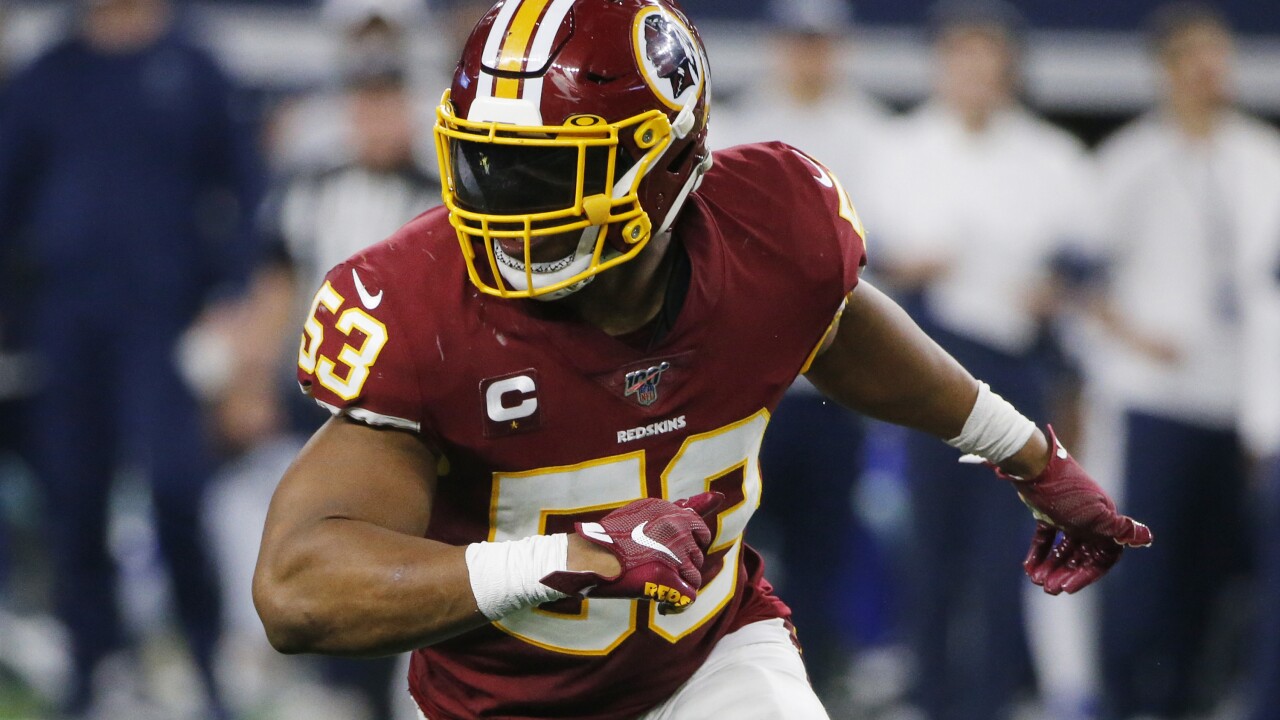 Michael Ainsworth/AP
FILE - In this Dec. 15, 2019, file photo, Washington Redskins inside linebacker Jon Bostic (53) during the second half of an NFL football game against the Dallas Cowboys in Arlington, Texas. A person with knowledge of the move tells The Associated Press the Redskins have agreed to re-sign inside Bostic to a $6.6 million, two-year deal. (AP Photo/Michael Ainsworth, File)

LOUDOUN COUNTY, Va. – The Washington Redskins announced today that they have re-signed linebacker Jon Bostic. Full terms of the deal were not disclosed.

Bostic, (6-1, 245), a six-year NFL veteran, entered the league after being selected in the second round (18th pick, 50th overall) of the 2013 NFL Draft by the Chicago Bears. Bostic has appeared in 86 games and has started in 62 of those contests. He has recorded 415 tackles (260 solo), 6.5 sacks, two interceptions, 12 passes defensed and two fumble recoveries in his career.

Last season, Bostic started all 16 games in which he appeared. He tallied a career-high 105 total tackles (56 solo), leading his position group and finishing second on the team behind safety Landon Collins. He also had one sack, one interception, two passes defensed and three tackles for loss.

Bostic played collegiately at Florida and appeared in 51 games with 32 starts.

Bostic, 28, attended Palm Beach Central H.S. in Wellington, Fla. where he received all-state honors and was selected to the U.S. Army All-American Bowl team. He was born May 5, 1991.