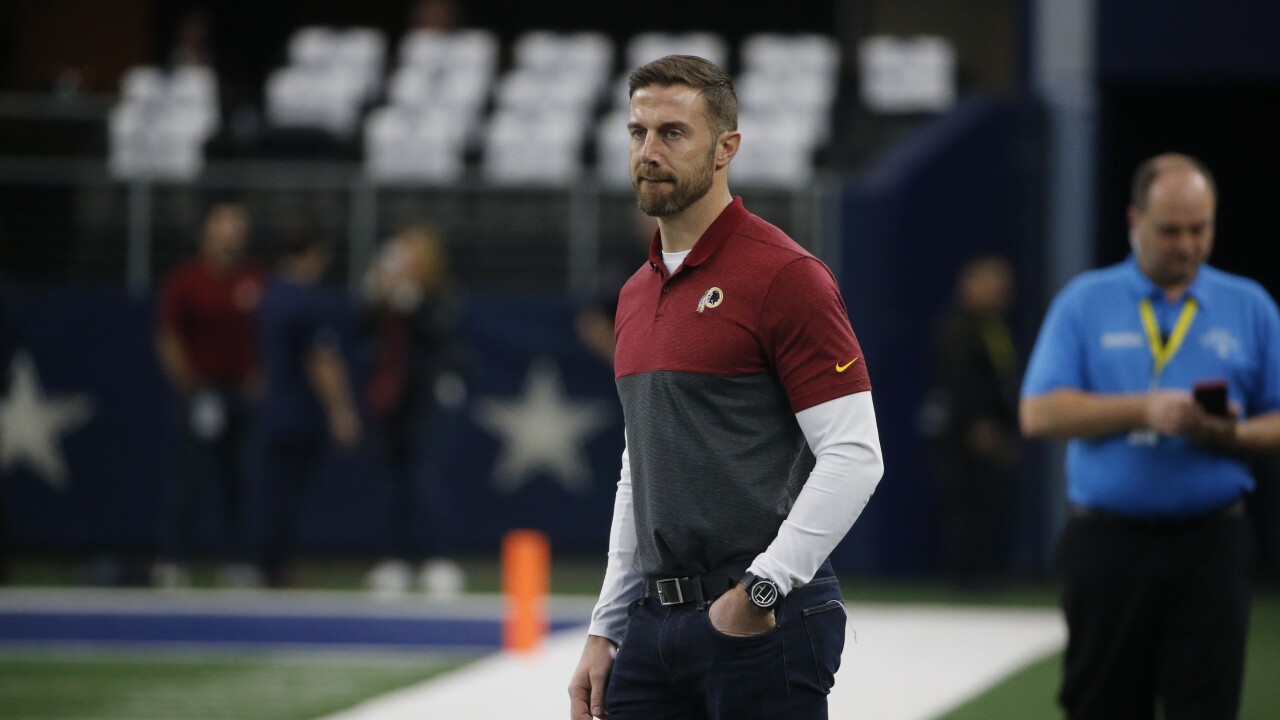 LOUDOUN COUNTY, Va. (AP) - Washington put quarterback Alex Smith on the physically unable to perform list Monday on the eve of the start of training camp.

A physical showed Smith’s right leg has medically recovered 20 months after he broke the fibula and tibia in it during a game. But the 36-year-old veteran hasn’t been fully cleared for practices, contact or full football activity.

Putting Smith on the PUP list allows the organization’s medical staff to monitor his progress.

Smith is signed through 2022, though his playing future remains murky. He hasn’t played since the gruesome injury in November 2018 that required multiple surgeries.

The team’s previous regime acquired Smith in a trade with Kansas City in 2018 and signed him to a $94 million, four-year extension.

Smith threw for 2,180 yards, 10 touchdowns and five interceptions in 10 games with Washington. During his career that included previous stops with San Francisco and Kansas City, the 2005 No. 1 pick has thrown for 34,068 yards, 193 TDs and 101 INTs.

Washington also put linebacker Reuben Foster on the PUP list and added injured receiver Kelvin Harmon to the non-football injury list after he tore the ACL in his right knee.