Washington's Chase Young ruled out for Sunday's game vs. Ravens 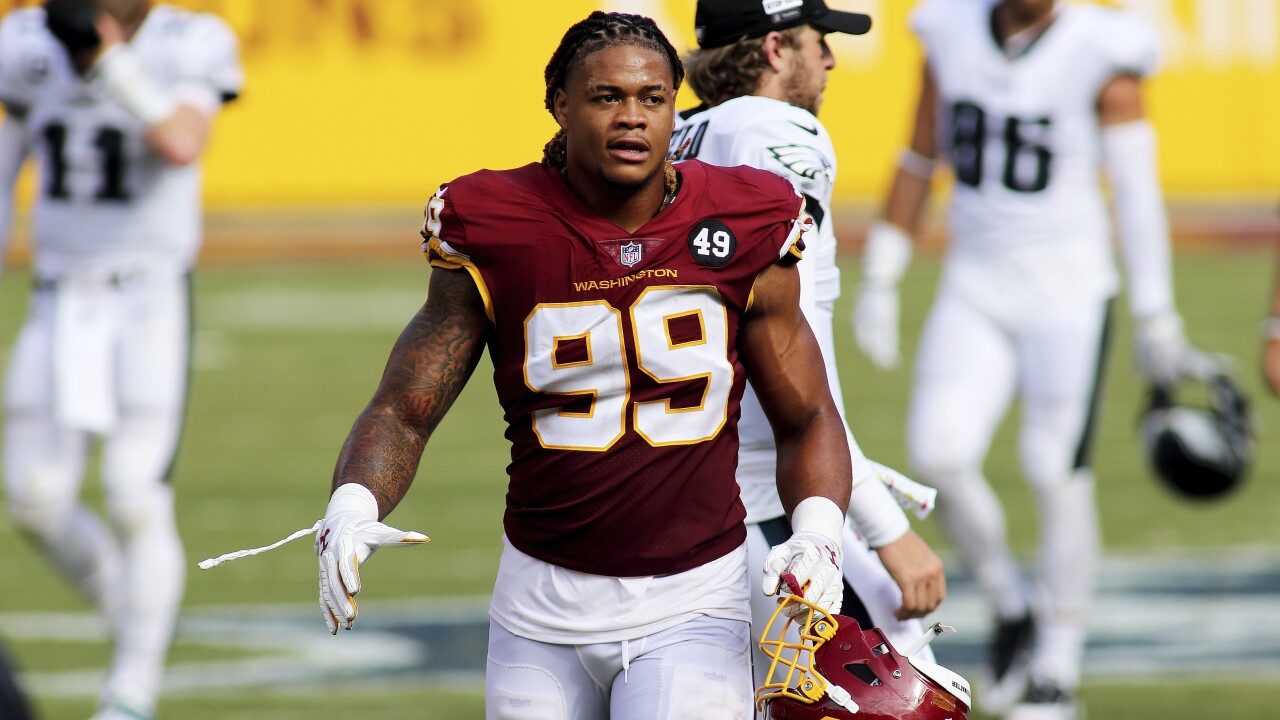 LOUDOUN COUNTY, Va. - After leaving last Sunday's loss at Cleveland with a groin injury, Washington star rookie defensive end Chase Young has been ruled out of this week's game vs. Baltimore.

Washington Linebacker Cole Holcomb has also been ruled out (knee), as has starting receiver Steven Sims, Jr. (toe). After not practicing Friday, receiver Terry McLaurin is listed as questionable with a thigh injury.

Additionally, Washington placed running back Bryce Love on Injured Reserve Friday. The fourth round selection in the 2019 NFL Draft has yet to be active for a regular season game.