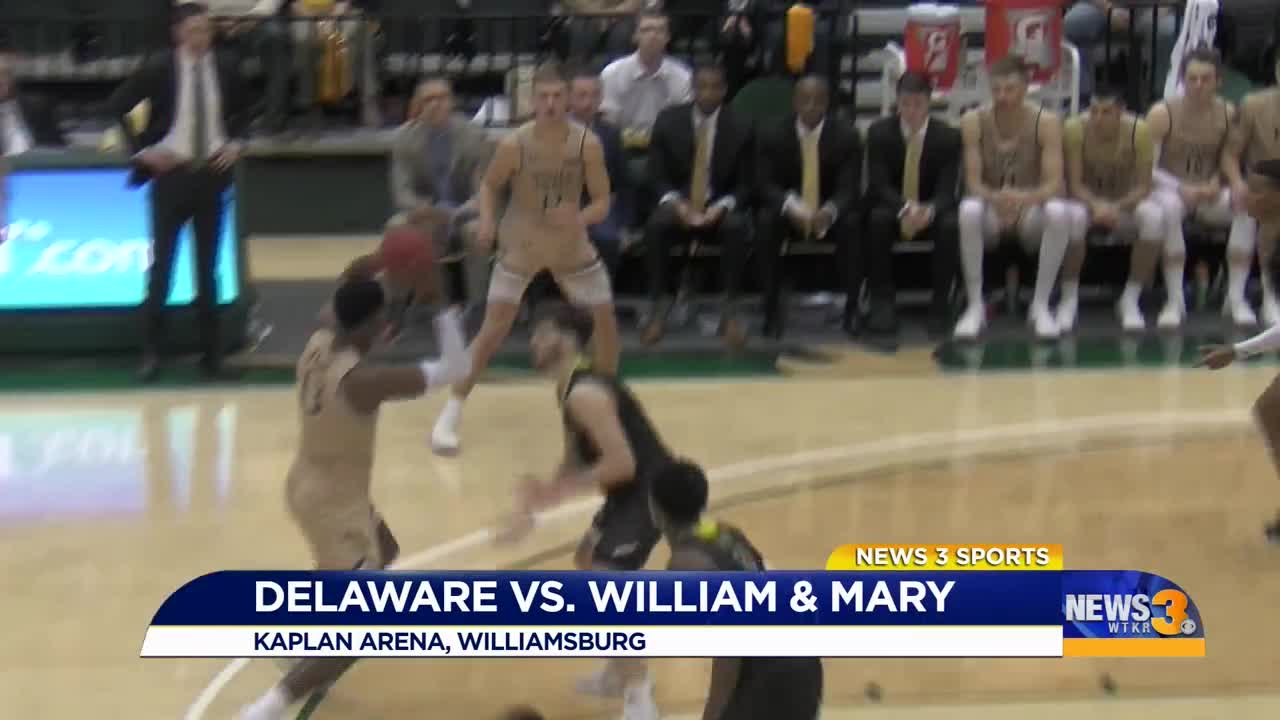 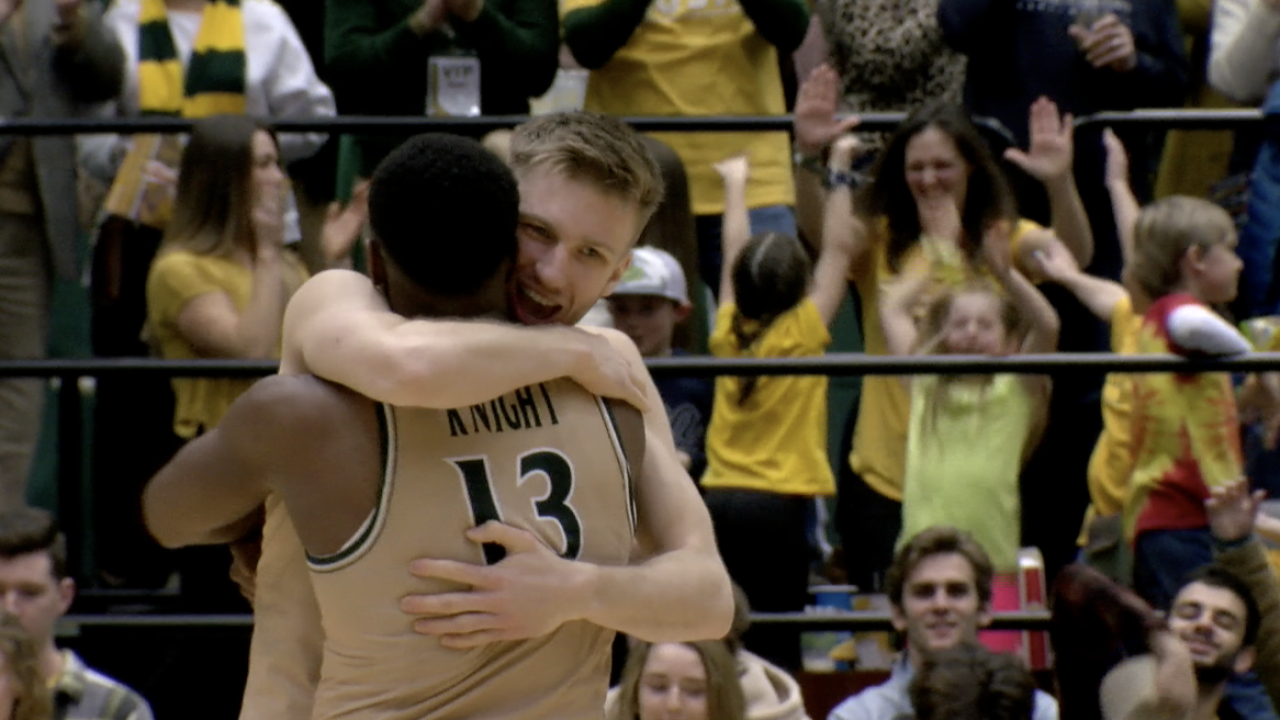 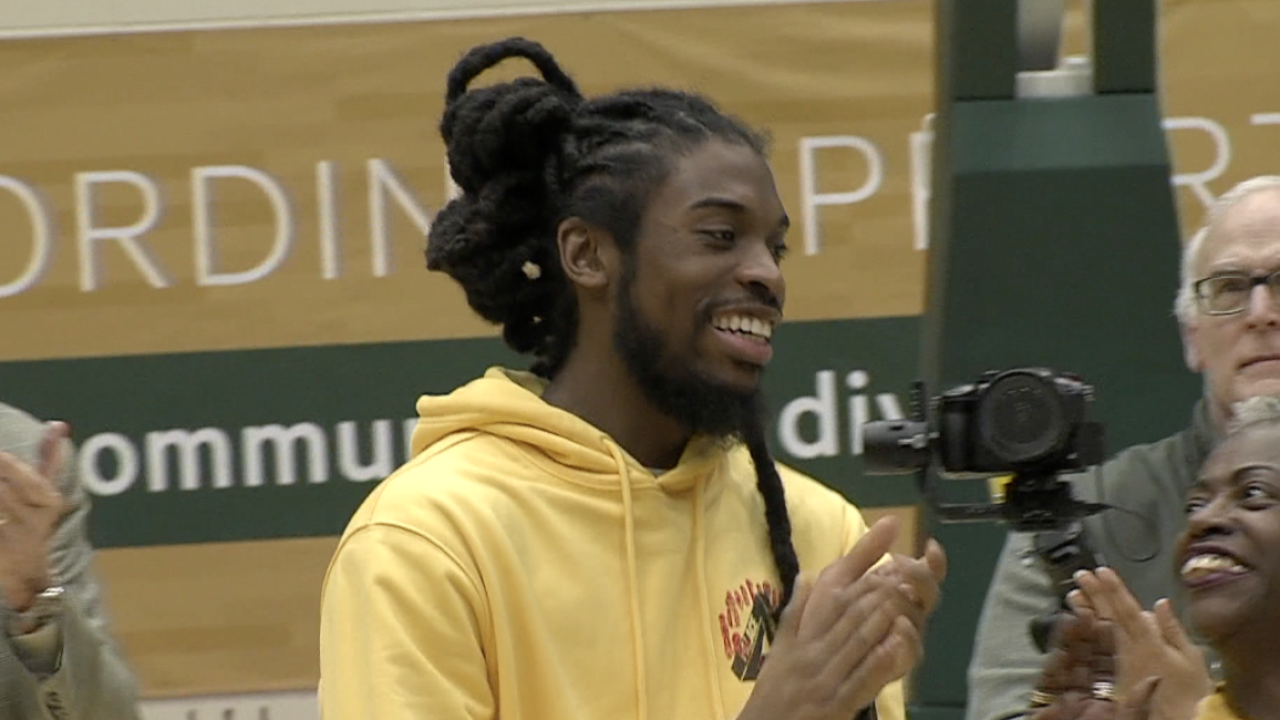 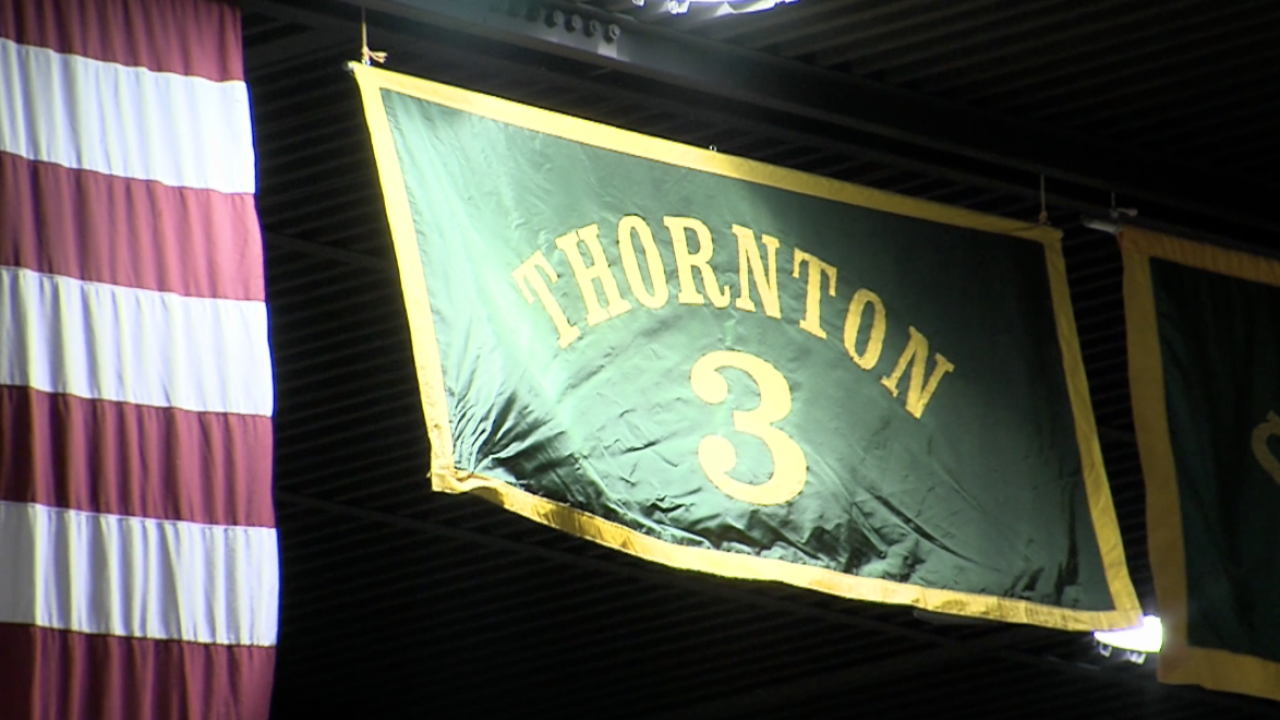 WILLIAMSBURG, Va. (TribeAthletics.com) — Basketball ebbs and flows, that much is virtually guaranteed. But what happened Saturday afternoon at Kaplan Arena was anything but normal.

With game-turning runs to start and finish the second half, William & Mary came back from a six-point deficit in the final 7 ½ minutes for an 81-77 win over Delaware. The Tribe (18-10, 10-5) moved into sole possession of second place in the Colonial Athletic Association.

And back came the Tribe, which outscored Delaware 28-18 the rest of the way.

Crazy, right? A Gold Rush crowd of 5,090 hung on for every twist and turn.

"You have to have an understanding that that's how it goes," W&M head coach Dane Fischer said. "We've had a few games this year when we've made a big run and a team has made a big run back at us. Our guys have done a really good job of staying calm and staying poised.

"You can't get too caught up in the scoreboard or 'Man, we're down eight now and we were just up.' You just have to keep playing the right way. This group has done a good job of that."

Things didn't look so good with 9:18 remaining, when Collin Goss' basket extended Delaware's run to 13-0 and gave the Blue Hens a 59-53 lead. At that point, the Tribe hadn't scored in more than four minutes.

Finally, with 7:32 remaining, Nathan Knight knocked down a 3-pointer from the left wing. It was only his third basket from the arc in six games, but it cut a six-point lead in half.

After a miss on Delaware's end, Quinn Blair scored in the post. Knight blocked a shot, and Luke Loewe hit a jumper from just inside the arc to put the Tribe ahead 60-59.

The Blue Hens' Ryan Allen answered with a jumper from the top of the key, but then came — going by the numbers, anyway — the game's most unlikely basket.

Left practically unguarded all afternoon, W&M's Tyler Hamilton was by himself when he took a pass in the corner. Delaware wasn't daring him to shoot, it was begging. He was 2-for-8 from deep this season, and his last make had come on Dec. 15.

"If I was a scout for Delaware," Knight said, "I'd want Tyler shooting that shot, too."

"Every day in practice, you see Tyler knocking down shots," Knight said. "That's not what he does a lot of, but we have immense trust in him."

But, of course, back came Delaware. Nate Darling, who scored 25 of his 36 points in the first half, made a pair of free throws. On the Blue Hens' next possession, Loewe was called for a foul diving for a loose ball. After protesting, Loewe was hit with a technical.

That pretty much sealed it, but not without a twist. With his team trailing 76-72 and about 30 seconds remaining, Allen missed a 3-pointer. Barnes chased down the rebound in the corner and was fouled by Allen, who while diving to the floor appeared to roll into his leg.

Barnes was unable to continue, so Delaware coach Martin Ingelsby was allowed to pick anyone else on the floor to shoot in his place. Blair, who came in shooting 73% (22-of-30), was the choice.

Blair made both shots, which became even bigger after Darling hit a 3 on the Blue Hens' next possession.

"I heard (Ingelsby) talking to the ref and originally, I thought he said '12' — that he was picking Luke to shoot," Blair said. "Luke would knock them in. Then I heard him say '21,' and I kind of took it a little bit as disrespect."

Sitting beside Blair in the interview room, Knight interrupted: "I'm surprised they didn't pick me." Statistically, they should have. Knight was 8-of-13 from the line.

The moment capped a huge game by Blair, who finished with a career-high 13 points on 5-of-6 shooting. Six of that came in the final 2:45.

"Quinn was terrific today," Fischer said. "What he did today that he hasn't done a ton of this season is, we played him at a couple of different spots. He's played mostly as a four, but we played him as a three so he was out there with Nate and Andy (Van Vliet) at the same time.

"He gave us a huge boost. He had a couple of key defensive plays where he was off the ball and really clogged it up on their better guys. And then to go to the line in that spot and knock down two free throws was big. I was proud of the way he performed, especially in the second half."

NOTES: Knight moved into second place on W&M's career scoring list with 2,071 points. He trails Marcus Thornton, whose jersey was retired at halftime, by 107 points with four guaranteed games remaining. … Knight also posted his nation-leading 21st double-double. … Barnes tied his career high with seven assists. … W&M's next game is Thursday night at Towson, which defeated the Tribe 70-58 on Jan. 25 in Kaplan.