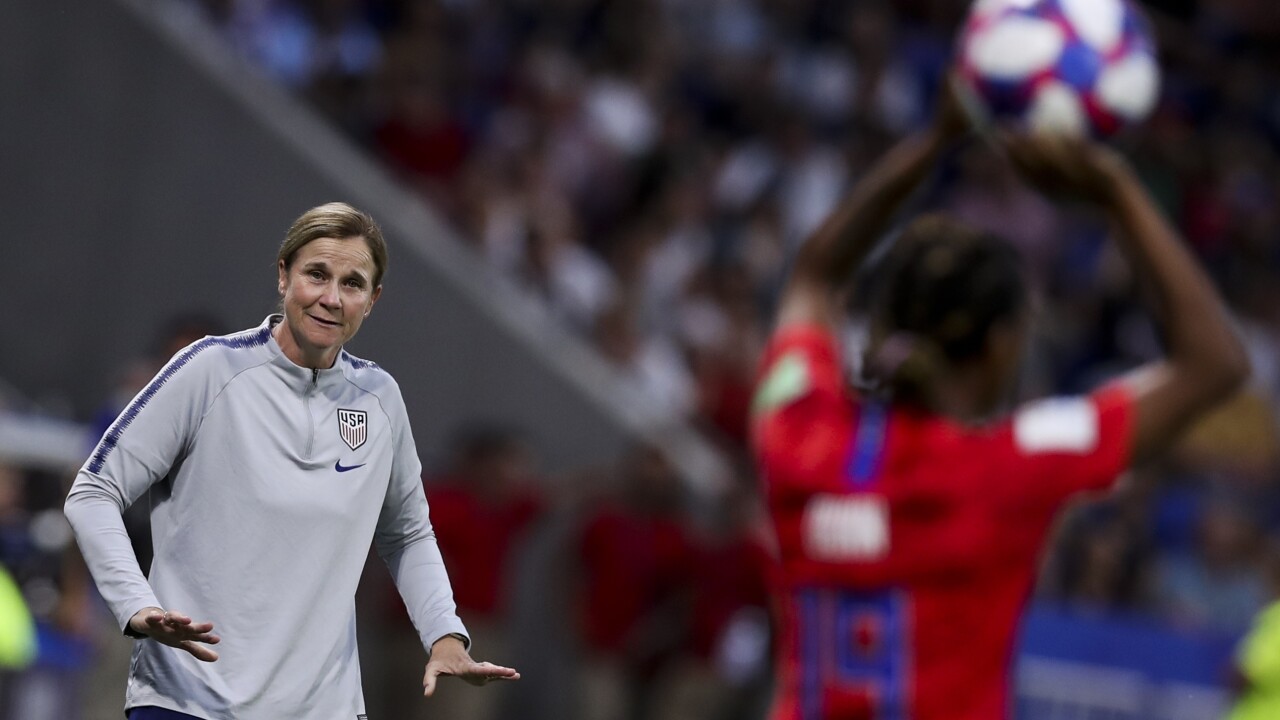 WASHINGTON - Jill Ellis, a William & Mary alumna, is in the mix to make more soccer history.

The two-time World Cup-winning coach with the U.S. women's national team is reportedly a candidate for the head coaching vacancy with D.C. United of Major League Soccer. The Athletic was the first to report Ellis is being considered, and it was later confirmed by ESPN.

Should she land the job, Ellis would be the first female manager in the history of MLS.

Ellis stepped down as coach of the national team in July 2019, just over three weeks after she led the United States to a second consecutive World Cup title. She's the first coach in Women's World Cup history to win back-to-back World Cup titles and just the second-ever to accomplish that feat in FIFA history.

Named to the job in 2014, Ellis led the team to eight overall tournament titles. Over the course of her tenure, the United States lost just seven matches.

Jill played forward for William & Mary from 1984-1987 and ranks ninth in career points with 83, while earning Third Team All-America honors during her senior season. She helped the Tribe to the NCAA tournament all four seasons, including a trip to the Elite Eight in 1987.

Jill earned her degree in English literature and composition and has remained closely connected to W&M since graduating. On the heels of her second Word Cup Victory, Jill returned to her alma mater to participate in the 2019 Homecoming Weekend. In 2016, she served as speaker at the Commencement ceremony and was awarded an honorary degree. In 2015, Tribe Athletics recognized her with the Tribe Champion for Life award.