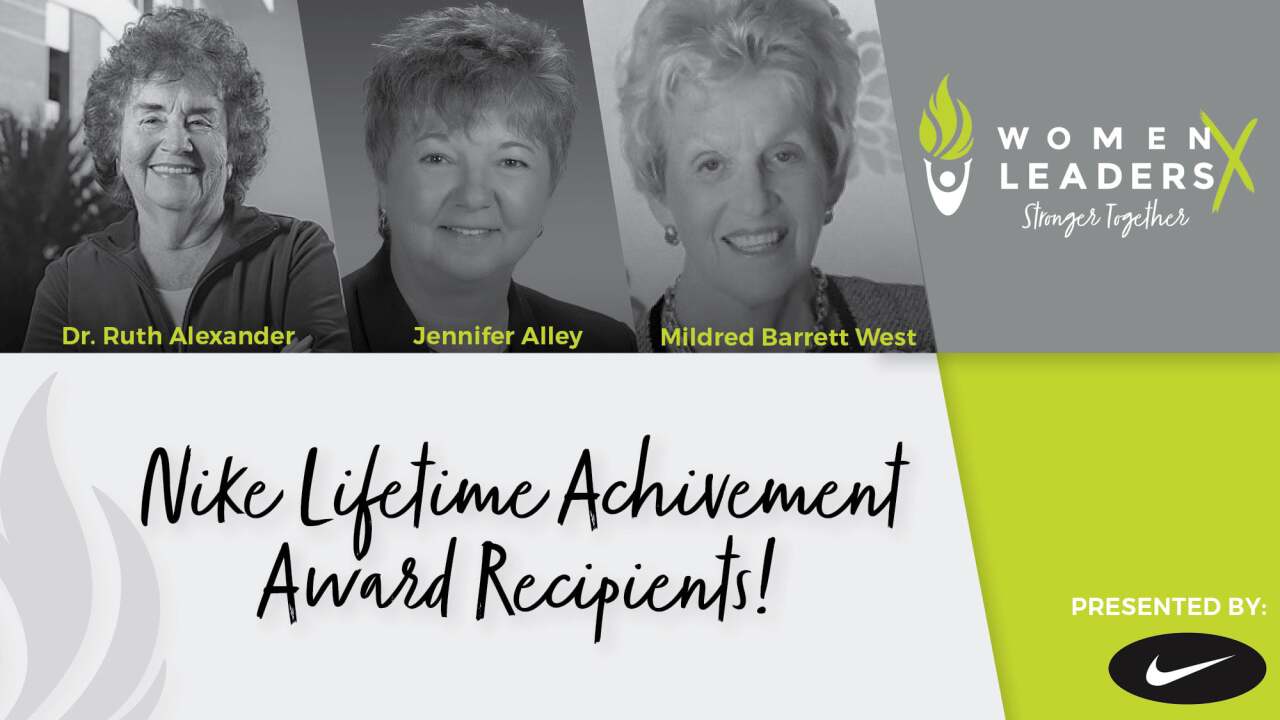 Over her 60 years of service to the university, West served in a variety of roles and was a pioneer for women's athletics and a true inspiration for generations of student-athletes. Millie's leadership was defined by her integrity, her service to others and her commitment to inclusiveness. She passed away in February at the age of 85.

West first came to W&M in 1959 as an instructor in physical education, and shortly became synonymous with Tribe Athletics as a coach, professor, and administrator. She was the Chair of the Physical Education and Kinesiology Departments, the Director of Women's Athletics, a coach of tennis and swimming, and a mentor to thousands. Millie was elected an honorary alumna of William & Mary in 1991 and honorary doctorate in 2017, inducted into the Intercollegiate Tennis Association Women's Hall of Fame in 1998, and the W&M Hall of Fame in 2000. The university's tennis facility, located on Brooks Street, is named in her honor.

The Lifetime Achievement Award, presented by Nike, is bestowed annually to administrators and professionals who have dedicated their careers to advancing women in sport. Because of their tireless efforts, girls and women participating in sport can enjoy competitive athletics and/or athletic career opportunities. This award is given to individuals who have rendered meritorious service and have retired from or no longer directly involved in full-time employment in the profession.

The recipients will be honored with the Nike Celebration of Women social media campaign starting Tuesday, September 8 and during the Nike Celebration of Women feature during Women Leaders X, the organization's first virtual convention, Oct. 11-12. Nominated by their peers and selected by the Women Leaders Awards Committee for their service during 2019-2020, the award recipients are: