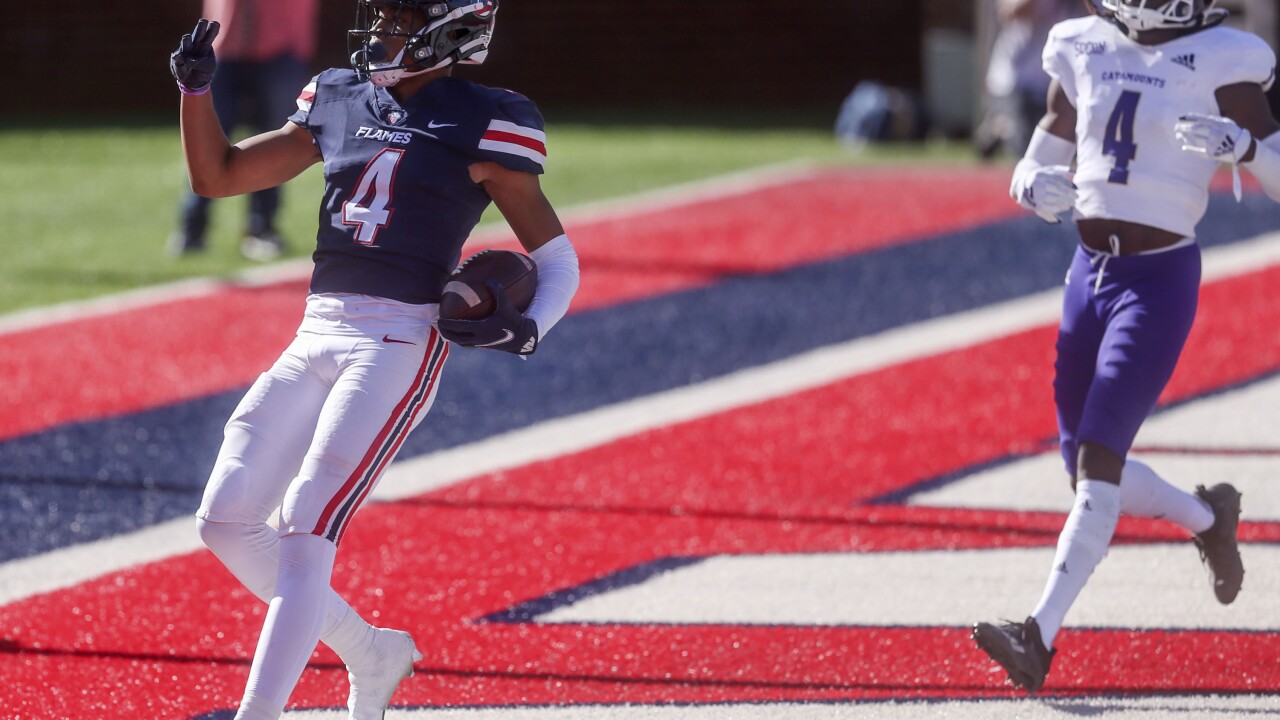 Willis threw for 306 yards and three touchdowns and ran for two more scores, leading No. 22 Liberty over Western Carolina 58-14 on Saturday.

Willis has accounted for 16 touchdowns in the past three games, including 12 in the air. The former Auburn backup threw for just three TDs in the Flames’ first five games.

“I think Malik’s just playing within the system and making the right read,” coach Hugh Freeze said. “ … He’s reading the progression pretty well and throwing catchable, accurate balls. We kind of always feel like we take what a defense gives you, that’s at least what we try to.”

Playing their first game of the season, the Catamounts (0-1) trailed 14-7 early in the second quarter. Liberty then scored four straight touchdowns in the next 14 minutes.

“I just felt like after the first quarter we just needed to lock in more,” Liberty wide receiver CJ Daniels said. “After we locked in, we got going.”

Willis accounted for all four of those scores that helped the Flames take a commanding 42-7 lead.

“They have one of the best quarterbacks in the country right now and got some talented receivers that we just couldn’t hold up against,” Western Carolina coach Mark Speir said.

Willis’ 43-yard touchdown run gave him 1,011 career rushing yards. He has tallied 700 yards on the ground this season after spending the 2017 and 2018 seasons as Jarrett Stidham’s backup at Auburn.

“We continue to do really good in the run game, but we have gotten opportunities to air the ball out and we just have to take those opportunities when we get them,” Willis said. “It’s just taking what the defense gives you and that’s part of this offense.”

The Catamounts used two quarterbacks in their season debut, and both produced a touchdown. Will Jones connected on a 9-yard pass to Clayton Bardall in the second quarter, and Mark Wright scored on a designed run from 3 yards out late in the third quarter.

Western Carolina: The Catamounts played their first game in 357 days after they ended last season with a 66-3 loss at Alabama on Nov. 23, 2019. They are now 0-58 against FBS competition and 0-6 against FBS Top 25 teams. Western Carolina plays two more games this fall before turning its attention to an eight-game Southern Conference spring schedule.

Liberty: The Flames haven’t had a problem distributing the ball to different players this season in replacing the production of Antonio Gandy-Golden, who had three 1,000-yard seasons and is now in the NFL with Washington. Eight players, led by Shaa and Daniels, caught passes from Willis and backup Chris Ferguson in the blowout victory. It is the sixth time this season at least eight different players caught passes from Flames QBs.

The Flames entered the poll for the first time in program history at No. 25 on Nov. 1 and moved up three spots to No. 22 after their dramatic win at Virginia Tech. Will their rise continue after a second win over an FCS program this season? With six games involving Top 25 teams either postponed or canceled this weekend, Liberty was able to make its case to the voters to move up the rankings as other programs were sidelined.

Liberty: at N.C. State on Saturday.