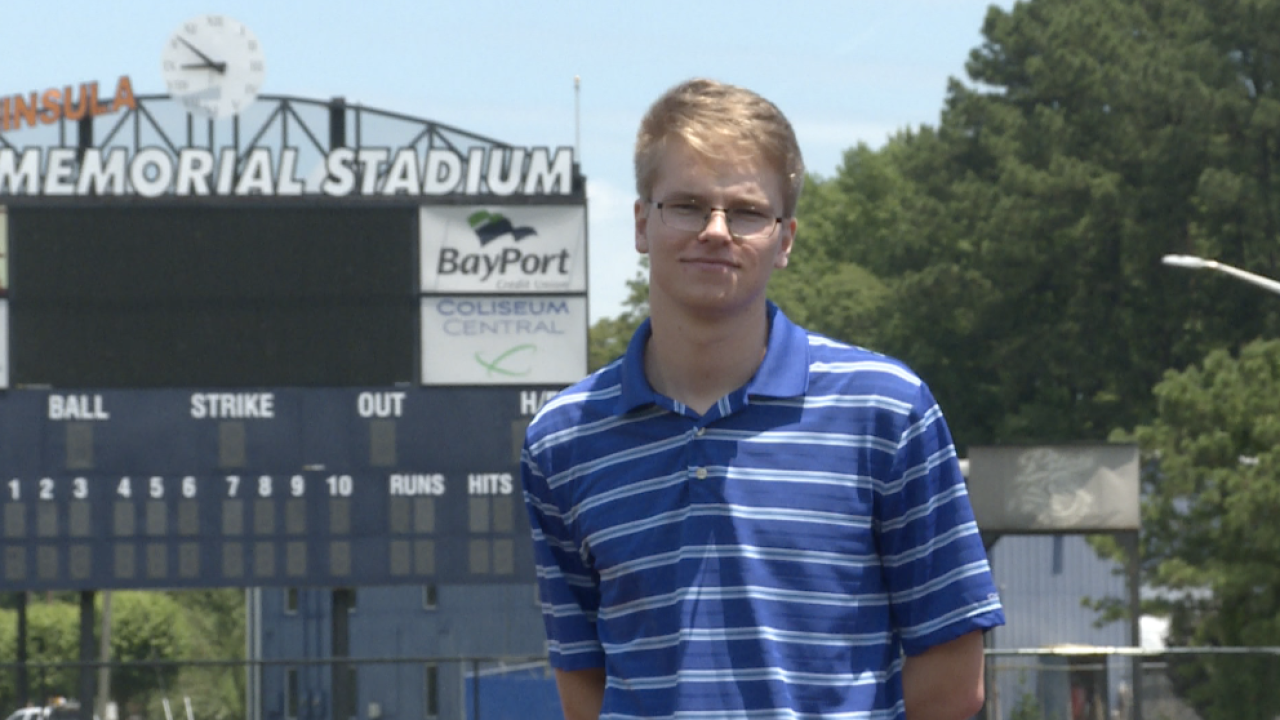 HAMPTON, Va. - The stands at War Memorial Stadium were supposed to be packed since the end of May when the Peninsula Pilots were scheduled to begin play in the Coastal Plain League, a collegiate summer league.

But, because of the coronavirus pandemic, the stadium's remained empty. Although, on Friday the Pilots will have fans in the stands again when they host their first home game of the season.

Friday also marks the homecoming for one of the Pilots' new additions.

"I grew up 15, 20 minutes down the road," Virginia Tech senior David Cunningham said. "I grew up coming to these games and I love the area. Hopefully I'm able to provide that hometown spice, if you will."

Yorktown native David Cunningham makes the transition from the bleachers to the press box, where he'll be the play-by-play announcer for the Pilots this summer.

“I've still got a job and I feel really lucky because there are a lot of other guys and students, especially in the industry that don’t have a job this summer,” Cunningham said.

The Hokies senior has been working toward this opportunity since he was just a few years old, calling highlights of himself while playing basketball in his driveway.

Fast forward to now and he's the voice of the Pilots as they prepare to play a 28-game schedule over the course of a month.

Attendance numbers - like the amount of sporting events we're able to watch during this pandemic - will be small than usual. The line is being drawn at one thousand fans compared to the usual 3,750. But, that also means more ears will be on Cunningham's call.

"They’re gonna pack the place out as much as the governor and everybody else is gonna let ‘em," Cunningham said. "It's such a big part of the community and everybody wants to come to these games, and hopefully I'll be able to give those listeners, those fans at home, something that they really cherish."

Fans of all kinds, either in attendance or at home, get to cherish Pilots baseball once again when the Pilots kick off their home slate at 7:05 p.m. Friday night.