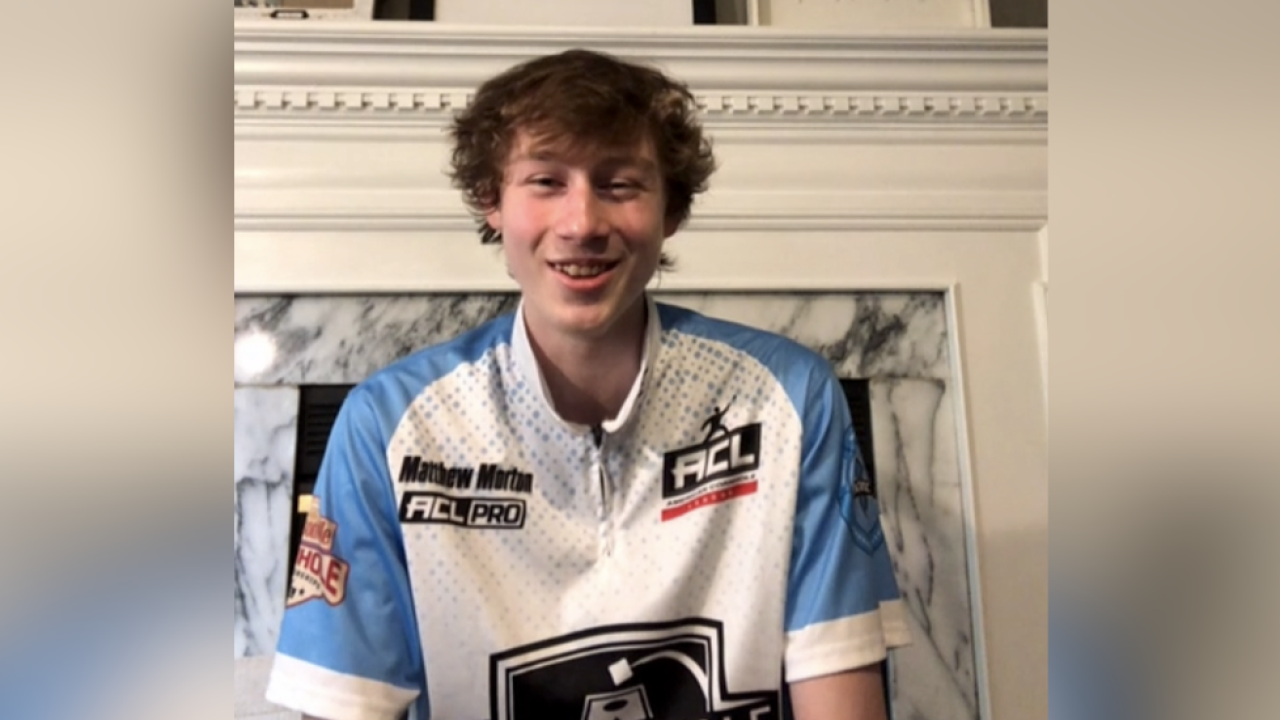 YORKTOWN, Va. - When it comes to tailgate games, it's cornhole that reigns supreme.

Although, while you might be a good cornhole player at tailgate, or while playing in your backyard, it takes a lot of dedication to compete with professionals like Tabb High School's Matthew Morton.

"They usually say they can beat me," Morton said while explaining the reaction he typically receives when he tells people he's an American Cornhole League pro. "After I show them some clips and stuff like that they slowly realize it’s more than what they think.”

Cornhole became one of the first sporting events to air live on television since sports leagues across the country shut down because of the coronavirus pandemic. There were a lot of eyes on the sport and Morton, who says his phone started blowing up after he won the tournament.

"It was like five times more than normal," Morton said. "I had people finding my email. It was crazy. There was tons of people texting me, congratulating me.”

"With us being one of the first sports out live, it gives us kind of a good advantage to be more well known," Stacey Moore, commissioner and founder of the ACL, said. "With a lot of new people tuning in for the first time and getting to see the skill of these top players, I think is really cool.”

As one of the league's top players, 17-year-old Morton isn't just impressing viewers with his skill, but also inspiring emulation from his peers because of his unique throwing styles.

"That’s the little edge that puts you above everybody else," Morton said. The little go-around shots, that could change the game.”

“He has been pretty innovative in terms of his throwing style," Moore said. "We see other pros looking at Matt Morton and saying, I think I need to do what that kid’s doing.”