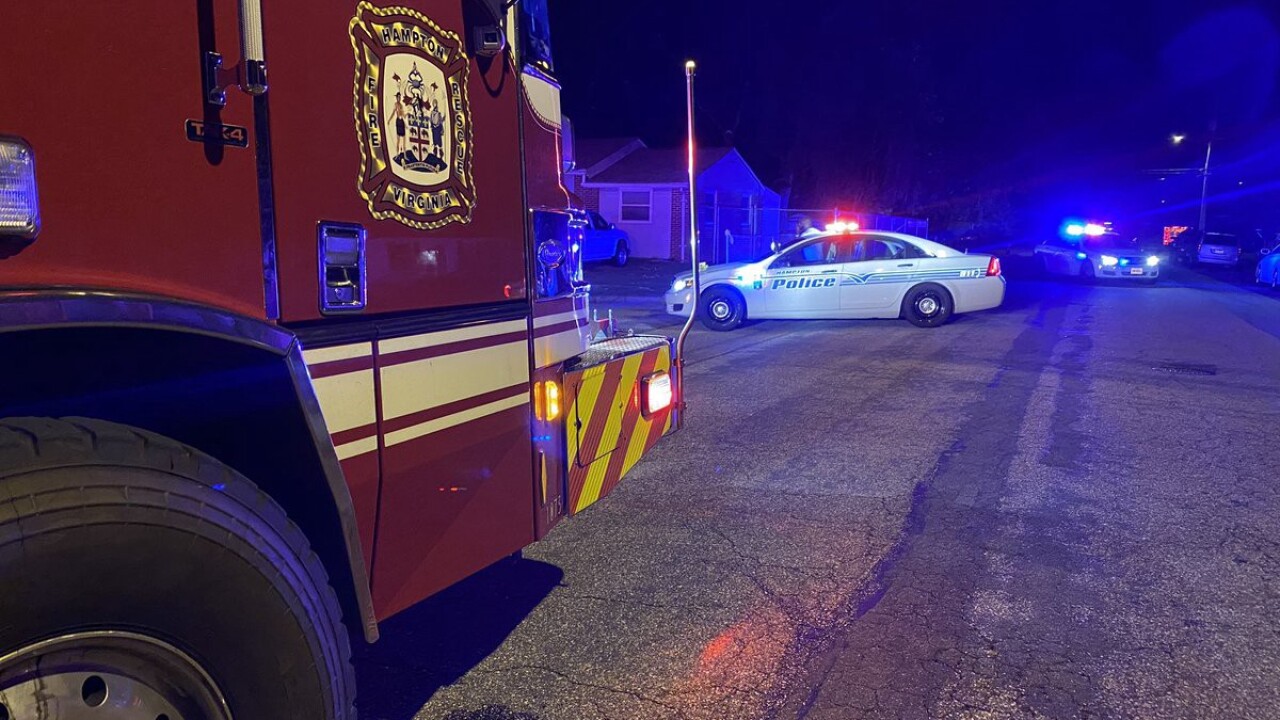 HAMPTON, Va. - Police are trying to identify the suspect(s) in connection with a shooting that injured two people while they were sitting at a picnic table in Hampton.

Around 11:39 p.m., officials received a call regarding a shooting that had just happened in the 2000 block of Egger Circle. Officers say they located a man and woman at the scene who had been struck by gunfire.

Both victims were transported to a local hospital to be treated for non-life-threatening injuries.

The preliminary investigation has revealed that the victims were sitting at a picnic table in the front yard of a residence when they were struck by gunfire. An unknown individual began shooting at them before fleeing on foot toward Winfree Road.

The motive and circumstances surrounding this incident remain under investigation and there is no suspect or suspect vehicle information to release at this time.

If you or anyone you know has information that will assist police, they are encouraged to contact the Hampton Police Division at (757)–727–6111 or the Crime Line.