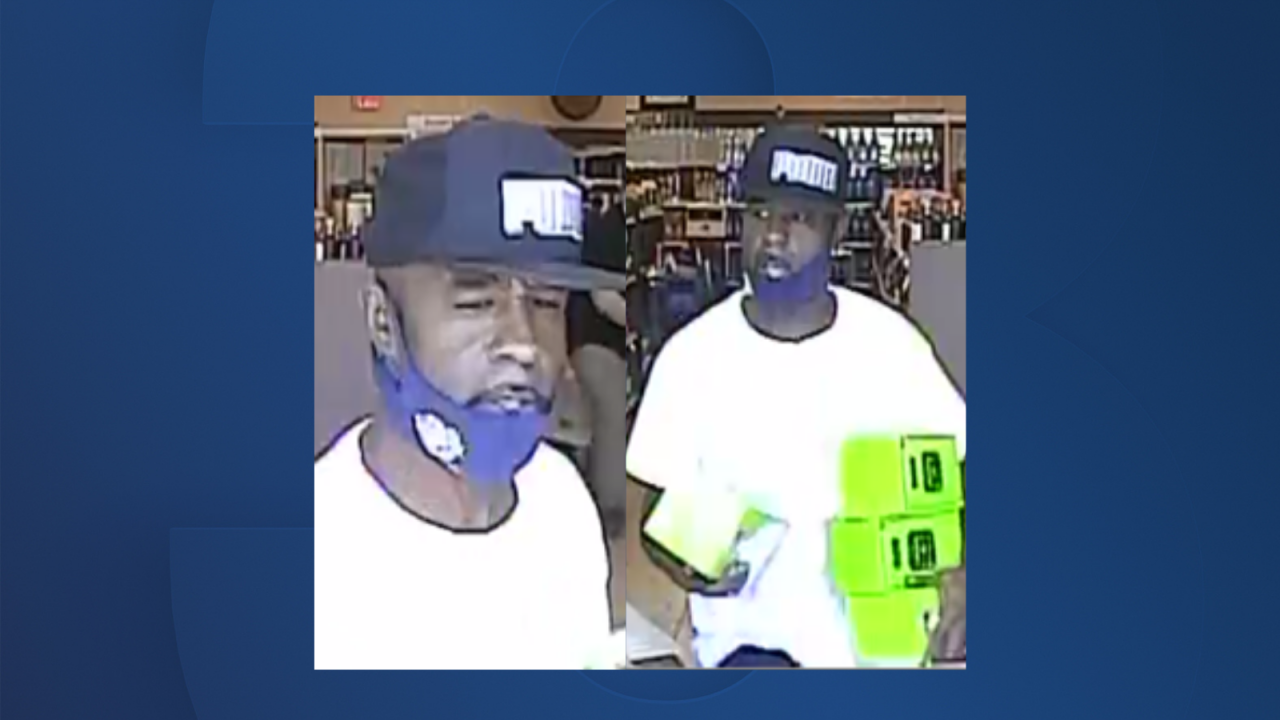 VIRGINIA BEACH, Va. - Virginia Beach Police are seeking the public's help in identifying a man wanted for attempting to steal several bottles from an ABC store.

According to officials, a sales associate at the ABC store on Northampton watched a man, with four bottles of Patron tequila in his arms, walk out of the store without paying for the items.

Police say the sales associate followed the man outside, wrapped his arms around the suspect from behind, and told him to drop the bottles.

The man tried to pull away and both fell on the ground. After a brief struggle on the ground, the man pulled away from the sales associate and stood up.

Police say the man took a few steps away, then returned to pick up two of the bottles.

Several other employees of the ABC store approached the man, but police say he started to swing the bottles at them to keep them back.

As the man was walking away with the bottles, he was then confronted again. He finally threw the bottles in the bushes and walked away.

If you have any information regarding this incident, please call the Crime Line at 1-888-LOCK-U-UP.