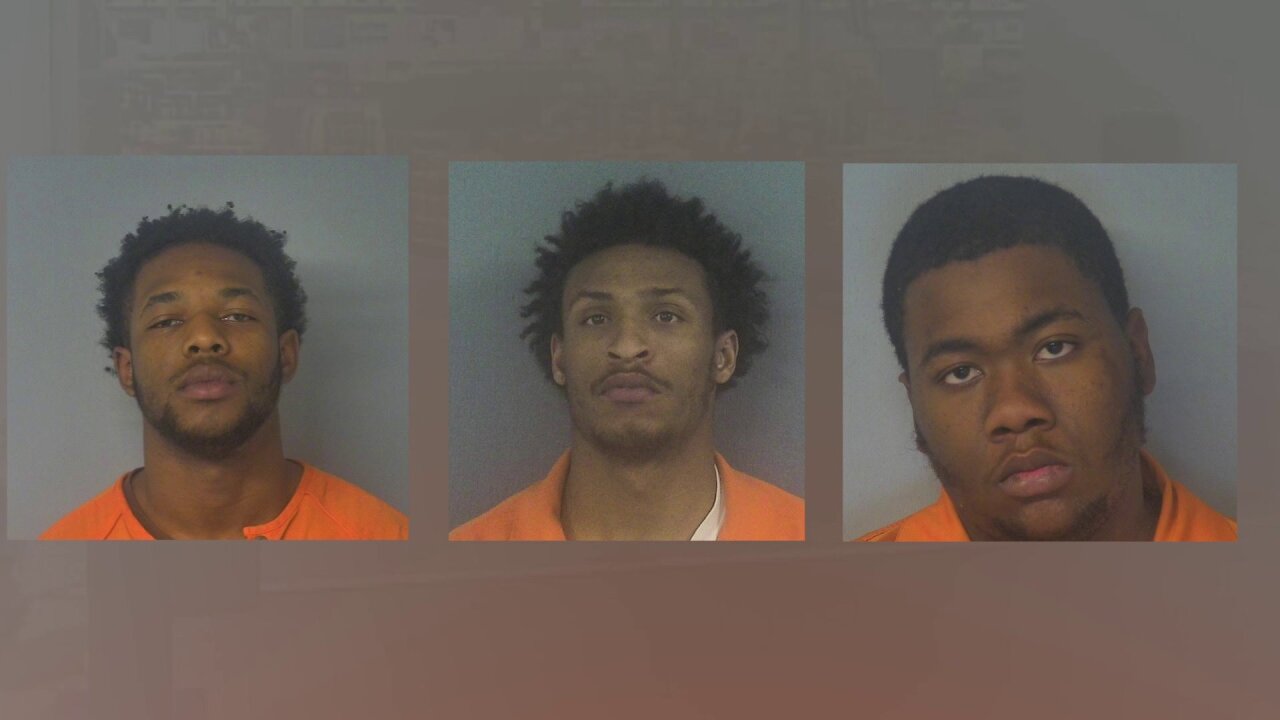 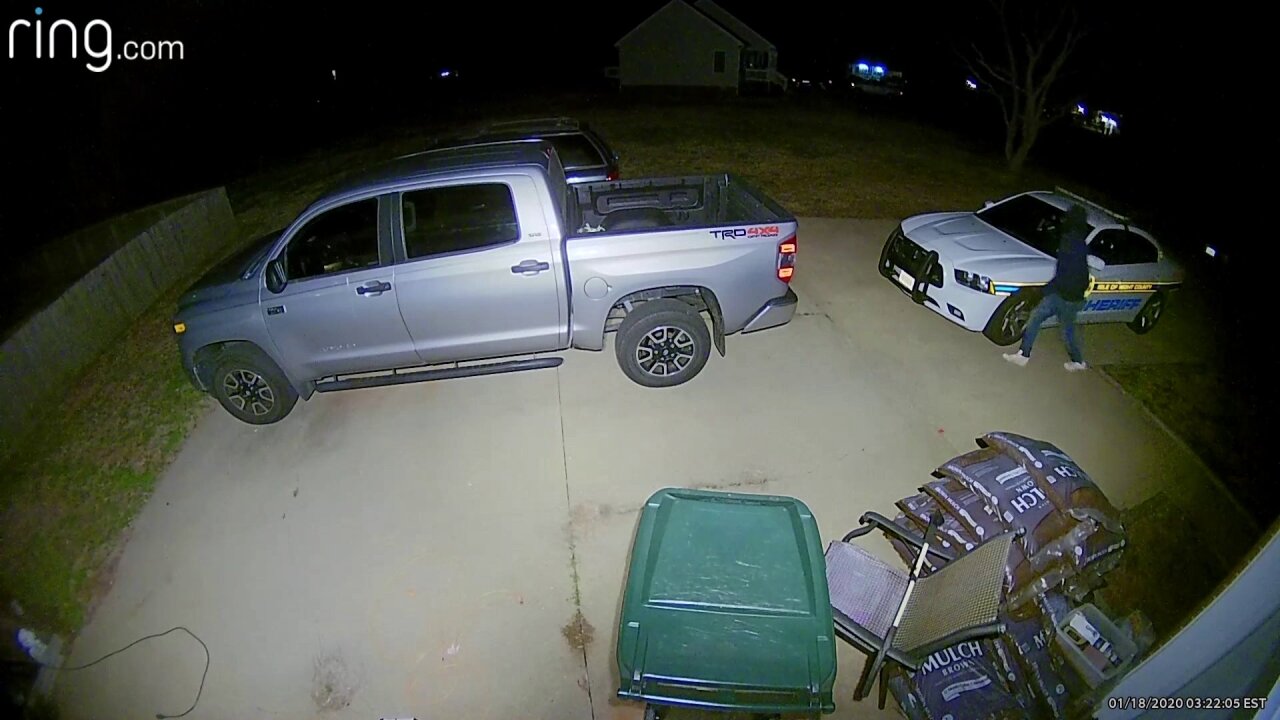 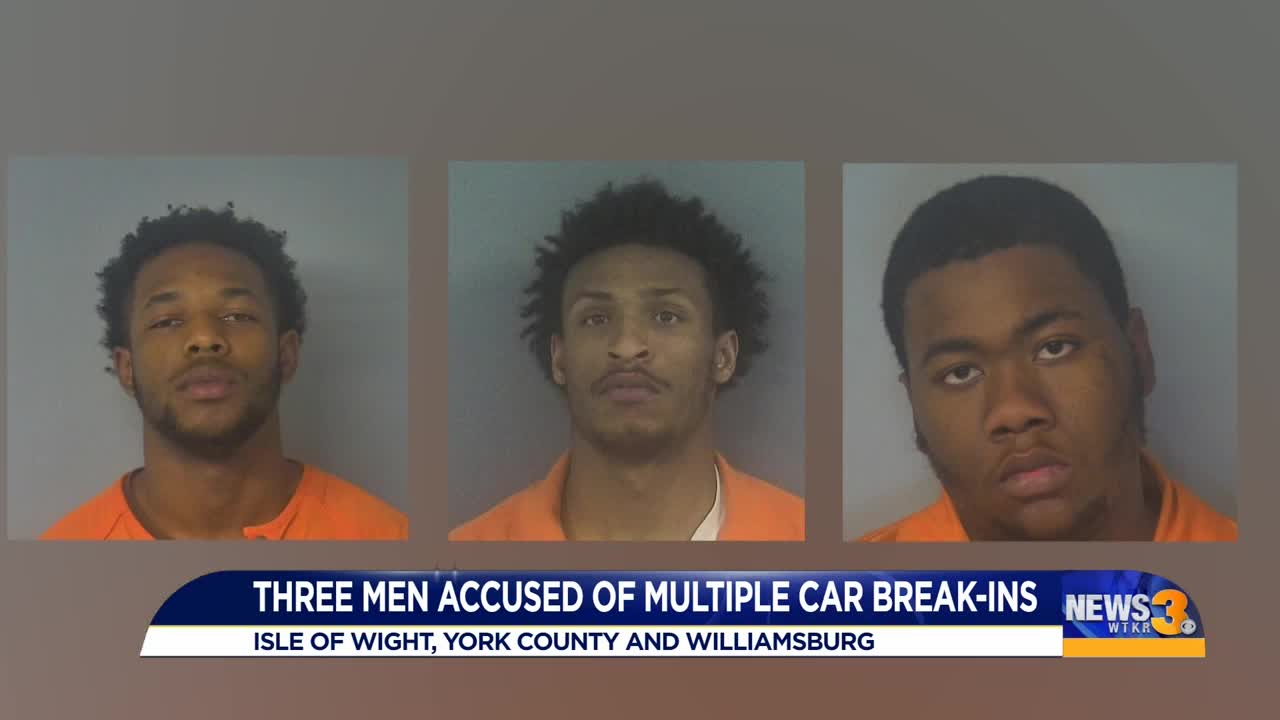 Law enforcement said there were multiple jurisdictions working together to make the arrests.

The men are facing charges in Isle of Wight, York County and Williamsburg.

He said their investigation began on January 22 when a man’s wallet was stolen out of his pick-up truck along with tools and credit cards.

Investigators said they were able to obtain video of three men allegedly attempting to use the credit cards at various locations in Newport News and Williamsburg.

They’re facing dozens of charges in the different justifications.

Currently, the suspects are all being held with no bond.

They all have court on March 26.

Isle of Wight County officials provided News 3 with video that shows a person trying to open the door to an off-duty deputy’s vehicle.

Authorities said that night in January, they took reports of several break-ins in the Carrollton neighborhood that are still under investigation.

“If these individuals are brazen enough to get into a marked law enforcement vehicle, it shows you to no end what they will go to try to take things,” said Potter.