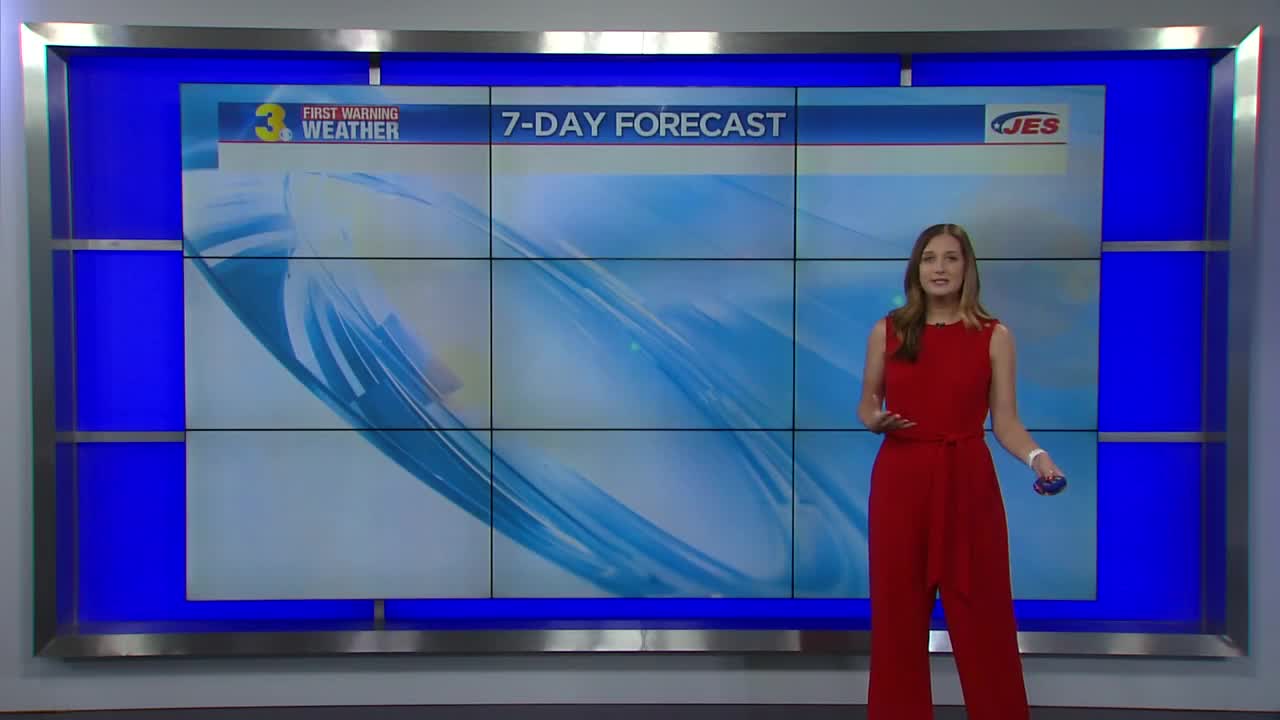 Leftover clouds will lead to partly cloudy skies overnight with lows in the mid 70s. The Perseid Meteor shower peaks tonight just after midnight and our viewing conditions will be Fair due to the intermittent clouds and half full moon. patchy fog with be possible Wednesday morning.

Highs will return to near 90 tomorrow with an afternoon heat index to 100+. Expect partly cloudy skies with scattered showers and storms, mainly in the afternoon. Storms will have the tendency of being slow-moving, which could lead to the threat of flash flooding.

Rain and storm chances will increase for the second half of the work week with more cloud cover. High temperatures will dip to the upper 80s but it will still be muggy. Afternoon heat index values will still climb to the mid and upper 90s.

Tropical Depression Eleven is moving toward the west near 14 mph, and this general motion is expected to continue through Wednesday.A west-northwestward motion at a similar forward speed is forecast to begin Wednesday night and continue through the rest of the week. Maximum sustained winds remain near 35 mph with higher gusts. Some strengthening is forecast during the next 48 hours, and the depression is expected to become a tropical storm by Wednesday night. The system would become Tropical Storm Josephine.