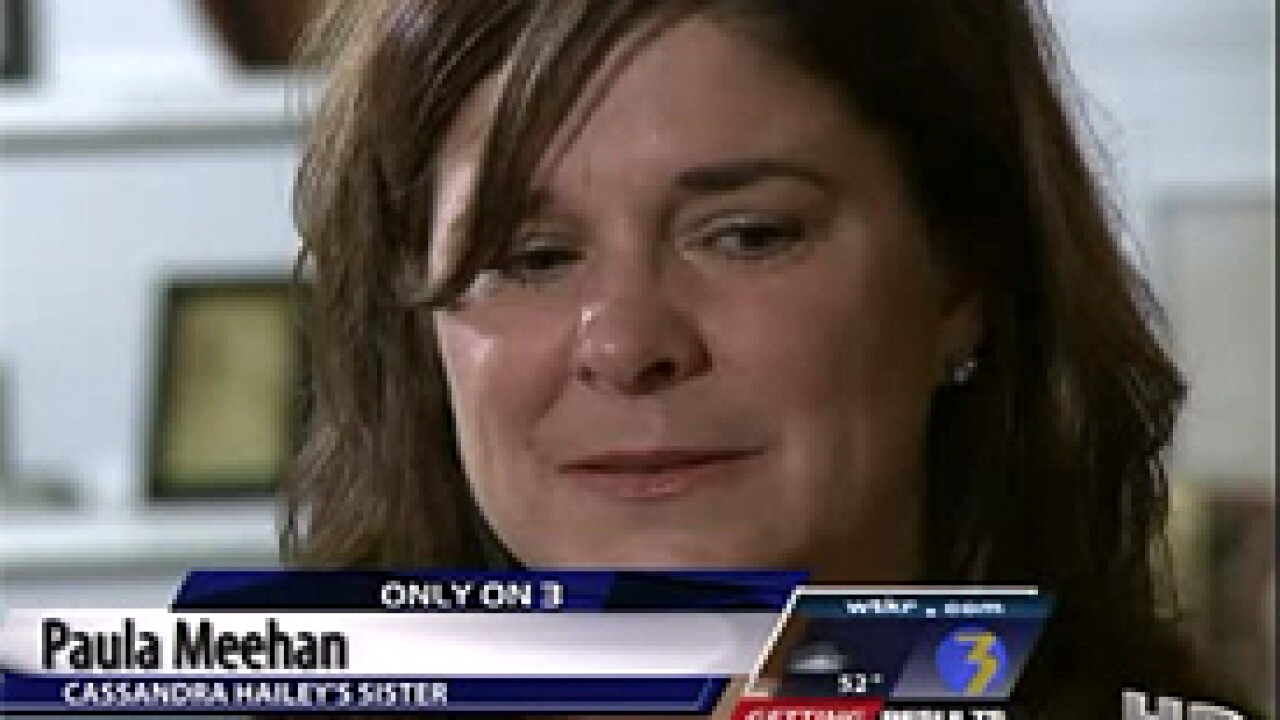 "We can't forget her. I am sorry. It is hard for me to talk about her."

It's been 21 years since Cassandra left on a date with Keith Call. Twenty-one years since police found their car abandoned, and Paula Meehan realized her kid sister was taken by a serial killer.

There is always a piece of the family missing.

When the killer prowled the parkway, dozens of agents, officers and deputies hunted him. But as years passed, the effort waned. In 1989, the killings stopped, the cases went cold and the files went into storage. And that's where everything stayed, until September, when NewsChannel 3 broke the story that someone had leaked crime-scene photographs.

Agents promised families a new, top-down review of the murders.

"They've assigned someone to the case. And I am real happy about that. But I think one person might not be enough."

Paula wonders how a single agent could do anything with the mountains of files. How can one man get through volumes written by dozens, maybe hundreds?

"From what I understand, there is too much information. I feel bad for the guy, I think he is the right guy for the case, and I am optimistic about that, but I just feel as though he can't do it by himself."

"It's time we just put as many resources as possible on the case. Let's just get it done. Let's find out. We have wasted so much time. Because the answer has to be there. Somewhere."

When Paula agreed to tell Cassandra's story, she said it would be a struggle for her. She says the pain is just as raw now as it was in 1988.

"I remember early on, I was in the car going somewhere, and I see people in the other cars and they are just living their life. And I'm like, don't you know what happened? Something terrible has happened. It's like, ah, why isn't the world stopping and figuring this out?"

"That's how it affects you. Like everybody needs to stop to figure out where she is and what has happened and why this is happening. But the world just kept going. And here we are 20 years later."

Twenty years later, Cassandra is still a river running through Paula's life. Look just over her right shoulder. That's Cassandra's picture. Paula keeps it up front in a nook of family photos.

"My life has moved on but my heart hasn't."

To Paula, the killer didn't take away just a vibrant, bright college kid, he took away all the amazing possibilities.

"My son doesn't have an aunt. We don't have nieces and nephews we could have had. And we don't have answers. I'm sorry, it is very hard to talk about her and what her life could be like."

She and other families say they're pressing harder now because to them, this feels like their last, best chance for answers.

"I didn't really think of it like that. That seems like such a hard word. Maybe. Maybe so. I don't think friends and family have forgotten. But, maybe they did."

Paula said she has full faith in the new agent on the case, but she knows a single person can't do this. In our first and only interview with the FBI on the Parkway Killings, agents said they would submit old evidence to new forensic tests. But since making that pledge, agents have refused to answer any more of our questions.