Detective thinks she knows who committed the Colonial Parkway murders 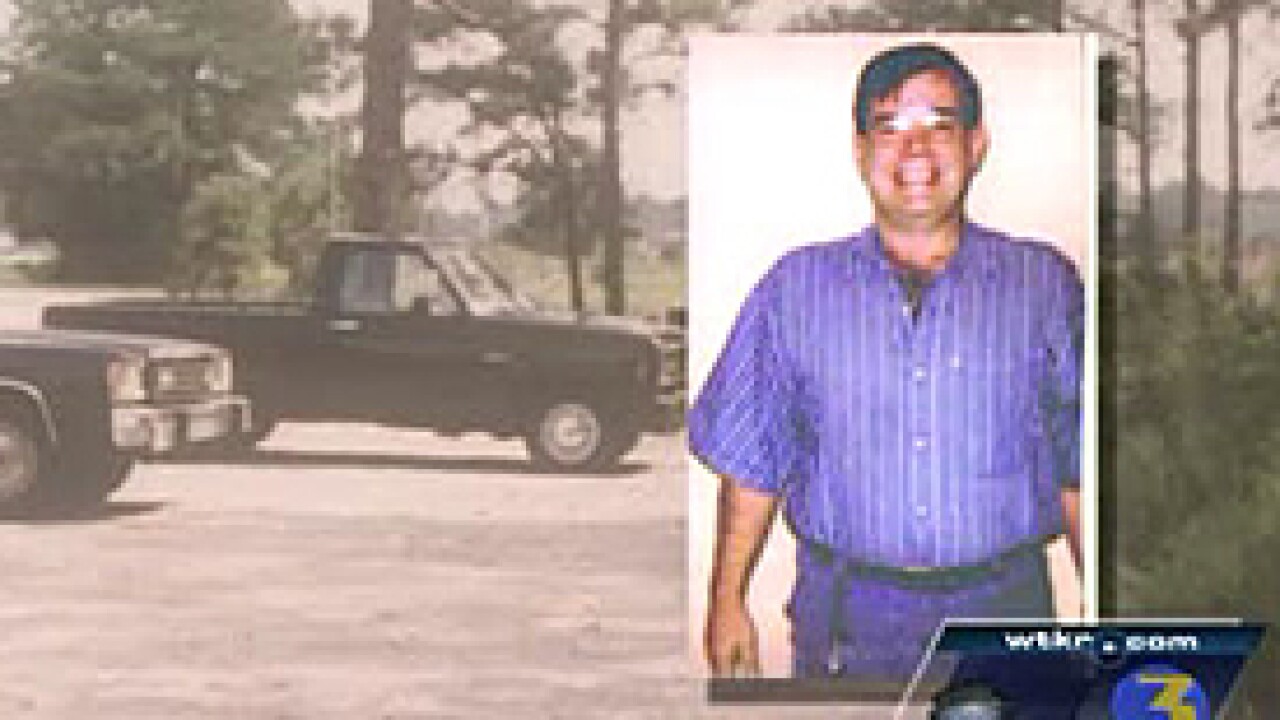 Eight people crossed paths with a serial killer in the late 1980s. A killer who prowled dark roads at night, who slashed and shot, who has remained a shadowy spectre for two decades.

The man who ended these young lives has been dubbed the Colonial Parkway Killer. Police don't know who he is, but one woman says she does.

"It points directly to him," she says.

The Gulf Coast of Florida is more than a thousand miles and 20 years away from the Colonial Parkway Killings. But it is also where a nationally known private investigator says she can solve the case. And she doesn't just have theories. She says she has evidence.

Lynn-Marie Carty usually steers clear of crime and violence. Instead, her job is to find missing relatives through her company, Reunitepeople.com That's what she was doing when she stumbled upon a man she now believes is the serial killer.

"It's time for the authorities to really take a hard look at him in Virginia," said Carty.

He is Michael Nicholaou, and there's no doubt he's a killer. In a bizarre Tampa, Florida crime three years ago, Nicholaou dressed up in a dark suit to kill his wife and stepdaughter.

This guy showed up with a guitar case full of guns.

Then Nicholaou killed himself. And maybe it would've all ended there, but Carty kept digging.

"This guy was really, really bad."

The private investigator found government records showing he'd killed before. Nicholaou admits murdering 30 civilians in Vietnam. The government prosecuted him but then dropped the case. And as Carty peeled layers, she came to this inescapable fact: when Nicholaou moved, serial killings often followed. During Colonial Parkway murders, Nicholaou lived in Charlottesville, and maybe even Virginia Beach.

"I believe in all my heart that Michael Nicholaou did these crimes."

Nicholaou's name is among dozens that surfaced in the two decades since the first murders on the Colonial Parkway. Police and agents checked them all out to one degree or another, but no one settled on a prime suspect.

The suspects included a park ranger who, according to those who knew him, sometimes patrolled the lonely roads at night. He died last year.

And a fisherman in the area who had strange sexual habits.

Agents checked out police officers, including state-trooper-gone-bad John Walter Ball, who was shot to death while robbing a store.

The suspects also include Jessie Ronald Walling, an unemployed heavy-equipment operator with a violent temper. He raped a woman and slashed her throat not far from the Parkway. When Walling went to jail for the murder, the Parkway killings stopped.

Major Ron Montgomery of the York-Poquoson Sheriff's Office arrested the rapist, and Montgomery worked two of the Colonial Parkway cases.

"I haven't seen anything that would eliminate Jessie Ronald Walling as a suspect in any of these cases. Whether or not he committed these crimes, I don't have any idea," he said.

But Montgomery says, a lot of the tips went like that. Can't rule them out, but can't make the connection, either. While the law agencies never settled on a single suspect, Lynn-Marie Carty did. She admits she's obsessed with proving Nicholaou responsible for the Parkway killings and other serial crimes. She turned to a newspaper reporter at the St. Petersburg Times. Together, she and Ben Montgomery cobbled a volume of evidence linking Nicholaou to a New England serial killing that claimed six women. Nicholaou lived right in the middle of it. As those killings ended, Nicholaou moved to Virginia. The murders on the Parkway began.

"I absolutely believe that Michael Nicholaou is going to be the one behind this and I believe that he has a sidekick that he brought along with him in some of the Colonial Parkway murders."

"I feel as though they owe it to the families to check this guy's DNA. I mean look at his background, look where he was, he was right there at the time."

Montgomery says it's possible the suspect's name is already somewhere in the files. And he says, he hopes all the investigators get together soon to discuss the case, and their old suspects.

"Could produce that one clue that might break this case."

While agents won't talk to us about this case, The FBI recently called some of the families to let them know we were airing this story. They wanted them to know FBI would test Michael Nicholaou's DNA.