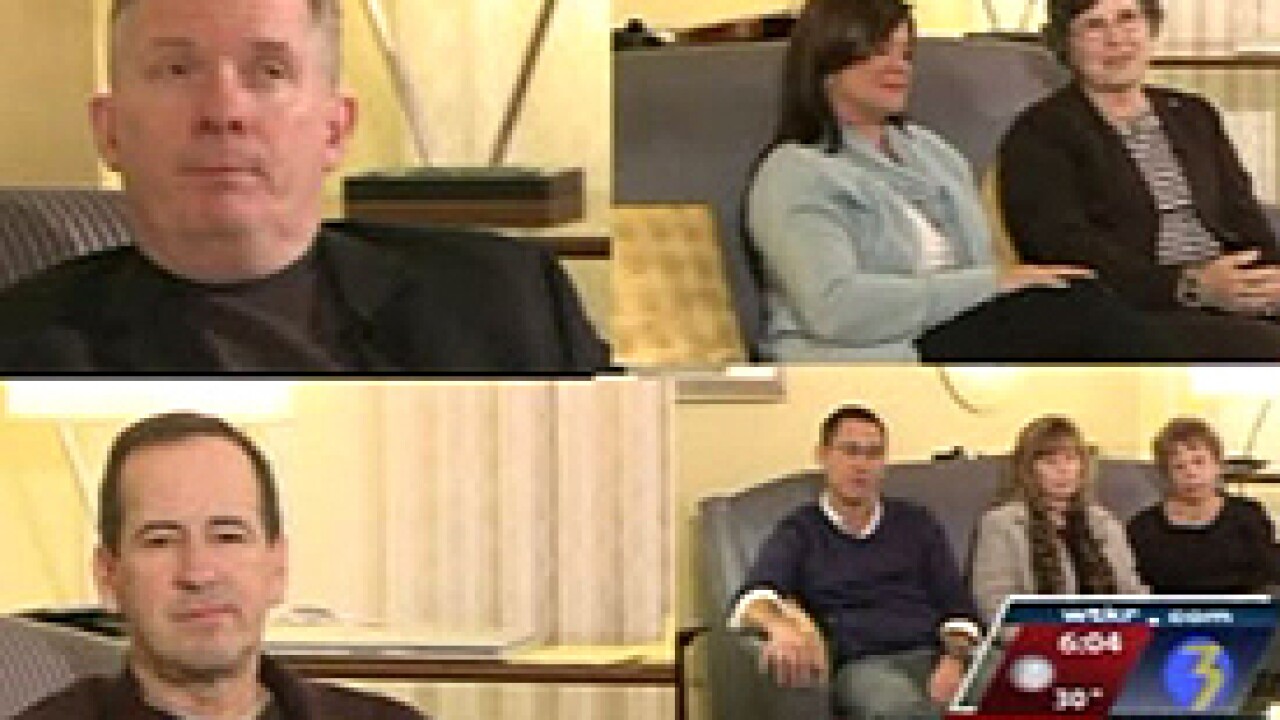 "We're very hopeful we are getting some progress reports."

Joanne Hailey took the train from Florida, for her daughter, Cassandra

"We want answers now. we don't want any double talk."

Chris Call also came from Florida for his brother, Keith.

"They should have been doing this a long time ago."

"You always wonder what could have been."

For the first time together, they will meet Friday with the FBI agents assigned to solve these old murders and disappearances. The families requested this meeting with the top local FBI agent, Alex J. Turner, to ask questions that have never been answered.

"I think I want them to reassure me that they are going to do it right this time," Joanne Hailey said.

Bill Thomas added, "I'd like to have a clear vision of where A.J. Turner and the FBI team intend to take this investigation."

After a NewsChannel 3 investigation revealed someone from the FBI leaked graphic crime-scene photos, Turner promised the families he would get to the bottom of that mystery, and at the same time, use new science and new agents to solve the cold cases. After decades of disappointments, some will be skeptical.

"They are going to have to show more than those guys showed the last time for me to say, OK, they are trying," said Joanne.

It will be an especially hard meeting for Joanne Hailey. Her daughter Cassandra was never found, and that means there is always that glimmer that maybe she isn't among the victims. And that sliver is what Joanne still clings to.

"I always pray that whoever has her lives her as much as we do and is keeping her alive and healthy."

For Bill, there is no such hope. The killer ended Cathleen's life in her car. The hope he still holds is that he'll one day learn who and why, or at the very least, that agents did all in their power to solve this case, even if they couldn't.

"If the FBI feally gives it its best shot in 2012 and are year from now we meet and they still haven't solved the crime (snip) I am prepared to accept that. We would be no worse off then we are right now."