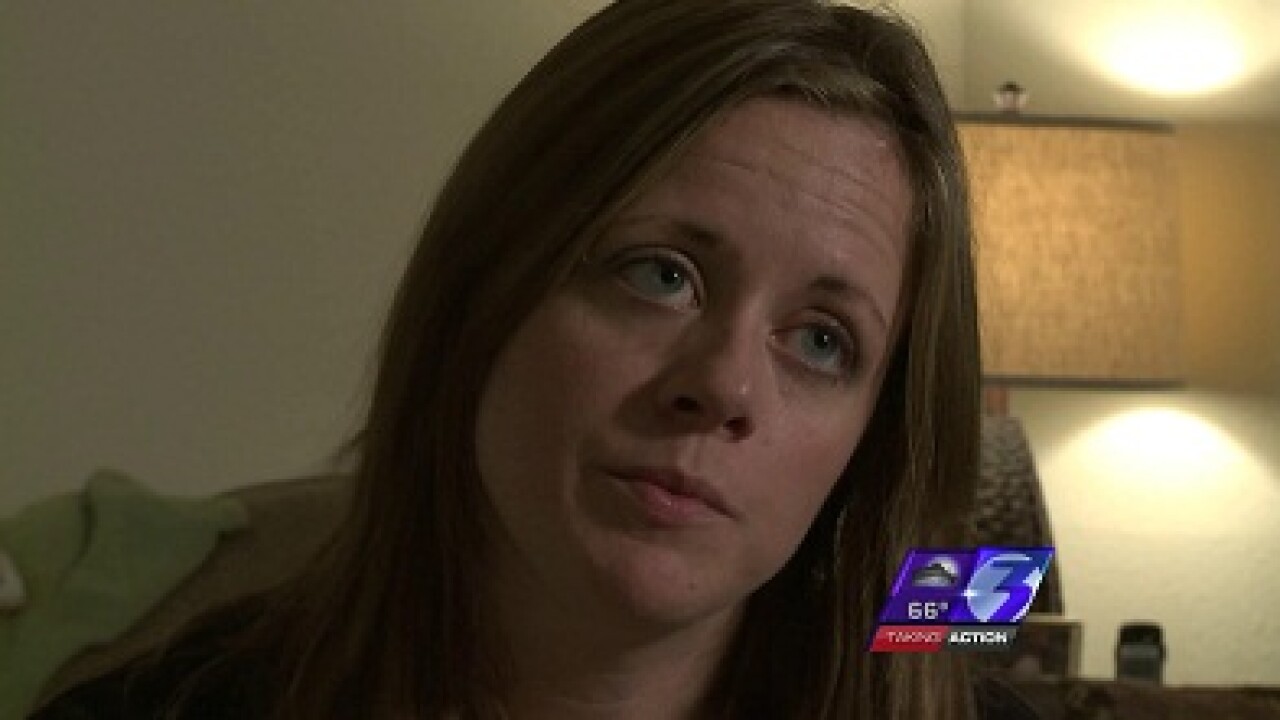 A NewsChannel 3 investigation found many military families complaining that nothing was being done about mold in their Lincoln Military homes. Now another family has come forward, but it's not mold this time.

“We're lucky to be alive,” says Amy Crum who stated that her family was exposed to carbon monoxide and gas leaks inside their Lincoln Military home for 14 days.

It happened right after they moved into Wadsworth Shores back in July.

“Moved in on Friday, July 1st, did our walk-through, said we smelled gas and we were told because it was a holiday weekend, they would come out Tuesday,” recalled Amy.

The next day, the family was unpacking when their smoke and carbon monoxide detector started going off.

Amy says the maintenance man removed it, but never came back to replace it.

She says he also walked around with a gas detector after she complained again about the smell.

“They tested up in the air vents, said there was no leak; I continued to call every day and there was a leak,” says Amy. “Fourteen days later, they came out and said you are at 85 parts per million; it should be below 7.”

Amy says it was the complex's maintenance supervisor that came to inspect this time, and he told the family to get out of the home immediately.

Amy, her husband Jason and her daughter Breanna all checked themselves into the hospital and carbon monoxide was found at dangerous levels in their blood streams.

“We were there for six hours, had oxygen, the ER doctor would not let us in the home until the fire department was called,” says Amy.

By that time, Lincoln had fixed the leak and fire fighters deemed the home safe for them to live in, but the family says Lincoln still has not taken responsibility for what happened.

“We were exposed to it slowly and long enough, it could have done damage. Luckily, it didn't but we are lucky to be here,” says Amy.

The Crums' story stands out from the dozens of complaints we have received about mold and water damage not being addresses by Lincoln.

The root cause is the same. It's what these families call, “Lincoln’s bad maintenance practices.”

After several weeks of trying to get the company's side of the story, the president of Lincoln Military Housing, Jarl Bliss, has finally agreed to an exclusive on-camera interview. He wants to talk about what the company is doing to address residents’ concerns.

Families say it’s about time Bliss, who works from Washington D.C., came down to Hampton Roads.

“He needs to see for himself what is truly going on,” says Amy. “I don’t think they would put their families through what they put us through.”

NewsChannel 3’s Laurie Simmons will be talking to Bliss tomorrow, asking him tough questions about the company's actions, both past and present.