Military families with mold problems to go to Congress 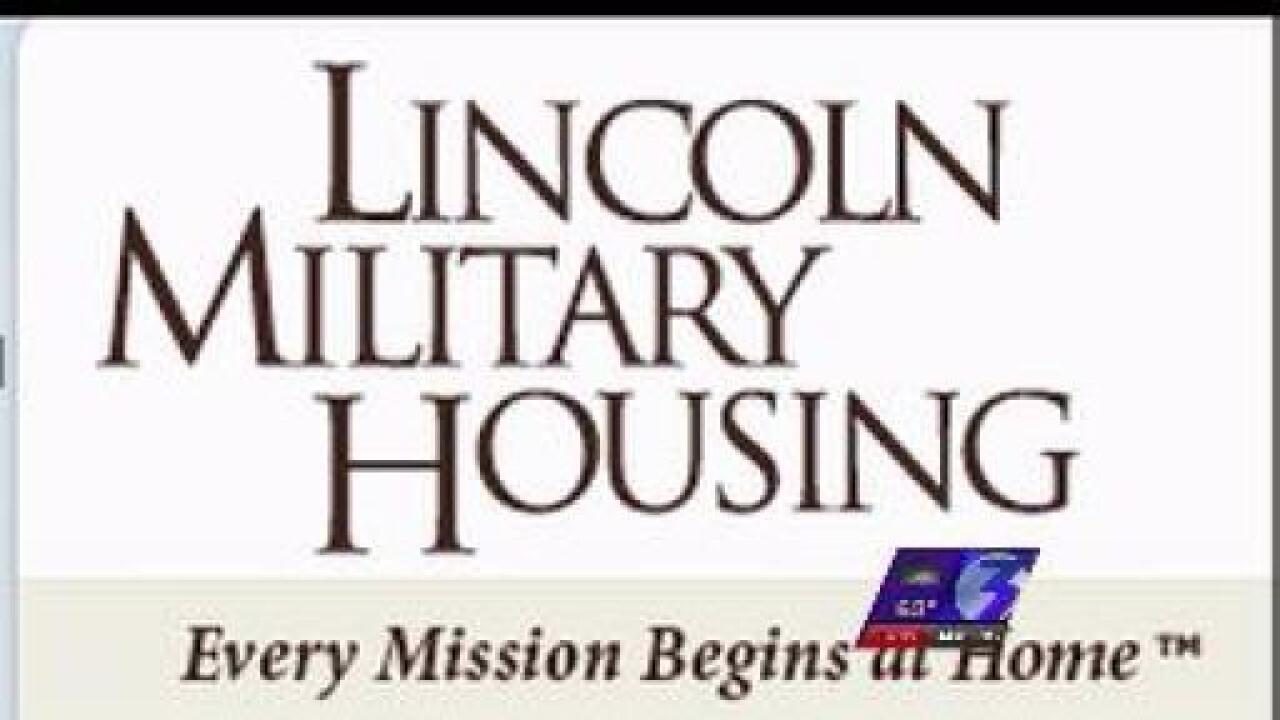 As more military families come forward to NewsChannel 3 with their mold stories, some in Washington are starting to take notice.

The latest in congress to look into the complaints against Lincoln Military Housing - Senator Jim Webb, whose office just released this statement to NewsChannel 3.

"Senator Webb has serious concerns about reported damage to military housing in Norfolk and the potential health risks to families living in the affected homes. He understands the urgency of resolving this issue and is currently investigating the matter in an effort to reach that end."

"So many have come forward now, just grateful that someone is actually listening to see our elected officials truly go forward. Not about the red tape, just about doing the right thing," says Shelley.

Shelley Federico was the first military wife to come forward to NewsChannel 3 with her mold story back in October.

Now, she is also first to go to congress to Take Action against Lincoln Military Housing, contacting not only Senator Webb, but Senator Mark Warner, and Congressman Scott Rigell.

She tells us all three offices are now investigating her case.

"I would never have imagined that my little story would have opened up the gates for so many more," she says.

And because so many others have come forward with their mold tests and mold pictures, Shelley is not just advocating for herself anymore.

Since NewsChannel 3's story broke, she has gone door to door, helping other military families get in touch with congress.

"My end goal more than anything is to get a congressional hearing and all of these women can come forward with their truckloads of photos and documents and medical records and sick babies," she says.

So far, over 40 families have filled out paperwork to allow the Senators and Congressmen to investigate their cases with Lincoln as well as the Navy.

And she says it's only the start of what's to come.

"I'm gonna keep advocating for the truth. That is all I ask for, is just for the truth to prevail," she says.