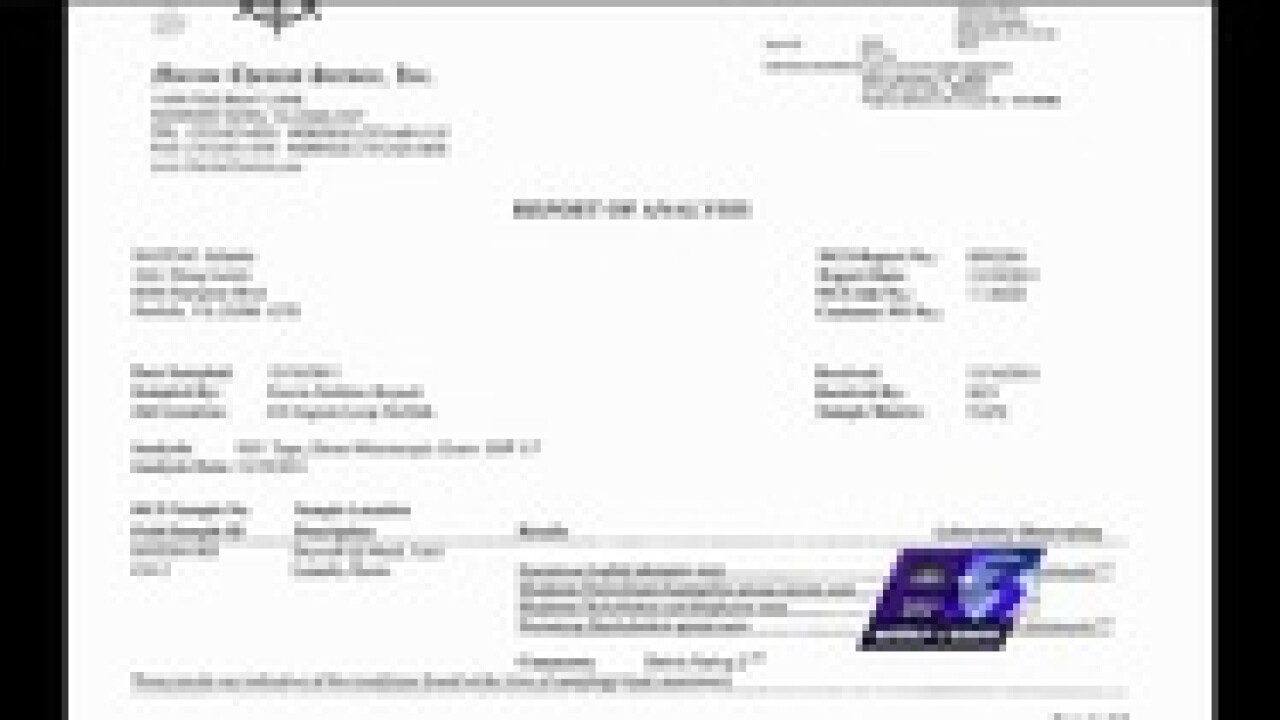 In all, six families have been given reports so far, and they are all happy the Navy is finally recognizing their mold and moisture problems.

They say it’s a different story when it comes to their health problems.

NewsChannel 3 featured many of them in our reports over the past two months including the Forbes family.

Krystal Forbes chose to share her mold report with us. The Navy still has not released the reports to the media.

The company, Marine Chemist Services, did a thorough inspection of the Forbes’ home, taking tape samples in the areas where Krystal reported problems. They even diagnosed the cause of the mold contamination.

In the report, the inspector noticed visible mold on the drywall around the family's HVAC unit.

Numerous stachybotrys spores were found there. The inspector says in the report, that type of mold is an indicator of moisture damage.

Krystal has a son with cerebral palsy. He uses the elevator to get up to the second floor of their home. Tape samples indicated numerous spores of aspergillus inside of the elevator.

The Marine Chemist inspector says in her report, that kind of mold is a known asthma trigger.

The Navy gave these results to both Krystal and Lincoln Military Housing.

The company will now be moving her family to another home for six weeks while work is being done in their Ben Morrell home.

Krystal says she is finally satisfied knowing the Navy and Lincoln have acknowledged her mold.

She tells NewsChannel 3 that even though the Navy admitted to the mold, water damage and structural issues found in her Sandpiper Crescent home, they would not acknowledge any link to her family’s health problems.

“I took my baby to the ER the other day. I was told he had environmental allergies at seven months old,” says Krystal.“Both of them being captains that are doctors, they said to me, ‘I really don’t think that this is what’s causing your children’s asthma."

In a press release sent to NewsChannel 3 on Tuesday, Navy Region Mid-Atlantic officials wrote: "According to the inspection reports as well as the center for disease control and environmental protection agency, there are no federal standards for acceptable levels of mold, and mold sampling is not reliable in determining health risks.”

But during NewsChannel 3’s investigation, we learned that in recent years, the EPA itself actually developed, funded and patented a new type of mold test called the "environmental relative moldiness index" also known as ERMI.

By testing the dust in a person's home, experts can extract DNA from the different species of mold found.

Those results are then compared to the ERMI's scale of moldiness.

If you are too high on the scale, then doctors can tell you if health risks exist for your family.

Maureen Greibel, one of Lincoln Military's residents, says they were living in a moldy home.

She wants both the company and the Navy to finally own up to what military families all over Hampton Roads already know.

Since the beginning of our investigation, the Navy has said that if you think your family is having health problems due to mold, go straight to your primary healthcare provider and they will be able to help treat you or refer you to another specialist for help.