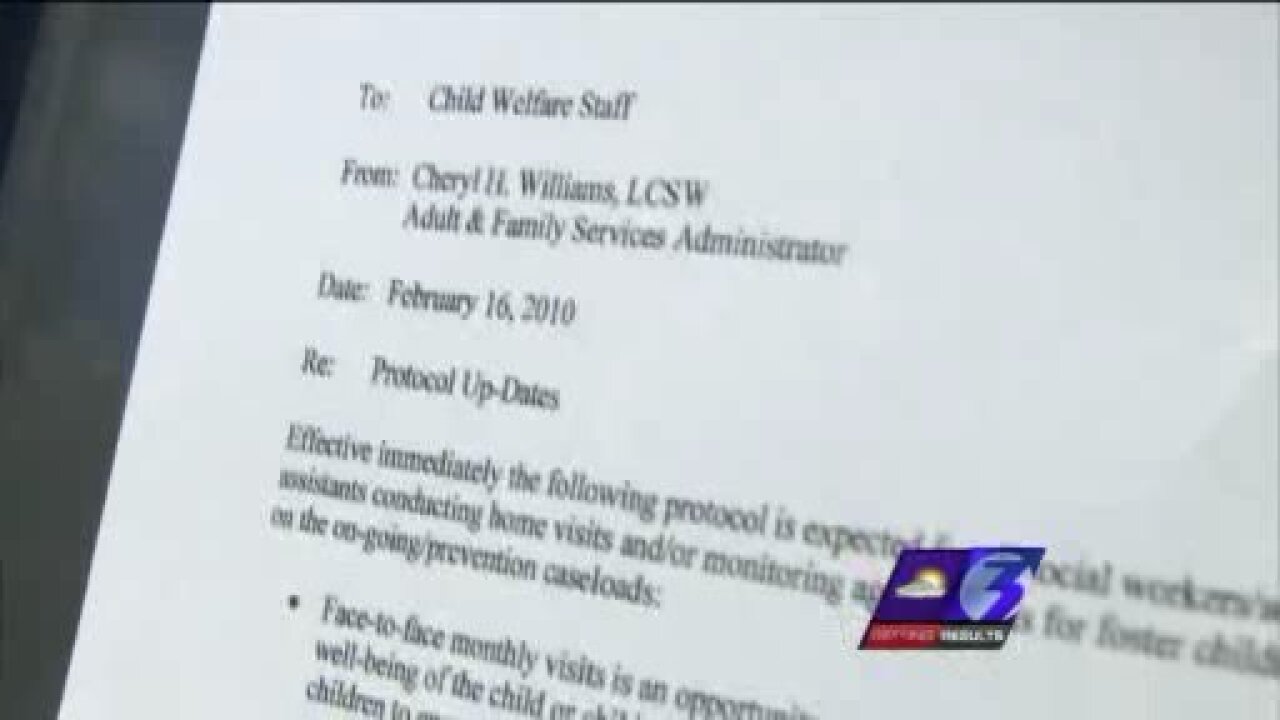 NewsChannel 3 has obtained documents that show how nervous the department of social services was when we started digging into the death of Baby Braxton.

Braxton was abused to death by his second foster mother. Social workers saw his injuries, but did not step in. NewsChannel 3's investigation led to a state review.

But long before that, Bob Morin, the head of Virginia Beach Human Services, told NewsChannel 3 that after the child's death, his office made no changes in procedure.

“Well, I think in our case, obviously we reinforced that we need to make sure we do the body reviews, especially for infants, for children. And to be suspicious. And to always kind of look at what is going on in the family. And I think those are the big changes. Actually, they are not changes. They are things that we were doing in the past,” says Morin.

It turns out he forgot about an important memo—one the city initially refused to release. It was issued a few days after Braxton's death and it spells out changes in how social workers should do their jobs.

City emails obtained by NewsChannel 3 show Morin planned to call NewsChannel 3’s Mike Mather after his first interview to tell him about the memo, but backed out. Instead, he sent a letter to the wrong address. And when the letter was returned, a city staff member asked if he wanted it re-sent to the correct address.

The story aired. Viewers were outraged, and according to city documents, the city scrambled to respond.

Other emails were more candid.

"This could be awkward."

Bob Morin eventually did call. He wanted NewsChannel 3 to know about the memo.  When asked why he first told stated that there were no changes, he said we caught him off guard in the parking lot.

He said to be honest, he wasn't prepared, and he was a little flustered. That all sounded spontaneous and sincere, until we got the memo from the city, called "message points."

You caught me off-guard last week when we talked in the parking lot. To be honest, I was not prepared and I was a little flustered.

At a follow-up interview at his office, Morin apologized, but it was not his idea.

The Deputy City Manager, Cindy A. Curtis all but pushed him into it.

She wrote to him: "Bob, I understand your reticence to do another interview. But it may behoove us to do so under very controlled circumstances."

And that's how the interview came to be. But no matter how we got here, Morin did promise a state review, including a full examination of what his staff did or didn't do. And that is what the people who loved Braxton wanted all along.