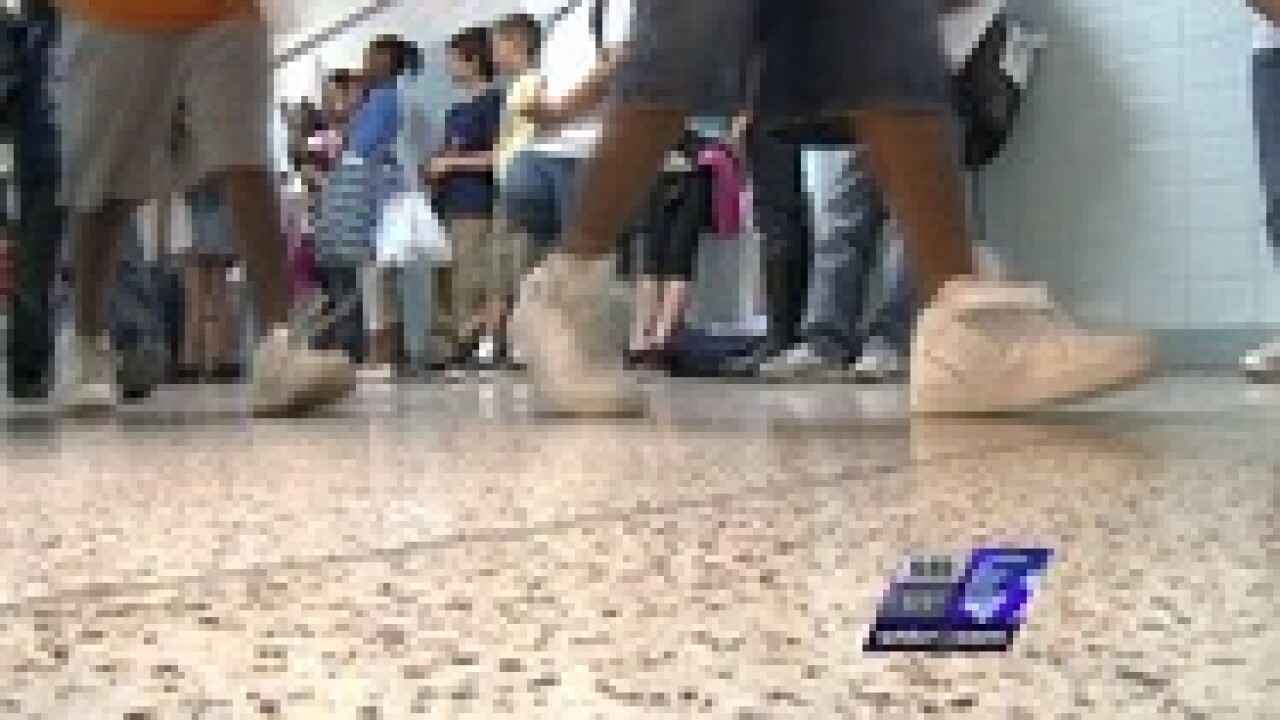 Kimberly Thomas relies on the Virginia Beach Public School system to prepare her children for the future–a job she believes they are failing at when they layoff teachers because of budget cuts.

“I think it’s affecting the future of our students and the quality of teachers.  Teachers just don’t have the heart anymore,” says Thomas.

“They are overworked and underpaid and don’t get near enough what they should with what they have to tolerate,” she says.

Last week, the school superintendent sent letters out to more than 200 first-year teachers in Virginia Beach, informing them that he has recommended to the school board that their contracts  should not be renewed for the coming year.

These are layoffs they were warned about months ago while the budget was being drafted.

School officials say to save money, they plan to consolidate classes, which means fewer teachers would be needed.

Though this is only a proposal and the school board can still make changes before making a final decision, Kimberly says the possibility shows a lot about priorities.

“They don’t care enough about the students. They are pretty much on their own,” says Thomas.

School officials say these proposed cuts need to happen in order to deal with their 40-million dollar budget deficit.

The school board will make a final decision on these cuts during their next meeting which is scheduled for the beginning of April.