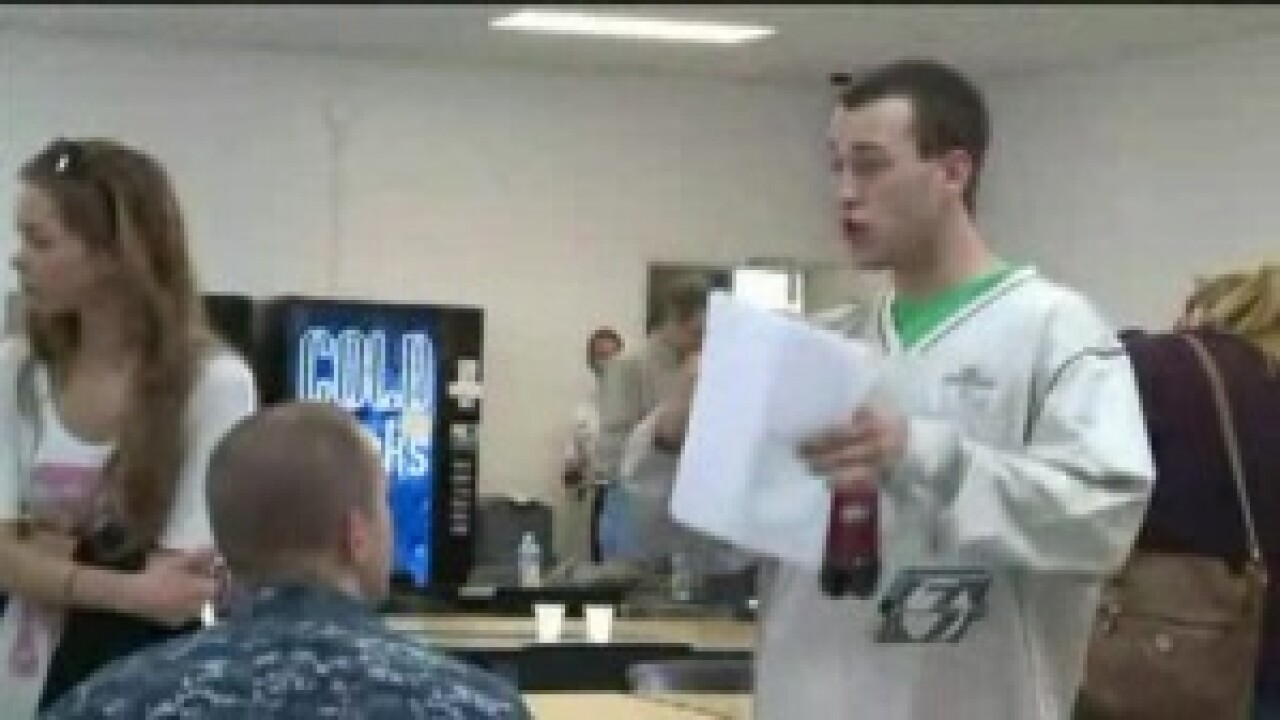 Seeing the movie-like devastation in the Mayfair Mews apartment complex is unreal to the folks affected, like Robin Twisdale and her husband Ben Dishner.

Just the clothes on their back. Everything else they say was incinerated in the blink of an eye when a Navy F/A-18 crashed into their apartment and caught fire.

“Unreal. It’s just so unreal. You expect to see something like that on a movie. I mean, you know, stuff like that don’t happen in real life,” he says.

Here at the Law Enforcement Training Academy today, there was a long line of people begging for assistance. Ben and Robin say they were promised money to buy new clothes, food, and two weeks in a hotel.

The agencies here today, including the Navy’s legal department and Department of Human Services, were set up to handle longer term needs as well, like replacing medications and finding a new apartment.

“We have the ability to reach out to those people and disperse funds to them to help them recover some of their life,” said Admiral John C. Harvey, Commander of U.S. Fleet Forces.
But how about the things that can’t be replace, like the ashes of Robin’s late brother. That brought tears to her eyes.

“Then I’m trying to figure out how I’m going to tell my brother’s kids that I was saving his ashes for, what am I going to tell them? Ya know, I had your dad but now I don’t? You know you can’t go out and say I want to go buy my brother’s ashes again. You can’t do that,” she says.

But for the stuff that can be purchased again, Robin told me the money they applied for will be deposited into their ban k account on Monday. Other folks told NewsChannel 3 there were getting the money deposited earlier in the week.

So as they deal with the here and now, the fact that only seven people were hurt, that’s something that Robin and Ben are holding onto as they wait for financial assistance.

“That’s the one good thing that you’ve gotta try and take away from it, to hold on to, to keep from losing your mind,” Ben says.