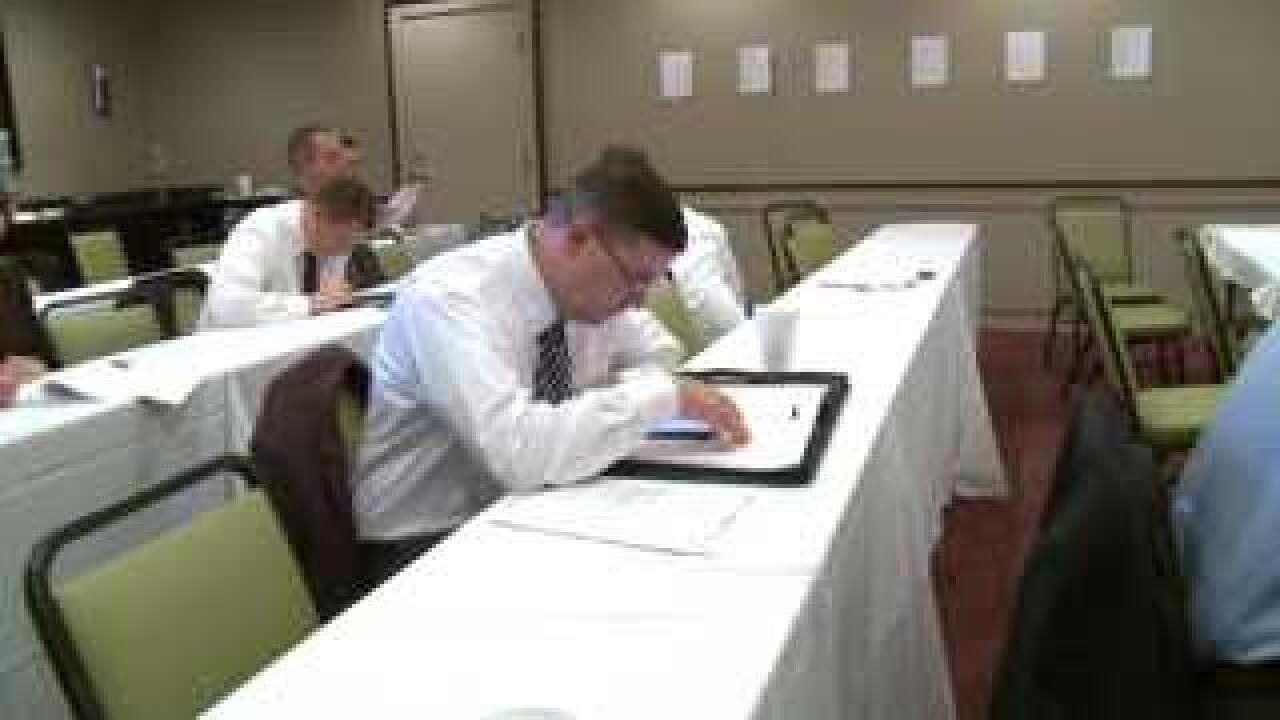 The unemployment rate for new veterans is an alarming 10.3% according to the Bureau of Labor Statistics. The White House is working with private companies to tackle the problem head on.

Orion International came to Virginia Beach looking to tap local vets for jobs that will match their skills.

When sailors stand ready on the deck, the job is to follow orders and use your skills to make the mission a success.

Now translate that to the outside world. The military veteran— dapper, buttoned-up, double Windsor tie, shoes shined and ready to report for civilian duty.

“It's really hard to translate your skills into something that works in the civilian world,” says Samba Janju, an unemployed veteran.

This is one of dozens of hiring conferences designed to address that specifically targeting veterans looking for jobs.

“It's pretty difficult, especially because of the economy,” says Josh Warden, an unemployed veteran.

Orion International is setting up and acting as a clearing house for hundreds of companies who can use a few good men and women.  But there were few female veterans signed up who had the tech experience required for this round of jobs. Still, recruiters say they are in hiring mode.

"Per event, we're averaging a 70% success rate, so about 7 out of every ten we interview are actually picked up and getting hired by Intel, says Mike Wooster, lead candidate recruiter for Orion International

Intel is a computer microchip company looking for candidates with skills in technology.

Both Mr. Janju and Mr. Warden believe they fit the bill.

“Something more rewarding than say a McDonald’s or customer service type of job, something I was more qualified and highly trained to do,” says Josh.

To make the grade, applicants go through day-long interviews and were required to tackle some mathematical problem solving; the stress was evident.

Most applicants approached this hiring conference with the same take-no-prisoners attitude they were trained for in the military.

“You got to kick and scratch and claw for what you want, so that’s what I’m trying to do,” says Josh.

And if they are fortunate to be one of the seven out of ten hired, they'll leave with more than a handshake and a smile. It’s the goal of this former military turned recruiter who lives for the day when he can make that phone call to say “you’re hired'.

“It’s a stressful, difficult transition just being able to give some guidance and wisdom to people to help them move into the next step of their life; that's why I get out of bed in the morning,” says Mike Wooster, lead candidate recruiter of Orion International.

The Bureau of Labor Statistics provided some additional details about unemployed Iraq and Afghanistan veterans.

Enlisted vets have a 10 percent higher unemployment rate than officers which may point to an education gap.

And the majority of vets who are unemployed are between the ages of 20 and 24 years old.

Most of the veterans who attended the event have been unemployed less than six months.

But Orion says they will also help the long-term unemployed.

They will be returning to the area and we`ll give you a heads up.