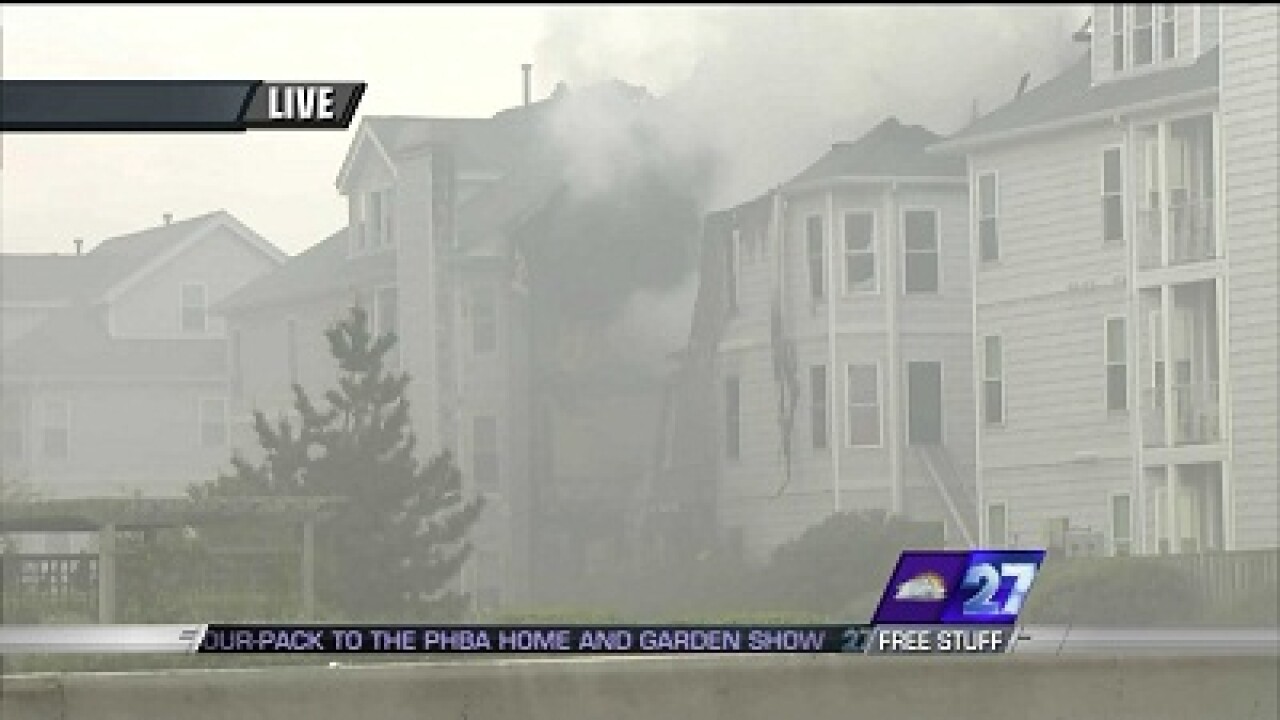 An 83-year-old couple lost their lives in an early morning fire. Neighbors tell NewsChannel 3 not only did they die the same day together, they also shared a birthday.

All you can see now of what used to be three condominiums off Shore Drive is a gaping black hole.

Joan Steele used to live on the third floor of Lynnhaven Beach Shore Condos, and says she's thankful she got out in time.

"I woke up because I heard a banging against the building. I walked down the hall, saw the flames outside the window. I went back to grab my robe and then I heard an explosion, the window blew in. By the time I walked back down the hall, it was completely in flames. "

It took hours for crews to get the smoke and flames under control, making it even harder to search for anyone still inside.

"The neighbor on the first floor went around banging on everyone’s door. I was already out at that point, " says Joan.

Eventually they found two bodies on the second floor: one man, and one woman both 83 years old. Joan says she's known her downstairs neighbors for many years and they were still very much in love.

"What’s ironic is they were born on the same day, same time. He was born in Seattle, her in Syracuse, New York. And they both died here today. "

Meanwhile, at least 14 condos have been damaged - putting many folks out of a home tonight. However, many say they have family to stay with. Same goes for Joan, who says despite losing her friends and it being Friday the 13th...she still feels lucky to be alive.

“My daughter is flying in from Ohio today, my son is driving up from Savannah to be with me. To help me start again.”

Crews have not released the couple's names. They still don't know what caused the fire, but believe it started outside the first floor unit.