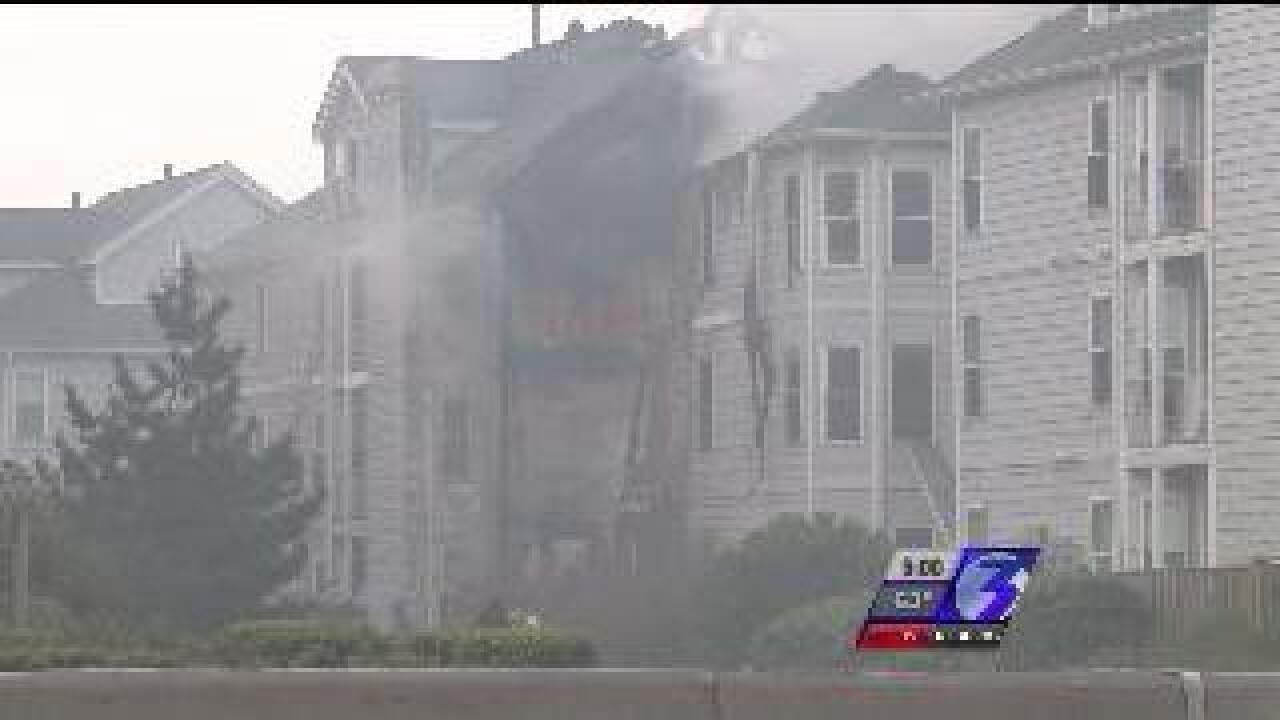 In Virginia Beach, a condo caught fire early this morning and neighbors say a couple in their 80s died.

Through Facebook, members of Old Donation Church are identifying the deceased couple as Ben and Pat Joyce, longtime members of the church.

The fire broke out at the Lynnhaven Beach condo complex on Shore Drive just before sunrise. Investigators say it started outside of one of the sections of the building on the ground and it spread upward quickly

"We had a total pancake collapse. The roof fell to the third floor, then into the second floor, and then to the first floor," says Virginia Beach Fire Chief Tim Riley.

Neighbors say the second floor is where the couple lived.

Sherry Taylor, who lived next door to them, took action with another person to try and save them.

"He was going up and down the stairs and I was banging on the doors trying to get my neighbors out that are next to me. The ones that are adjacent to me because I knew that they were really hard of hearing and moved really slowly," says Sherry.

But when the door finally opened, Sherry and the other person were overcome by smoke and flames and couldn't do anything more.

Firefighters say the couple died.  A couple, according to several people, with an incredible story.

"They were born on the same day, they got married and lived a long happy life together," says Sherry Taylor

In all, 14 units were either damaged or destroyed.  Twenty-two people are now without a home as well.  Firefighters are just glad the fire didn't spread more.

"I'm extremely proud of the men and women of the Virginia Beach Fire Department. We could really have lost two or three buildings here," says Chief Riley.

Fire officials are busy removing some of the charred remains of the building, hoping to figure out what started the fire.