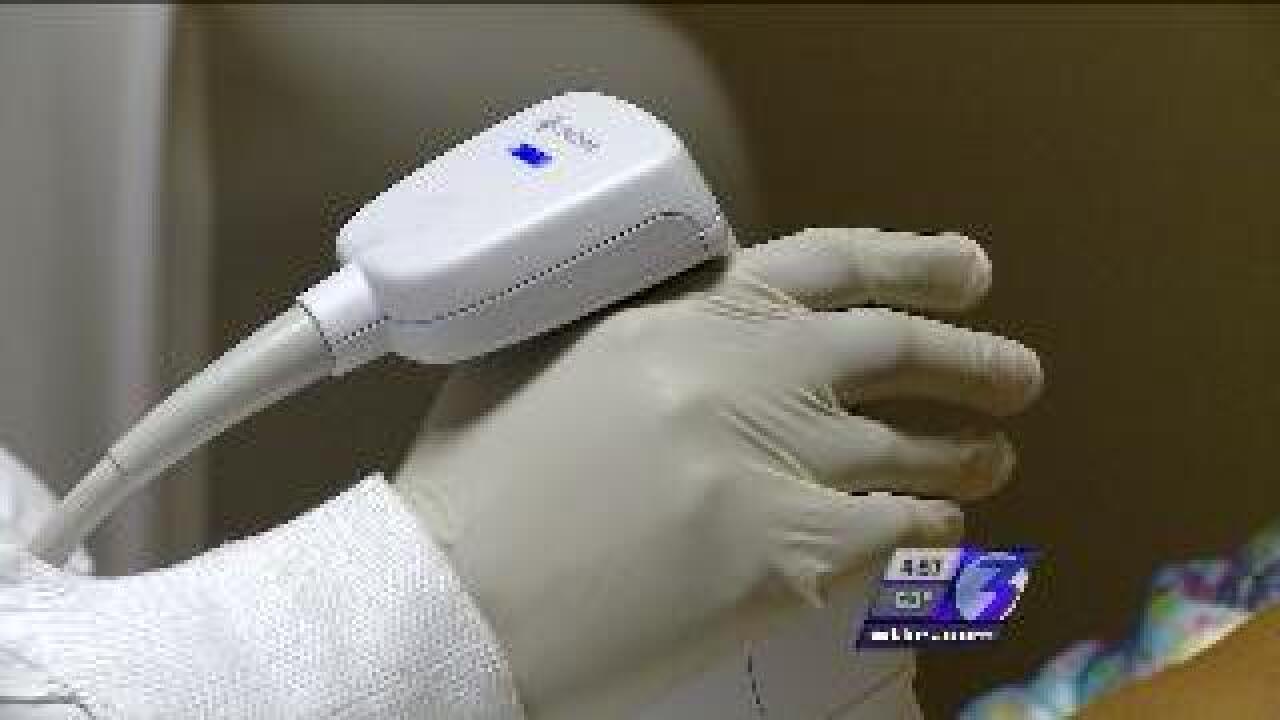 Patients are getting younger, but the under-twenty crowd still represents the smallest percentage of people having cosmetic procedures. That may be changing.

Liposuction is the third most requested procedure and for those squeamish about surgery, they now have options.

Nineteen-year-old Braelynn Harris has wanted to do something about her stomach and outer thighs since she was 17.

Now the SMU sophomore has decided to take the plunge with a non-invasive procedure the Food and Drug Administration approved in December.

It’s called liposonix and uses advanced concentrations of ultrasound to destroy fat cells under the skin.

She says many students her age are having cosmetic procedures.

"I know a lot of people have breast augmentation, nose jobs, especially in the area that I’m in so I think it’s a bigger percentage than normal."

Dr. Bill Johnson is the medical director of innovations medical in Dallas. He says about 10- percent of his patients are 18 and 19 years old; many of them drawn to minimally invasive technologies.

"I think there is starting to be more interest in that, I think it’s easier to say yes as a clinician to that. You know that there is minimal risk and it’s a good place to have a first experience with this kind of work," says Dr. Bill Johnson.

Dr. Johnson says most women have achieved their normal body shape by 17 or 18. Under that age it’s not recommended.

Dr. Johnson says the only real side effect is minor bruising, Braelynn says it feels like a bee sting.

"It feels like needles are pricking me every once in a while."

"The fat cells themselves are destroyed so that fat can’t come back because the cells they were living on are gone. They have been destroyed and then dissolved by the body."

Braelynn says her parents are supportive of her decision which will cost upwards of $4, 000.

She says surgery wasn’t an option.

"This is a lot less frightening."