Fish recalled because of Salmonella 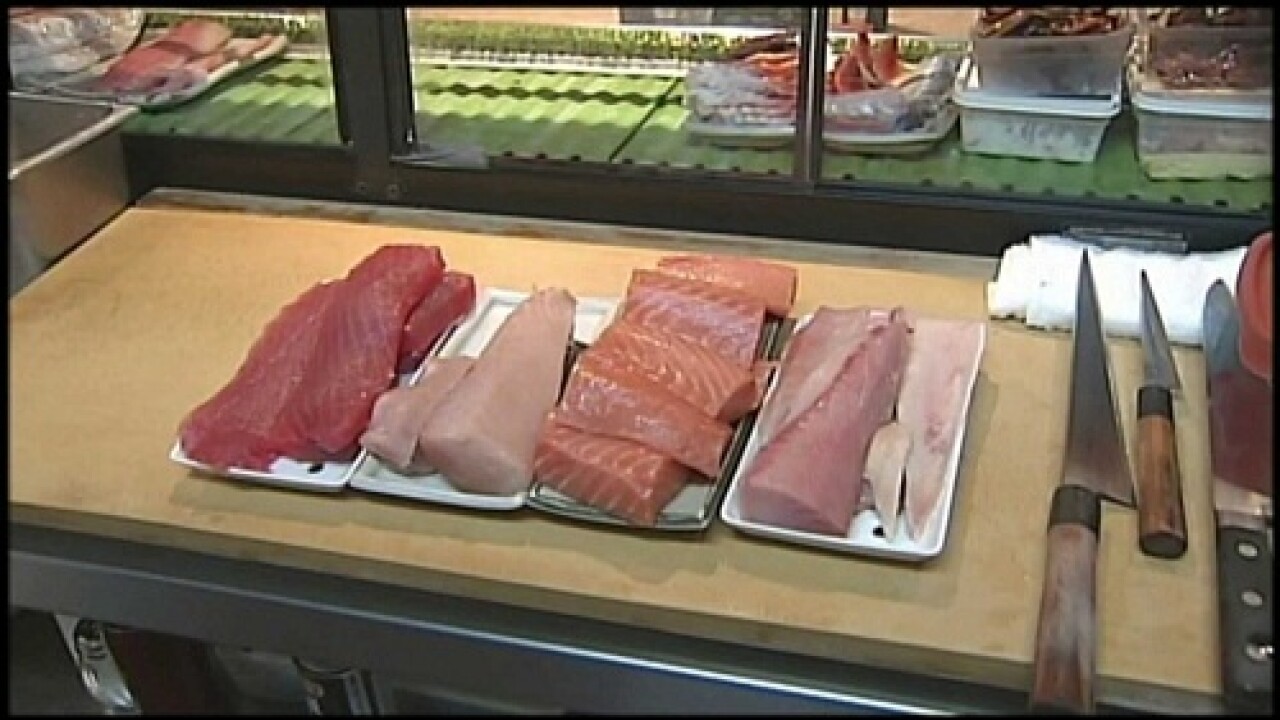 Fish in California recalled because of salmonella

A company in California is recalling more than 58,000 pounds of frozen fish normally used in sushi.
It has been linked to a salmonella outbreak in 20 states, including Virginia.
“Very good, yeah. And people like it.”
The filling?
Raw fish, scraped from the Yellowfin Tuna.
“But you only use it fresh?”
“Yes, I use it fresh.”
“Never frozen?”
“Yeh, never frozen.”
It’s frozen tuna that has made dozens of people sick, imported by Moon Marine and sold through distributors to restaurants and grocery stores.
“Yeh, maybe Japanese grocery stores.”
The recalled product is called Nakaochi scrape because it’s the back meat, scraped from the bones.
Its ground consistency makes it good for rolls, but in the Bay Area, where fresh fish is plentiful and palates more discriminating, frozen scrape isn’t much in demand.
The outbreak covers 20 states from the Upper MIdwest to Florida.
116 people sickened.
A dozen of them hospitalized.
Salmonella poisoning can be fatal, but treatable with antibiotics.
No cases have been reported in California, which is a relief to sushi lovers we talked to.
“Has it come to mind about health issues? Not really. I usually have a certain selection that I like to stick with and I’ve never really had any problems.”
“I assume it’s fresh.”
“But it may not be.”
“Yes, that’s true.”
“Is it a question worth asking?”
“Yes.”