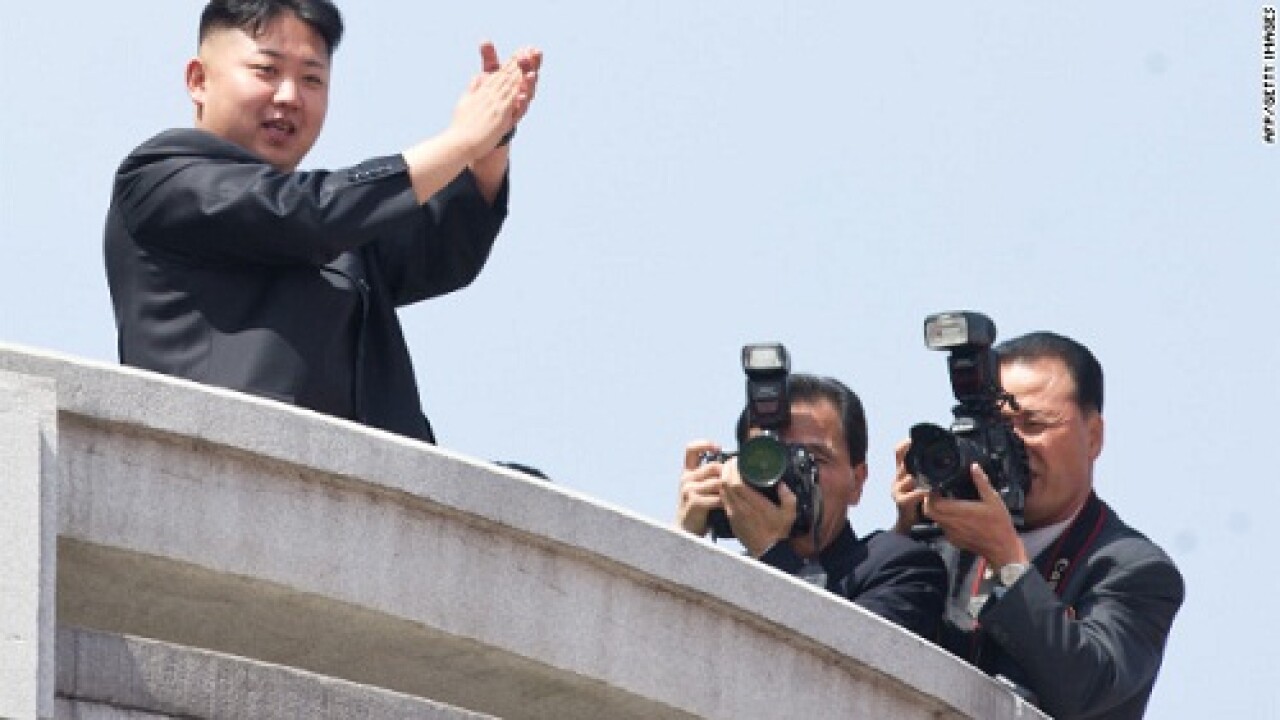 North Korea’s leader Kim Jong Un spoke before hundreds of troops and others in Pyongyang on Sunday as part of a massive, orchestrated celebration marking 100 years since the birth of the nation’s founder, his grandfather.

Kim’s address was his first televised speech since assuming the country’s leadership.

The remarks, which touched on a number of issues including the significance of North Korea’s military, regularly stirred applause from the crowd.

“Our military has become a powerful military capable of handling any kind of modern warfare, with complete offensive and defensive tactics,” Kim said. “The foreign powers are not the only ones with military supremacy anymore. And the days of them treating and lying to us with atomic weapons is forever gone.”

“Our fellow citizens, who are the best citizens in the world, who have overcome countless struggles and hardships, it is our party’s firmest resolve not to let our citizens go hungry again,” he said.

Much of Kim’s roughly 20-minute talk focused on the importance of the revolution spearheaded by his grandfather, saying that it was the North Korean government’s responsibility to work to realize the movement’s aspirations and live up to its values.

Deemed the Eternal President, Kim’s grandfather — Kim Il Sung — was born on August 15, 1912. Some 33 years later, following North Korea’s liberation from Japan, he pledged in Pyongyang to build a nation on wealth, strength and knowledge.

The grandson, Kim Jong Un, is now North Korea’s “supreme commander” — a title he has recently assumed, following the death of his father, Kim Jong Il.

Elaborate and extensive 100th anniversary celebrations of Kim Il Sung’s birth have been in the works for years.

One of those milestones was the Friday launch of a long-range rocket — a move deplored by the United States and many others in the international community, even after it prematurely broke apart and failed to escape the Earth’s atmosphere.

On Sunday, state TV showed video of large blocks of North Korean troops as they marched in tight formation. Music was interspersed at times by coordinated chants, while military officials could be seen saluting from vehicles that drove past tanks lined up in the square.