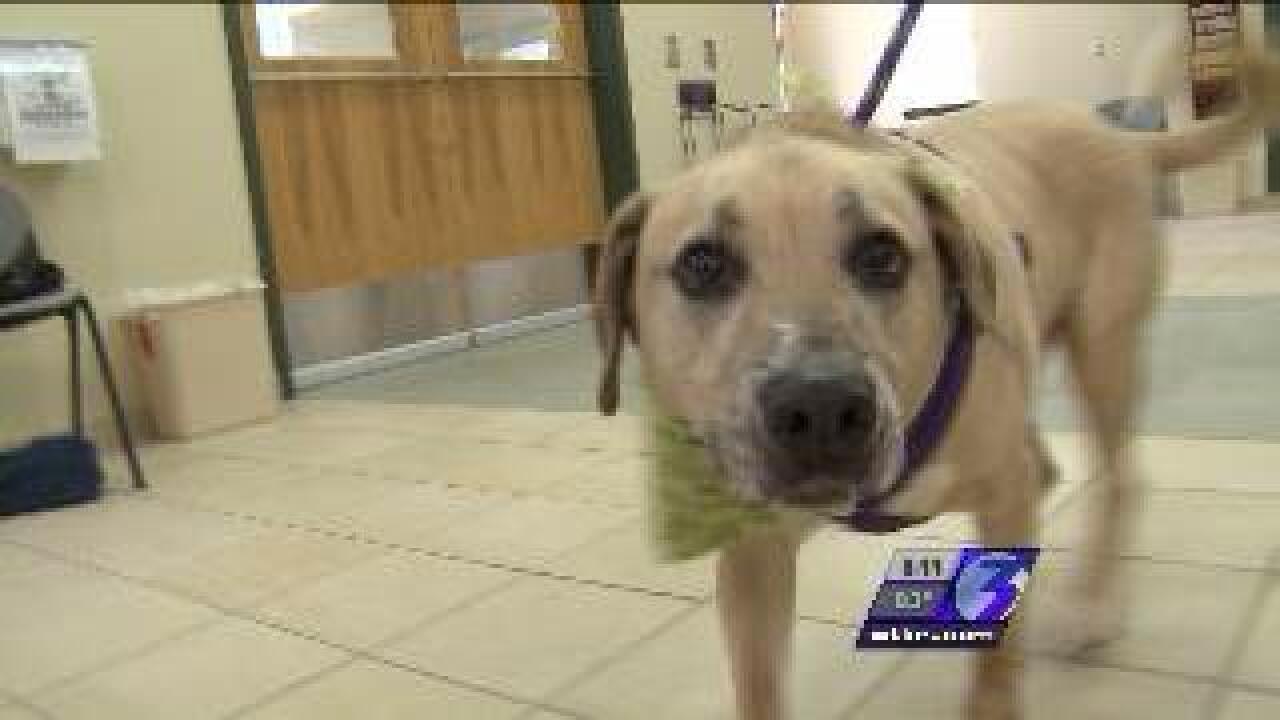 It's a face most dog people would love. So when a Facebook post sounded the alarm that Scion, a lovable, active seven-year-old lab was starving, in poor health, and needed money to be rescued from a kill shelter, animal lovers responded.

"Honestly, it makes me sick and makes me sad," says Wendy Messenga, the top volunteer at Virginia Beach Animal Care and Adoption Center.

She's not sick and sad because the story is true; she's miffed because it is no more than a scam.

"He's fat, he's happy. I mean, he wants a home, but he's not going anywhere and he's certainly not in danger of being put down," says Wendy.

The adoption center wants to let the cat out of the bag.  There's no doggy danger.  It's the work of scam artists who are trying to part good people from their money.

The center was forced to post a warning on its own page telling people do not donate.

“There is a woman who is not using her name, that is posting that Scion is in a kill facility and that she needs to raise money to get him out,” says Wendy.

The fact is, you can't rescue a dog at the adoption center with money; they only take adoption fees and the center is run and funded by the city of Virginia Beach.

Volunteers say this isn't the first time the scammer has stolen the identities of real-life shelter dogs only to pocket the cash. Wendy says the scammer did it in Norfolk with the picture of a dog who had been adopted two years ago.

“Rescue people, sometimes they will donate prior to going to dinner buying themselves something they will definitely donate,” says Wendy.

The Facebook post has since disappeared along with mystery scammer, but shelter volunteers fear the canine crooks will do damage to legitimate fundraisers.

“People who scam the animal business like this end up making people not want to donate,” says Wendy.

The city-run shelter does not accept money donations, but they`ll take food and pet toys.

And if you see another posting like the one the scam artist posted, do not donate.  But if you want to be sure your local shelter is getting help, call the shelter directly or go in person and make a donation.