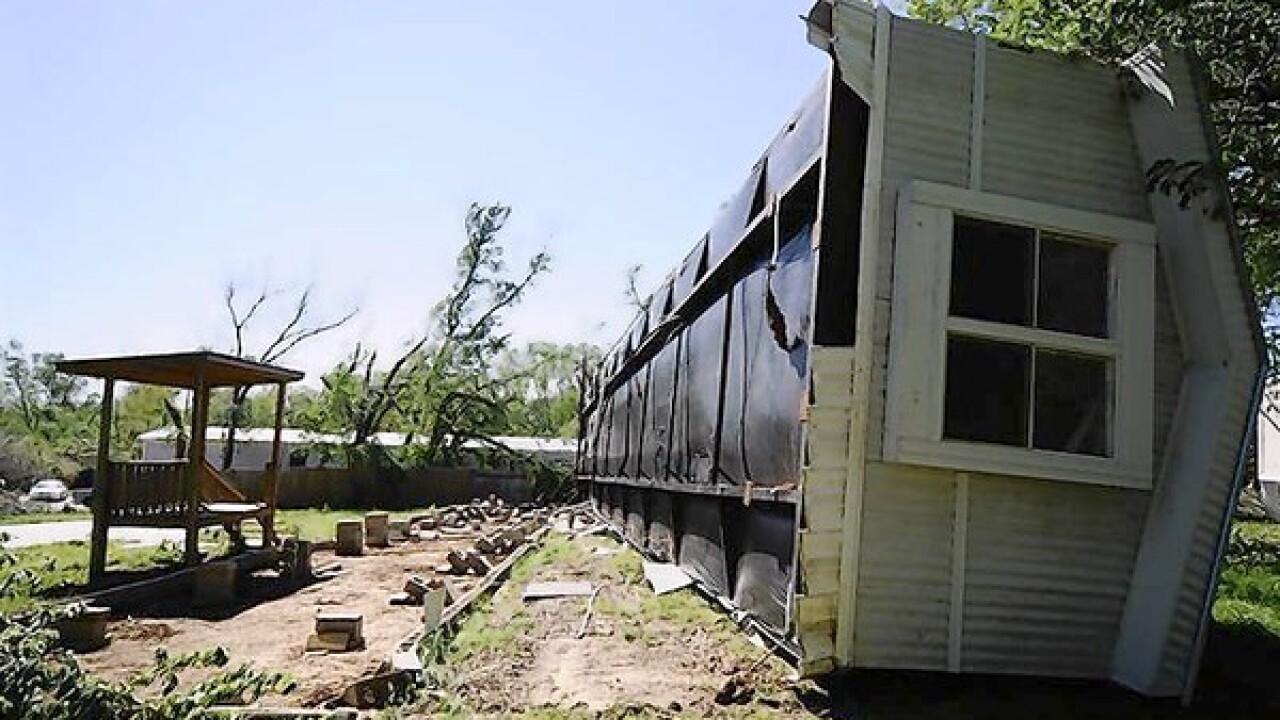 A view of a tornado-damaged local neighborhood house trailer that was flipped off its foundation in the southern area of Wichita, Kansas April 15, 2012. REUTERS/Gene Blevins

According to an article posted on OrlandoSentinel.com, the death toll rose to six from a tornado that ripped through an Oklahoma town during a weekend outbreak of dozens of twisters across the Great Plains, officials said on Monday.

While storms were still breaking out from the Midwest into the Appalachian Mountains region, the threat of more tornadoes had declined, meteorologists said.