Video of huge eruption on the sun 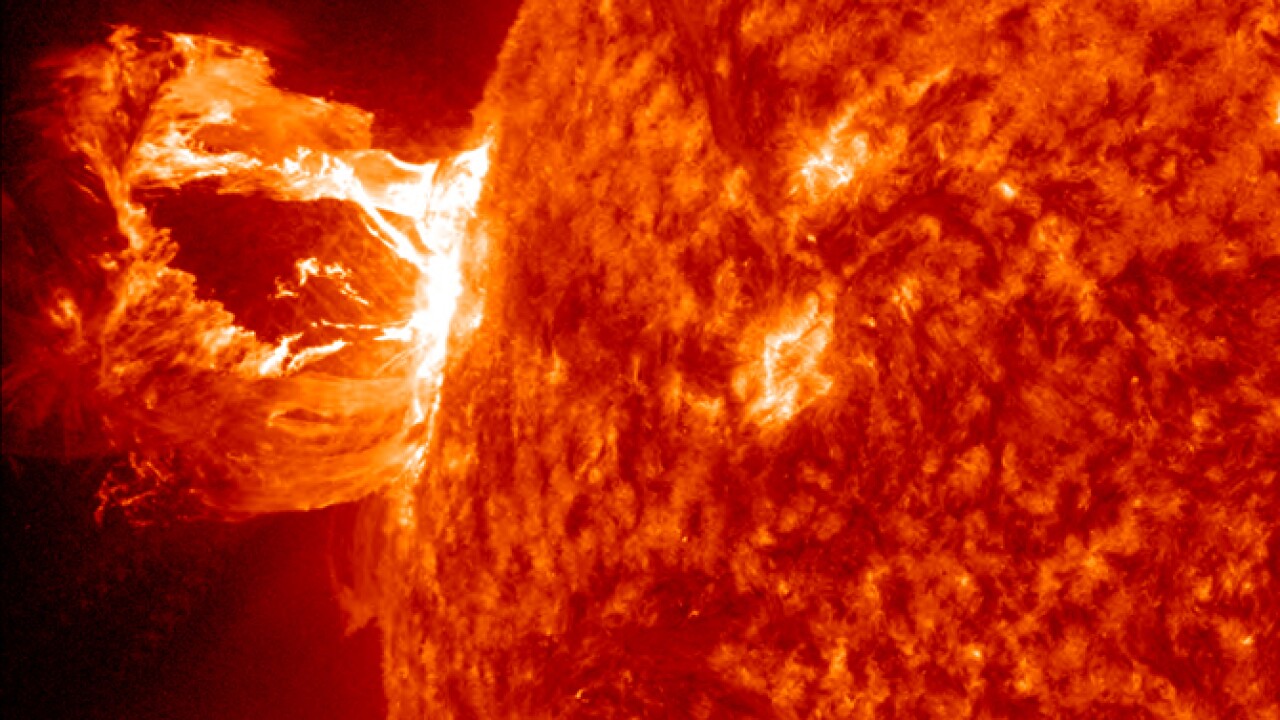 Cameras on board NASA’s Solar Dynamics Observatory captured a spectacular explosion on the left side of the sun.  This is technically called a “prominence eruption producing a coronal mass ejection.”

A prominence is a red-glowing plasma, made up mainly of hydrogen and helium floating just above the surface of the sun.  This gas sometimes becomes unstable and bursts outward.  In this case it caused an explosion on the sun’s surface called a Coronal Mass Ejection.  Thankfully, the sun spewed the charged particles away from earth, meaning scientists don’t expect a disruption to satellites and electronics here.