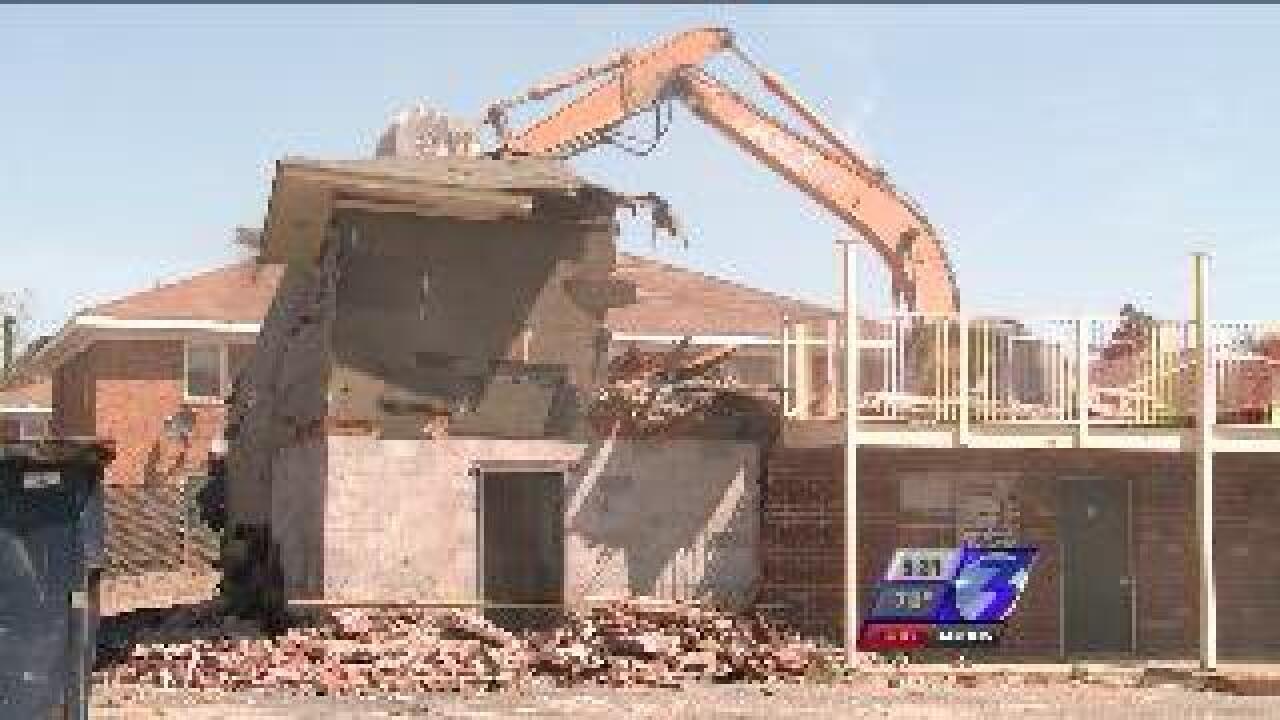 The backhoes ripped apart the bad memories associated with the old Denby Park Apartments off San Antonio Boulevard in Norfolk.

“Shootings, drive-bys, lots of robberies and thefts to cars parked on the street,” said LaCrystal Locks, the President the Denby Park Civic League, as she remembered the crime that plagued the neighborhood.

Locks says the seven blighted buildings were a haven for criminals and drug dealers with an average of 40 reported crimes per month.

Now that is all changing after the Norfolk City Council spent almost 3 million dollars to buy up the property and tear down what remained.

“This will definitely slow down traffic on San Antonio, and after these apartments are gone, there will not be a lot of places to hide, to run. It will be open area, an open space, so everyone can see what’s going on,” said Locks.

For Norfolk City Council members, out of the destruction comes hope for the rebirth of the new Wards Corner, which they have envisioned for years.

“We've been waiting a long time,” said Barclay Winn, the Norfolk Council member who started the Wards Corner Task Force back in 2000. “This is the first step of many we are going to take to restore that quality of life that our citizens deserve.”

Already, a new shopping center with a Harris Teeter is planned for the area, and renovations are underway to existing businesses along Granby Street and Little Creek Road.

City leaders hope to add the property on San Antonio to that list, developing businesses, shops and homes with easy access to Interstate 64.

“This is one of the highest traveled interstates, but the least developed in Hampton Roads,” said Winn. “It’s a diamond in the rough here.”

The city still needs to buy up more property in the coming years to pull off their plan, but neighbors say without these apartments, the crime rate has already dropped to about 25 reports per month--a sign of good things to come.

“I’m very excited about the changes that are going to take place here,” said Locks.

Demolition on two of the seven buildings started this week—Norfolk police SWAT teams will be using the remaining buildings for training practice before they are brought down. The project will be complete by the end of May.