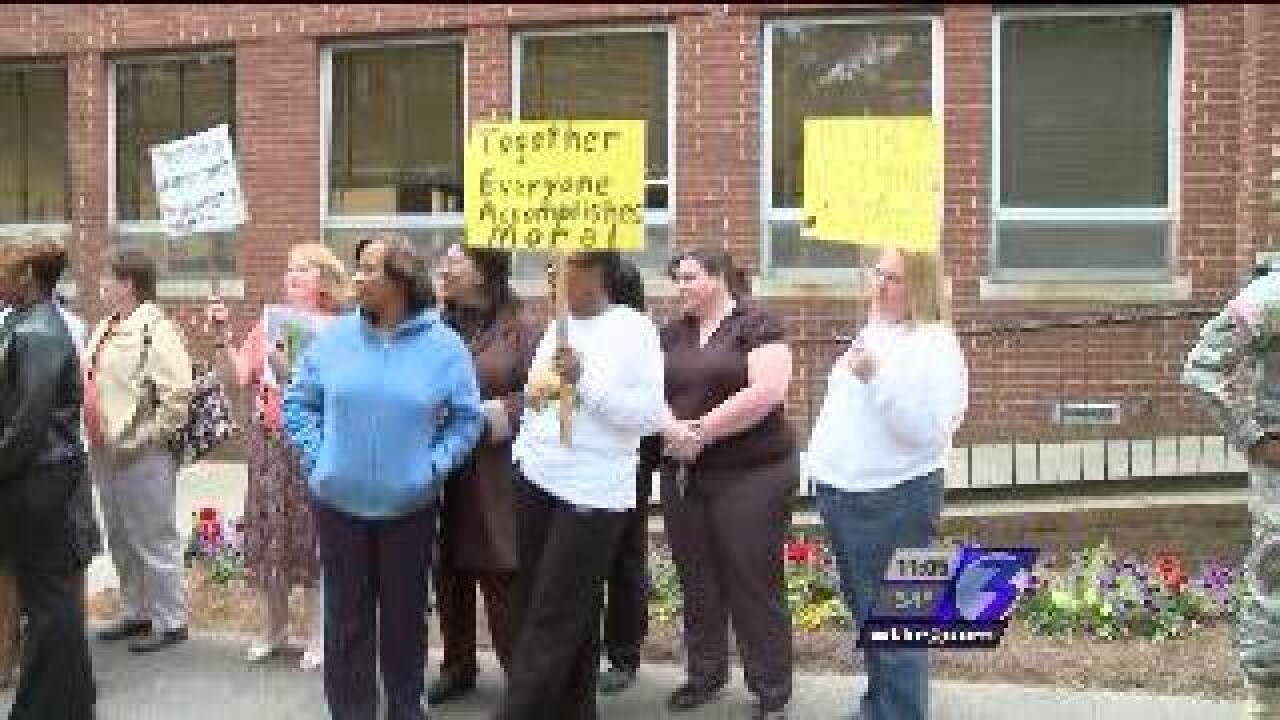 Hundreds of teachers and citizens of Suffolk bombarded the city council chambers tonight.

They were there to protest the proposed budget, where the city manager, city attorney, and the city assessor were up for thousands of dollars in raises while teachers are being laid off and schools are making drastic cuts.

Suffolk's mayor made new recommendations for the budget that is up for a vote May 2nd.  She asked the council to allow for an extra 2 million dollars for schools with hopes that the money will go toward teacher raises.

She also recommended the raises for the city appointed officials to be set after their yearly evaluations.