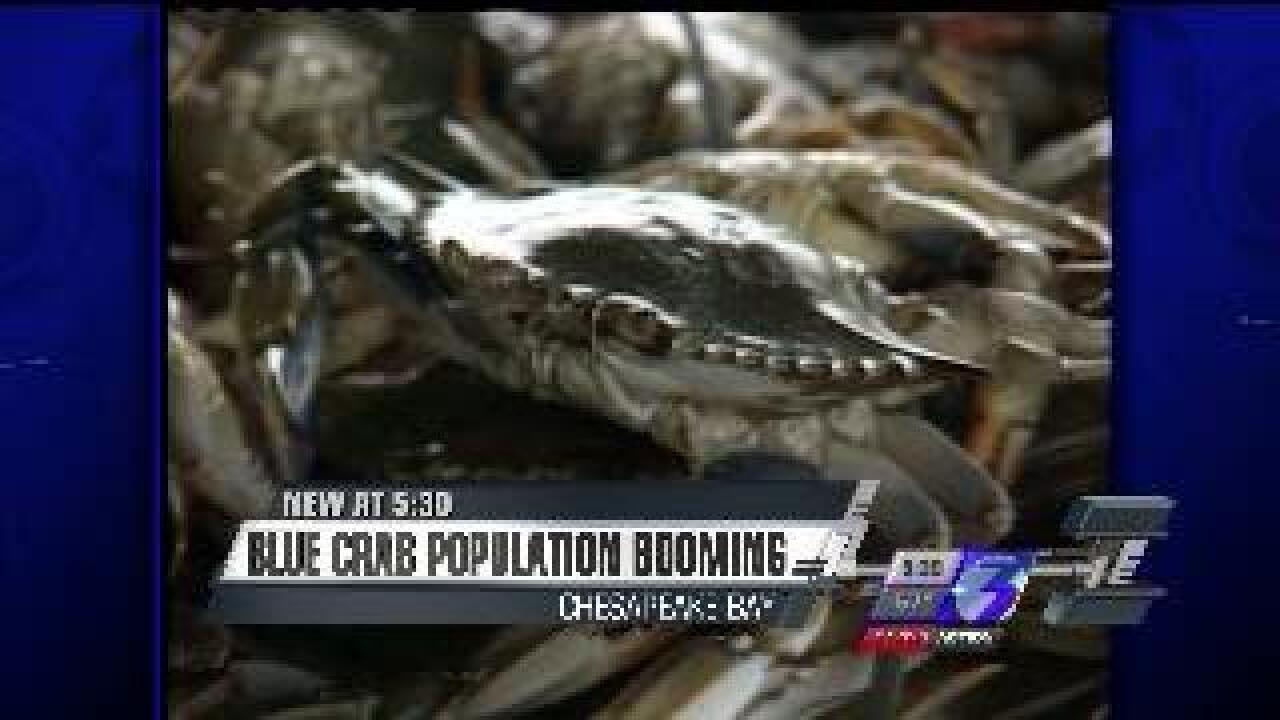 The Blue Crab population in the Chesapeake Bay is booming.

A recent winter dredge on the crabs revealed their population is at a 20-year high. According to the governor’s office, there are 764 million blue crabs in the bay.

That’s up 66 percent from last year—the highest levels since 1993. Researchers credit a four-year, bay-wide stock rebuilding program with the turnaround.