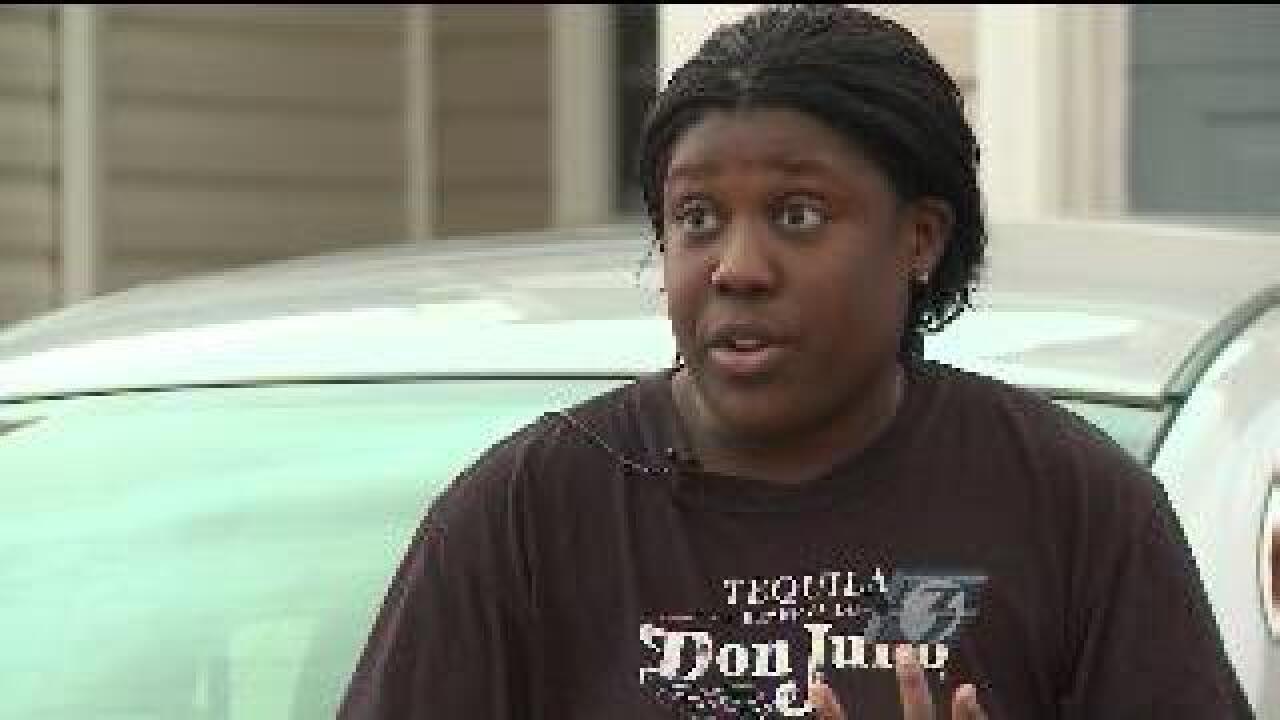 High winds had neighbors worried the damage was going to spread.

The next house in line was that of Renee Martin, who has Multiple Sclerosis and early onset Alzheimer's. She was home with her diabetic mother who has trouble moving around the house.

With a big smile and a small ego, Joyce Chapman is nonchalant about how she took action to save her neighbor.

Chapman was able to pull Renee Martin and her mother out of their home, put them in her car and drive down the block to safety.

"I fear that they were asleep or how were we going to get them out," Chapman says. "I knew they needed help and someone had to help them."

Just as his wife and mother-in-law were being taken out of the house, Theodore Martin was coming home.

"What was going through my head coming up the block was just total confusion, panic," Martin says. "But once I saw them and saw that they were well it was a total relief."

The burned homes have almost been turned inside out, with charred pieces blanketing their backyards.

Fortunately, Suffolk firefighters got to the scene quick enough so the damage was contained to just two houses.

"That could have been a whole lot worse than what it was," Martin said.

"Amazing because we're neighbors, it's a partnership, it's a team. And he would have done the same for me," Chapman says.

A strong bond between neighbors; It's a bond both of them hope doesn't get tested by a fire again.