John Edwards to stand trial; faces up to 30 years in prison 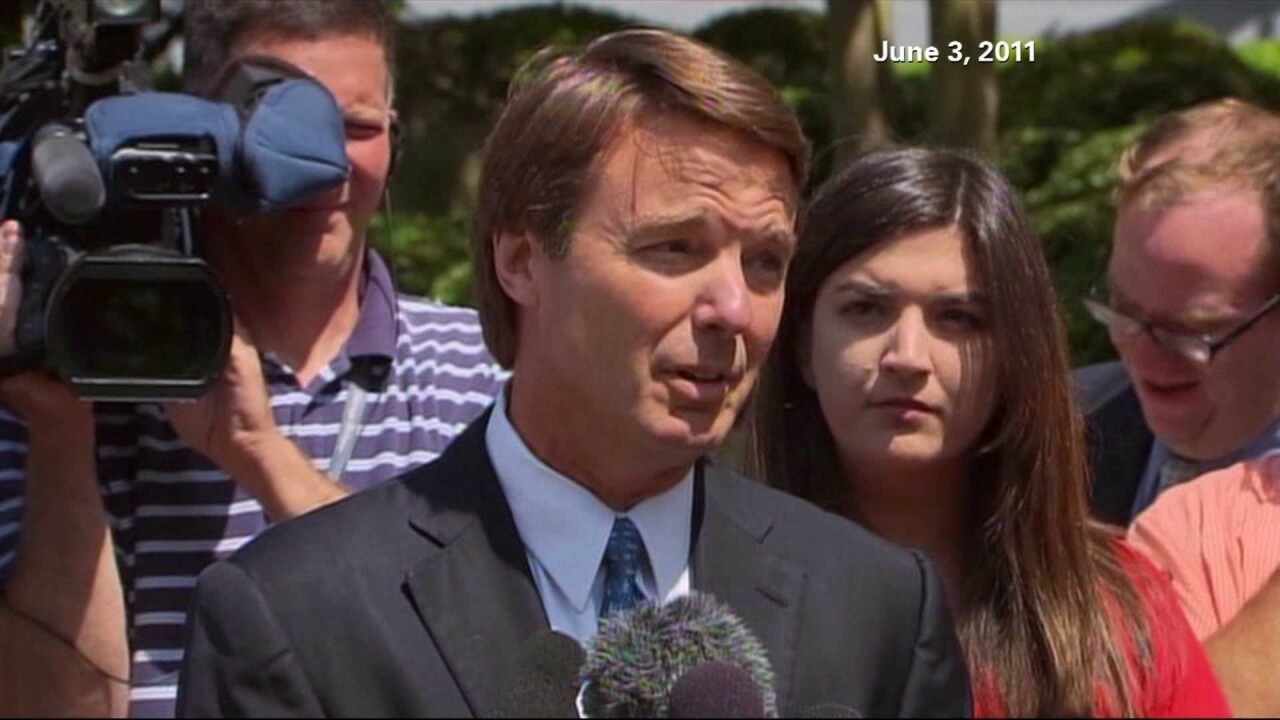 2008 Democratic Presidential candidate John Edwards stands accused of conspiracy, issuing false statements and violating campaign contribution laws.
Opening arguments in his trial are expected begin Monday.
This political soap opera started at a bar in New York City where Edwards met self-proclaimed filmmaker Rielle Hunter in early 2006.
She was quickly hired by Edwards to film “webisodes”-casual online videos of the former senator.
The videos showed just how close Edwards and Hunter had become.
Immediately, those close to Edwards suspected an affair.
Behind the scenes, the government argues that Edwards was orchestrating a massive cover up.
Loyal and wealthy donors paid for his pregnant mistress to relocate, and personal aide Andrew Young would claim paternity.
In the fall of 2007, a tabloid published a story on the affair. immediately the campaign went into defense mode.
“When you were running for president you flat out denied having a relationship with Rielle Hunter. Did you give a truthful answer? Were you telling me the truth?
“Yes”.
After being chased by reporters, eventually he confessed
“There is no question I’ve done wrong. I take full responsibility for having done wrong.”
Once a prominent politician preaching two Americas, Edwards himself was living two lives.
He had fathered a child with his mistress, while his wife, Elizabeth Edwards was dying of cancer.
It got worse-in 2011 the government indicted Edwards on six counts, including conspiracy, issuing false statements and violating campaign finance laws.
He faces up to 30 years in prison.
“We’re conditioned to say the same thing, we’re conditioned to be political and it’s hard to shed all that.”
Edwards has spent the last year preparing for his trial, shuffling his legal team and undergoing surgery for a heart condition.
Former top aides are expected to testify at his trial.
Rielle Hunter has immunity.
“I will regret for the rest of my life the pain and the harm that I’ve caused others. But I did not break the law and I never, ever thought I was breaking the law.”
Experts say the government has a difficult, unprecedented case to prove in the arena of campaign finance-but no matter what the outcome, it is the ultimate fall from grace for Edwards, who was once adored as the “son of the south.”