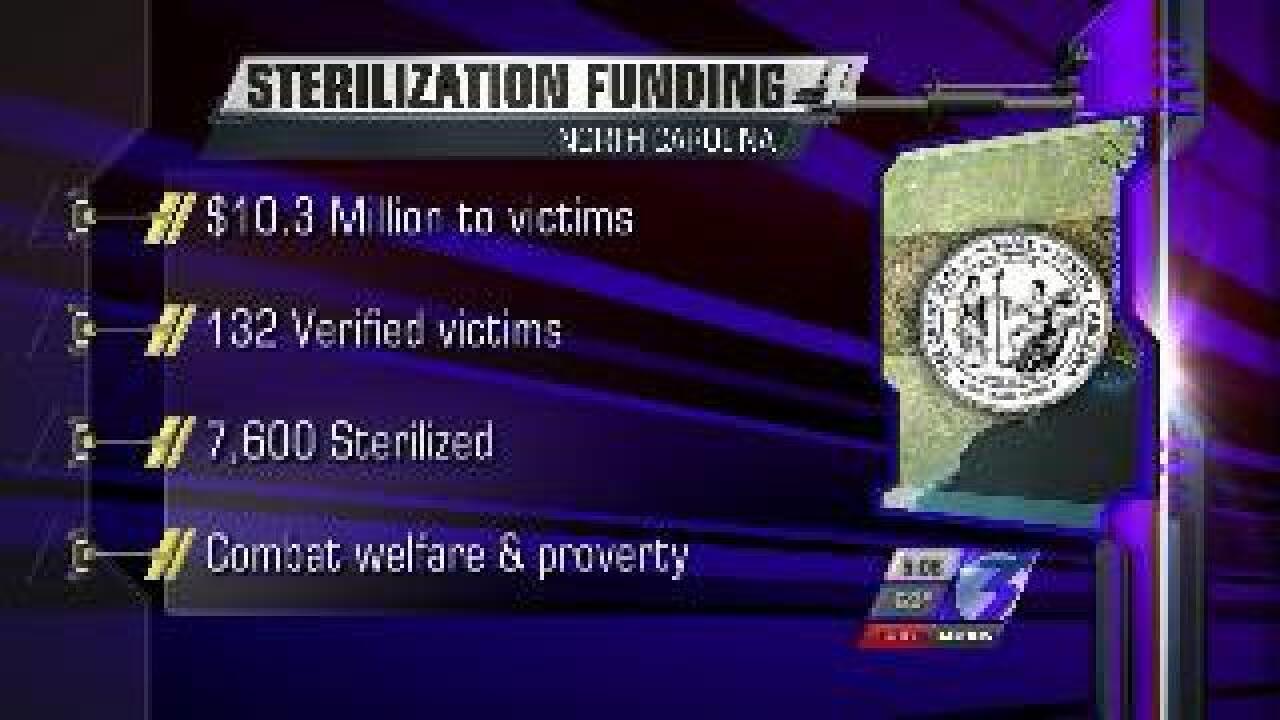 New details have emerged about sterilization victims in North Carolina.

The governor says she's going to include more than 10 million dollars in the budget proposal for victims.

The money will go to help the more than 130 verified victims of the former eugenics program.

The governor's proposal will call for funding over several years to help compensate the victims.

Many of the victims testified about what happened to them before officials last year.

People were sterilized because of their IQ, if they were rape victims, even if there were just too many children in their family.

It was seen as a way to combat poverty and welfare costs.