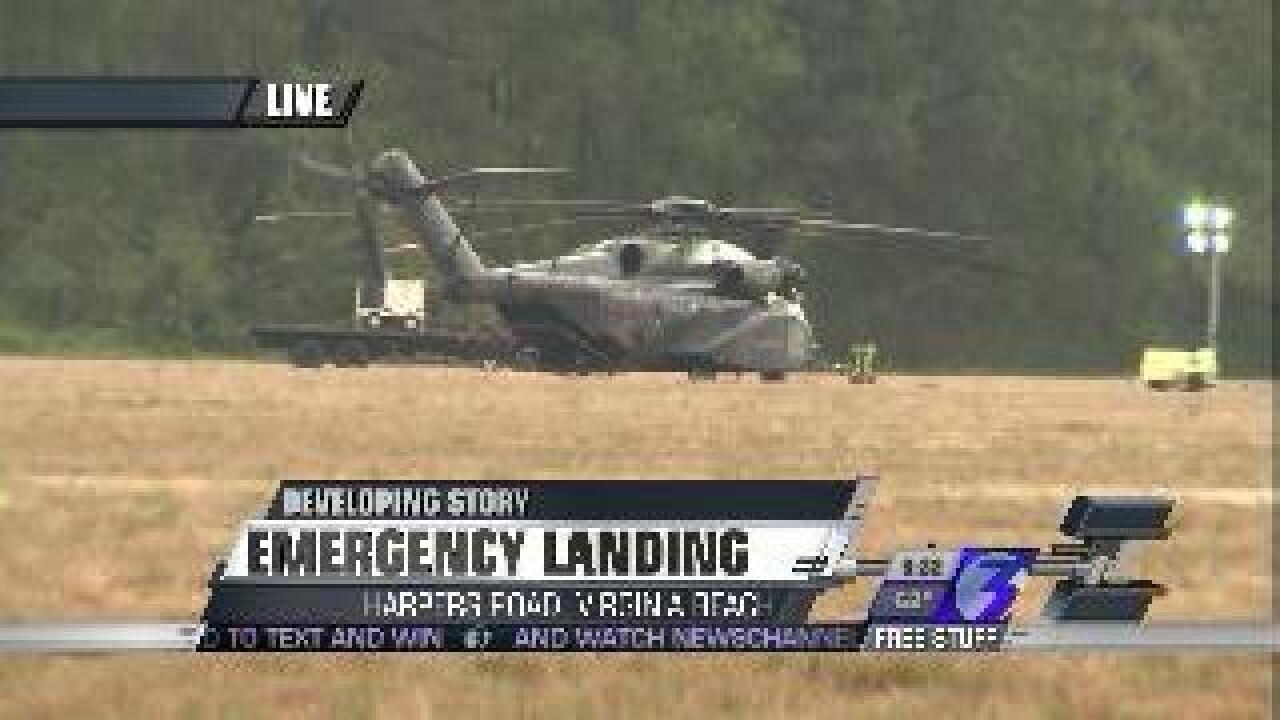 The Sea Dragon helicopter landed just 90 seconds after taking off.

It had a mechanical problem and was forced to land in an empty field on Harpers Road in Virginia Beach.

All eight crewmen on board were unharmed.

“I looked up and it flew right over me and did a circle, headed back over the field, put its nose in the air and plopped down on the ground,” says a witness.

The helicopter's fire bottle went off in error. Following the protocol of the Navy, the pilot landed it as soon as it could do so safely. No more than a third of a mile from the outer edge of Oceana.

“I could see that they were under control. I mean it wasn't an emergency type fall out of the sky type of thing. It was fully under control, but they never come over here that low. They come over here all the time but they're never that low,” the witness says.

A team of mechanics came in from Naval Station Norfolk to replace the fire bottle, but with daylight fading, the Navy decided to wait until tomorrow to take it back.

The helicopter had been training all day, starting in North Carolina. They stopped at Oceana to drop off some cargo and their day ended in the field.

“I saw the tailgate go down and I saw the crew come out, engines were still running, the motors were still turning, and the crew came out, walked around kind of scratched their heads a little bit, figured out what was going on I guess.”

The Navy says the plan for now is for the helicopter to go up around 9:30 a.m. Friday morning.