Police: Over 50 scooters and mopeds stolen in the Beach 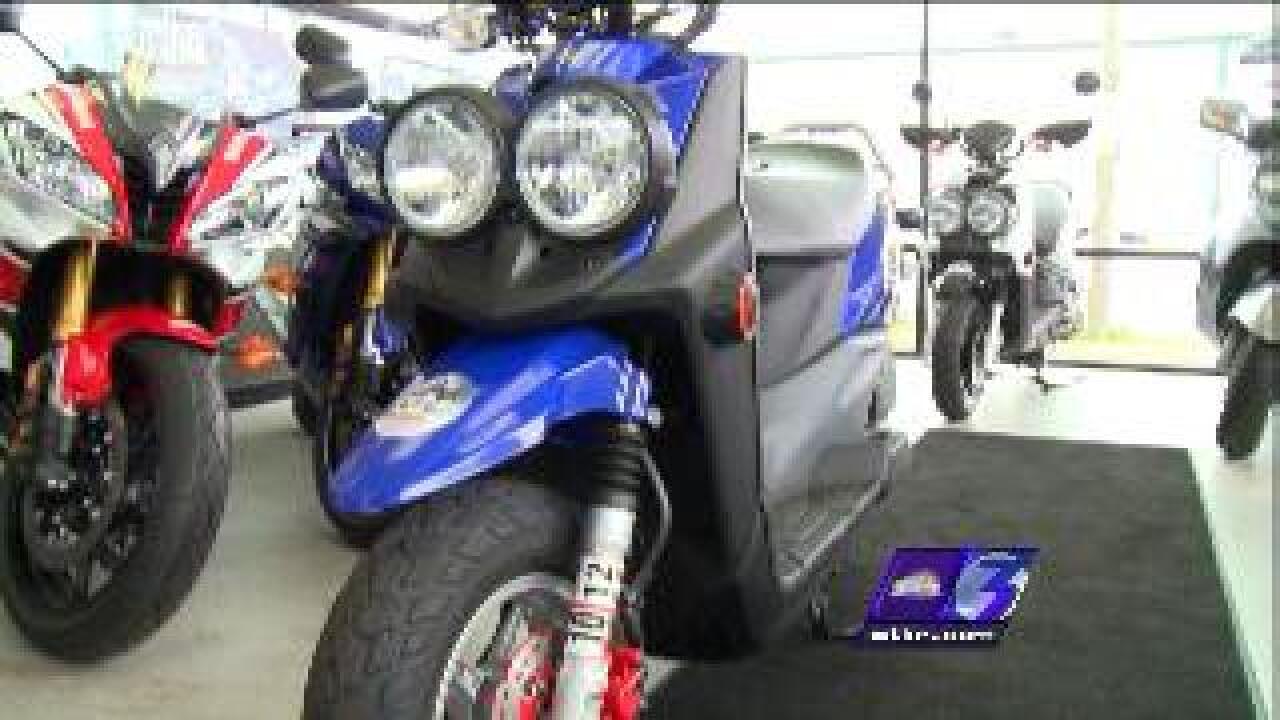 Cheryl Vasiloff, bought her scooter to save money on gas.

Each week, she only spends five dollars to fill up her tank to get to and from work.

Her problem now is making sure thieves don’t steal it because she doesn’t have a place to store it.

Virginia Beach Police say thieves have stolen more than 50 scooters and mopeds so far this year.

That’s why they are passing out a flyer, mostly to people who live in apartments.

The thieves are targeting apartments, showing up in delivery trucks and just loading the scooters in the back.

Roy Ford with Cycle World says the parts are likely scrapped and sold for thousands of dollars.

Ford says, “They don`t weigh that much, and if you leave them unattended, two big guys will pick it up in 20 seconds and they`re gone.”

Aside from using locks, another way to protect your moped or scooter is to park your car right in front of it so that it`s blocking it. This makes it harder for thieves to get away with it.

Also write your VIN number down so if it’s found, investigators can track it back to you.

These are things Vasiloff has already done as a precaution, though she’s disappointed these crimes are even happening to those who are trying to save some cash.

Vasiloff adds, “I just think it`s a shame that people are doing this because this is an economical way to ride.”