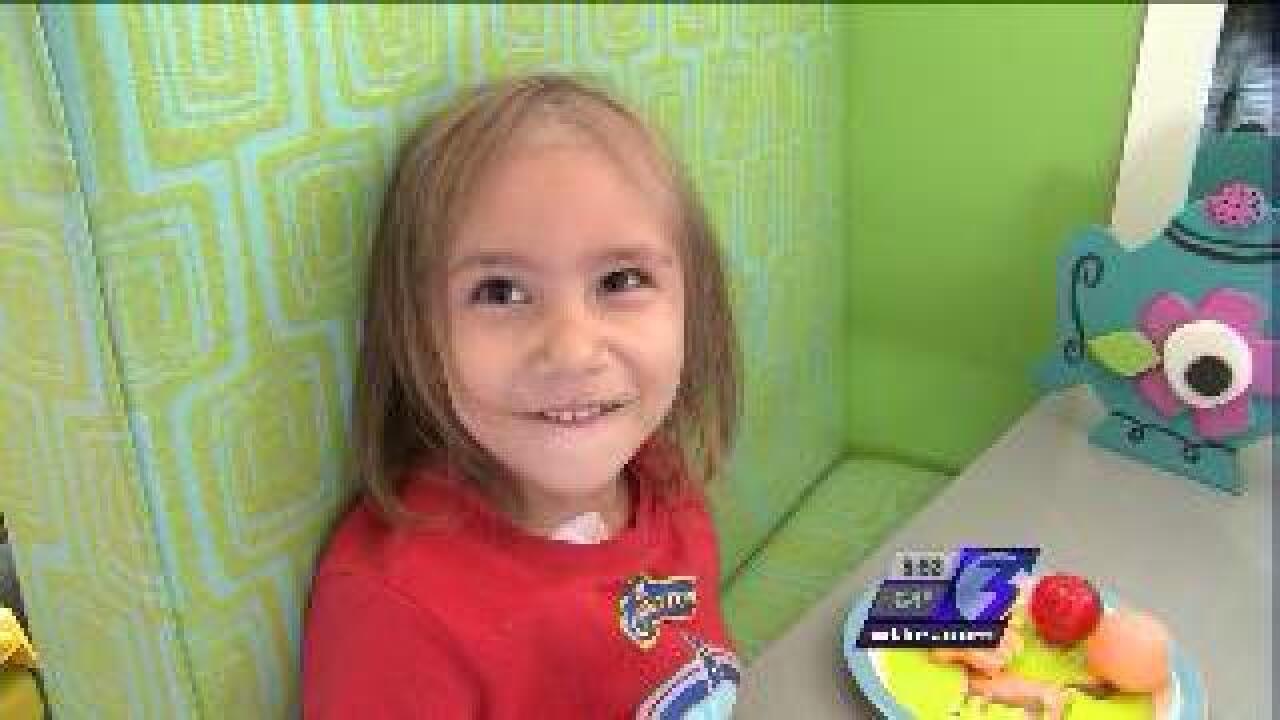 Five-year-old Jack Heming plays and is blissfully unaware of how sick he is. His father, Jason, is used to fighting the enemy in Afghanistan but he was not prepared to deal with the enemy inside of his son's brain—a cancerous tumor.

"It was hard to take in. [I] didn't really know what to think; it took us by surprise,” says SSGT Jason Heming.

The tough part for both Jason and his wife Natasha is telling jack what is happening to him without scaring him; that's where child life specialist Katherine Cejda enters the picture. She coaches parents and children so they know exactly what to expect.

"We use concrete items like picture books and dolls and medical equipment to show them what's going to happen,” says Katherine.

So far, Jack has gone through surgery, four months of chemotherapy and numerous tests. A team of doctors and researchers take care of one portion of the treatment, but the parents are given a role in the child’s emotional health.

"She told me I needed to talk to Jack and let him know what we are going through,” says Natasha.

"We really believe that kids can cope more successfully in the hospital if they know what is going on,” says Katherine.

"And which I did, and that's how we came into the hunt for the monkey,” says Natasha.

The monkey is the cancer. To cope with losing his hair and sometimes his energy, Jack has made a game of it to explain how he came to have a tumor in his head.

Childs play is used as a tool in the treatment of the kids at St. Jude; it's the best part of the job for those who work as child life specialists.

Jack's parents are more comfortable seeing the progress and knowing their son has found a way to cope with the cancer.

“It's a game for Jack; he understands he has to do treatment, that his hair is going to fall out, but it’s going to make him better,” says Natasha.

"Jack is doing great now, so [I]have to hope that continues,” says Jason.