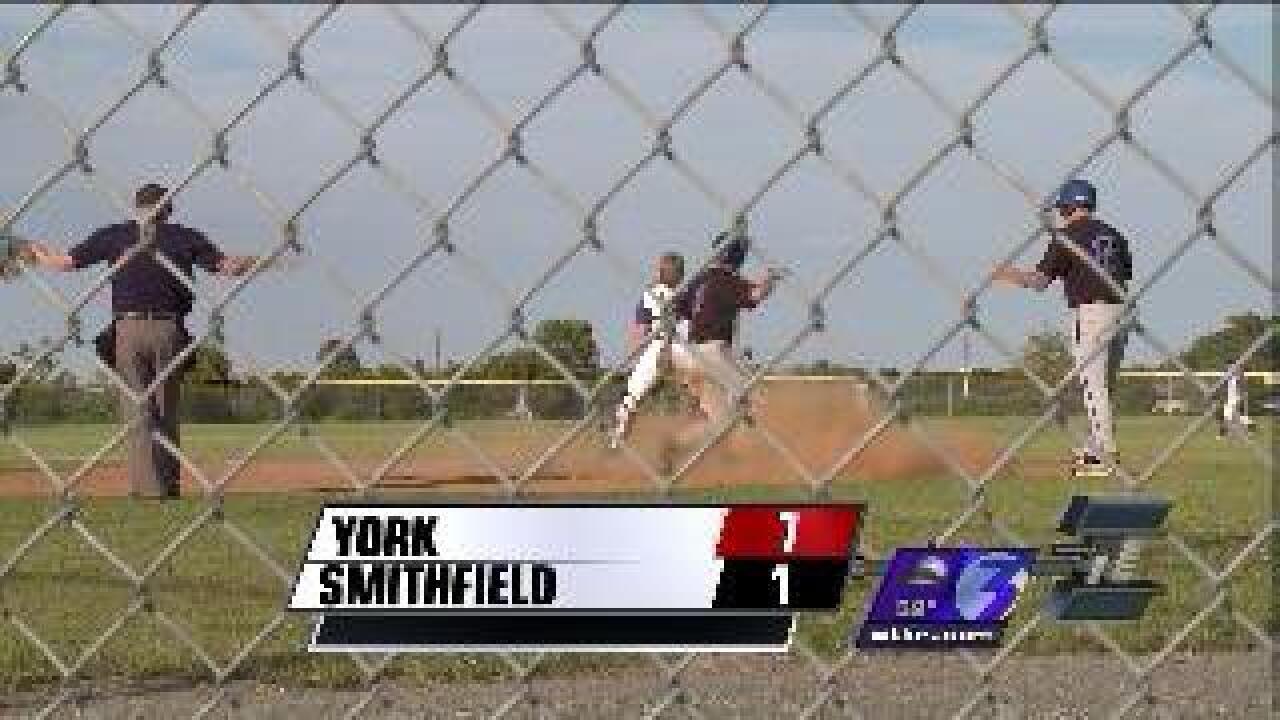 The Bay Rivers district is where the fourth place York Falcons traveled to number two Smithfield to battle it out on the softball diamond.

A game that started out as a pitcher’s duel got exciting quick as York's Kayla Dianna started her team off with a hit in the third.

The bases would become loaded off hits and Maddie Rogerson would beat out the infield hit scoring a runner.

Brie Barker then continues with the shot up the middle which would score two more putting York up 3 to nothing in the game.

Trying to rally the team, Smithfield would draw two walks in the bottom of the third.

That was when freshman Sydney got a good hold of the pitch taking it all the way over the right fielder's outstretched glove.

That would easily bring in two runs.

The Packers would continue the momentum later in the game as they would score three more, beating the York Falcons 6 to 3 in this one and bringing the district standings even closer.

And after softball, baseball was in full swing as Smithfield was also looking for a win to take York out of the top spot in the Bay Rivers.

By the fifth inning, York was up 3 to 1 in what was a low scoring game for these teams’ standards.

But Brian Willis would have something to say about that as he drives one out to center field where it's misjudged in that tough sun, landing him on second.

He would eventually make it to third on a sacrifice before Trevor Kelly slips one past the infield bringing him in to make the score 4 to 1.

York's Clark Siebels then gets another hit out of the infield which would help York continue to pile on the run insurance bringing yet another one in.

Julian White would then step up to the plate and push the pitch out to right field. As one runner comes in to score and the second runner would also be safe on the throw.

The York Falcons stay in the top spot in the Bay Rivers District, taking this one 7 to 1 over the Smithfield Packers