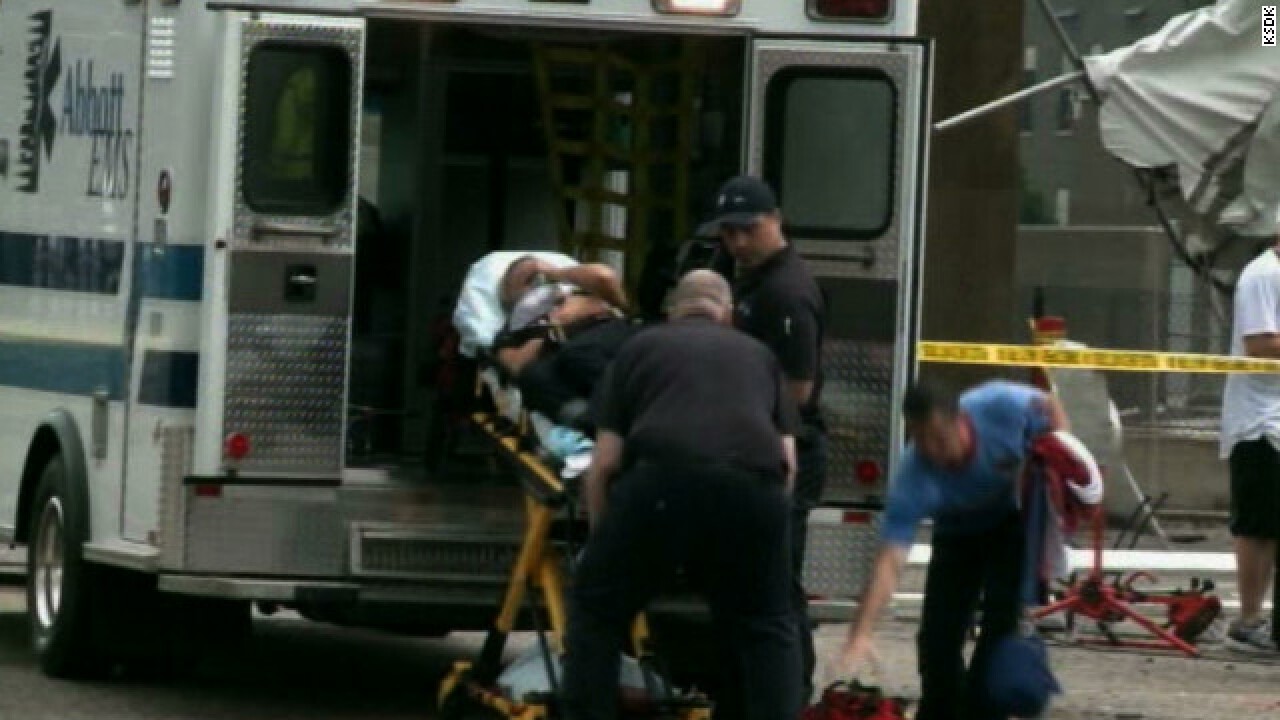 At least one person was killed and 16 others injured Saturday afternoon when a sports bar tent collapsed during a storm that swept through the St. Louis area, fire officials said.

St. Louis Cardinals baseball fans had gathered after a victory over the Milwaukee Brewers at a local bar, which had a tent set up in the rear, according to fire Capt. Dan Sutter.

The storm knocked down pieces of the tent, which is next to Busch Stadium, officials said.

“We had live wires lying on the ground. We have severe injuries to quite a few people,” said St. Louis Fire Chief Dennis Jenkerson. “This gives us nightmares.”