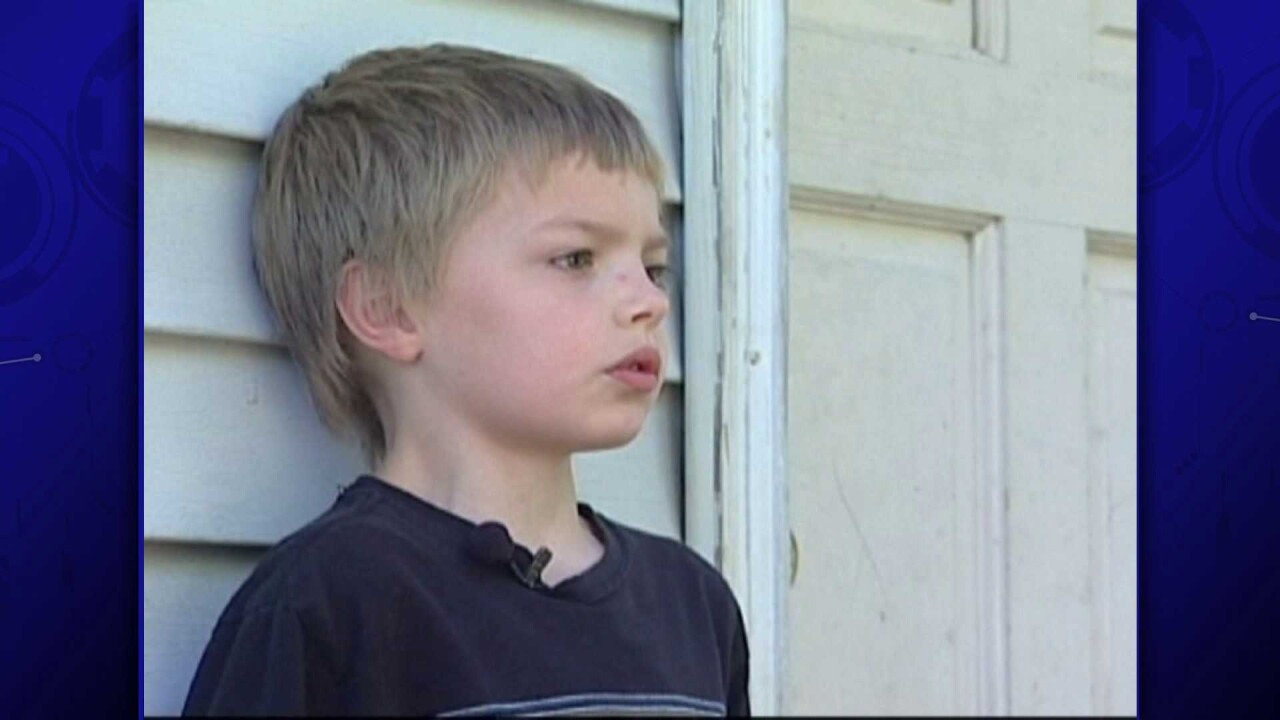 An 8 year old from Kansas fights to save his mother’s purse after police say a man  broke into the boy’s home and the robber end up at the hospital.
“I grabbed it too to try to get it so he wouldn’t take it.”
8 year-old Cade was playing games on his computer next to his mom’s purse on the couch, when he says a man entered their house.
“When I seen his face, ‘That’s nobody I’ve ever seen before.”
A shirt pulled over his head, the suspect made a grab for the purse.
“He came in and yanked on it and I yanked back and he yanked harder and he ran out the door.”
Cade yelled for mom and dad.
“We realized something’s really wrong so we take off running.”
Cade’s dog Roscoe was first out the door.
My mom saw our dogs lookin, biting this guy so my mom knew it was the bad guy.”
Cade’s dad William took off after the robber losing his house shoes and running in bare feet.
He saw the robber pull out his wife’s wallet and leave the purse behind as he chased across Harry Street.
“I stopped a lady in the car and told her, call 911.”
William chased the suspect down an embankment.
“He ran out into the middle of 135 and boom.”
Right into the path of an oncoming car.
“The lights were on, everyone was home, William says he has no idea why the suspect chose his house among all the others along this street that’s clearly labeled, a neighborhood watch zone.”
William calls the crime senseless.
There was no cash in the purse, only credit cards and a license.
“I’m very very very proud of my son, but like the officer said next time just let him take it.”
Investigators say the robber suffered a broken leg, four broken ribs and a collapsed lung.