Oceana Firefighters: Behind the scenes 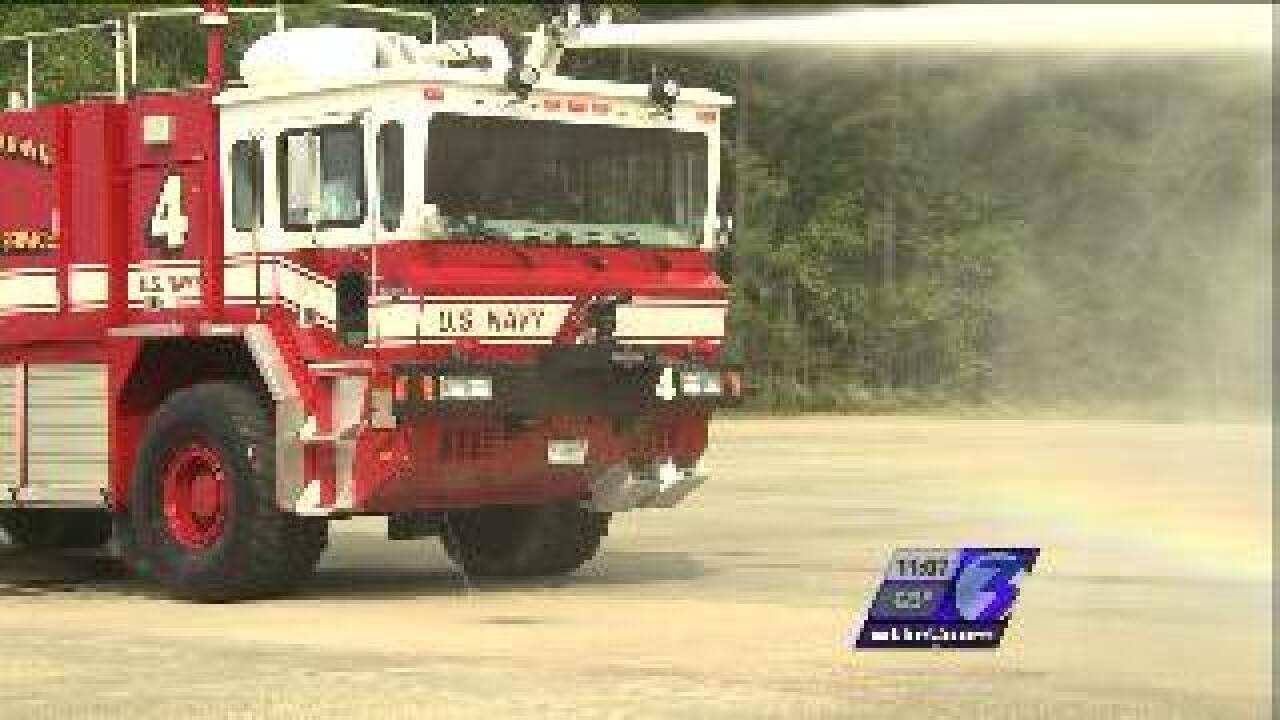 With just the pull of a trigger, a strong wave of water shoots out of a fire truck, or should we call it a fire tank.

It's the same Oceana fire truck that unloaded 1,500 gallons of water every minute three weeks ago on the Mayfair Mews apartments after a jet crashed off of Birdneck Road.

"I just didn't think about what we had to do. Just do it," says Brandon Lamay of the Oceana Fire Department.

The Oceana Fire Firefighters are among the overlooked heroes who were vital during the emergency response to the FA-18 jet crash.

Within two hours, the fire was out.

"I really didn't think much about it. Where there's a fire, where there's flames, put the foam and the water to it on the aircraft," Lamay says.

The Navy has a mutual agreement with the Virginia Beach Fire Department; they've got each other's backs.

That's what leads to good outcomes daily and created countless heroes three weeks ago; ones that aren't looking for any attention.

"It was truly miraculous and I say miraculous, but when it comes down to it, it's just hard work and training," said Bob Geis, Commanding Officer for NAS Oceana. "We train so well together that we're able to work so well together and that's the beauty of it."