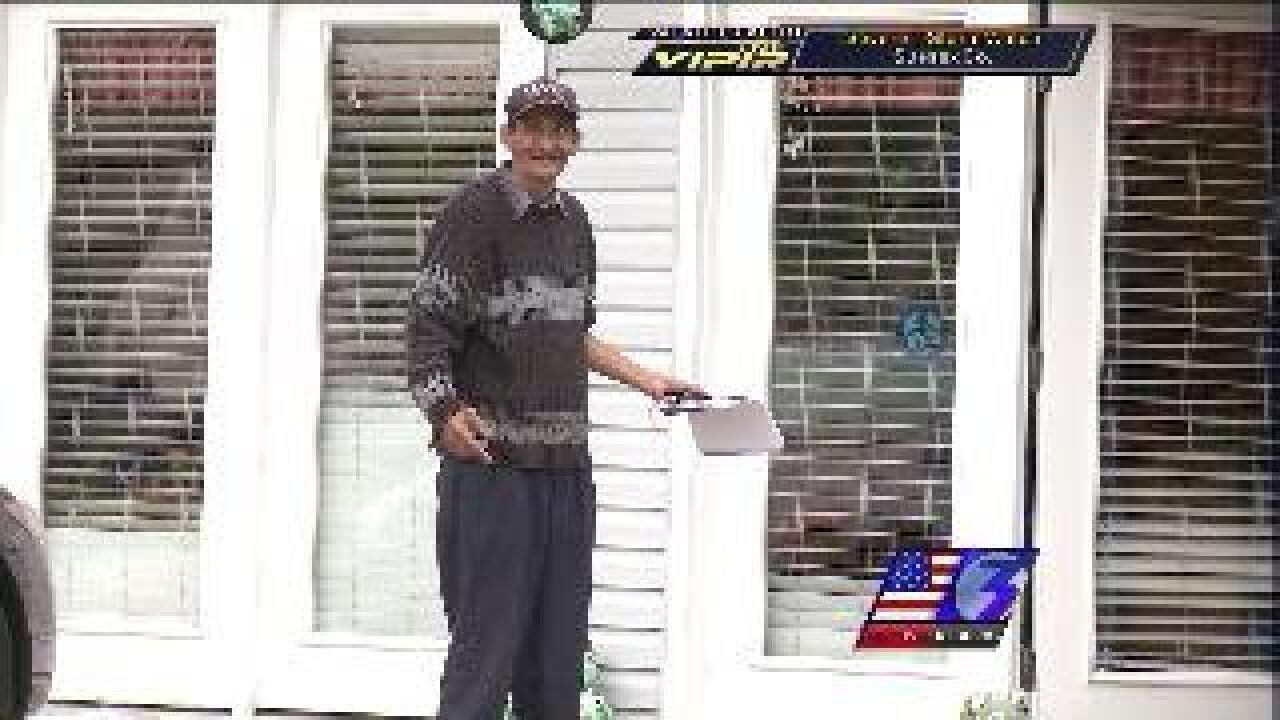 NewsChannel 3's viewers flooded our website and Facebook page with comments following our story on the pistol-packing neighborhood watchman on Monday.

Some folks in the community take issue with the fact that this man is not officially “neighborhood watch.” Others defend his right to carry a weapon whether he is legitimate or not.

Robert posted: “This is crazy, make him stop” while Lisa writes: 'You can`t go around pointing a gun at people but keeping a gun on you with proper licenses and registrations is not illegal.”

And John sums it up with “I would rather have an armed neighbor next door than police on the phone.”

It`s an issue that has raised the temperature in the normally quiet Holland Farms community.

It's not a secret in Holland Farms that Manny Ruiz patrols the community while packing heat.

The military veteran who's lived in the area for 16 years says it's his goal to help keep out the crime.

"I got friends on every corner of this community,” says Ruiz.

That friend zone changed two weeks ago when he approached a neighbor parked in her driveway showing a gun at midnight. He told her he was neighborhood watch, but cops say he's not.

“This particular subdivision does not have a neighborhood watch program and that this gentleman is posing as a captain or coordinator with the program,” says Grazia Moyers of the Virginia Beach Police Department.

The woman Manny approached says she was too frightened to go on camera, but her neighbors and Manny have two different points of view about what happened that night.

Manny says he did not intend for her to see the gun.

But she did see the gun. That fact ignited a debate on our Facebook page having  less to do with his standing as a legitimate neighborhood watchman but more about his right to carry a weapon.

Babycamemommy posted; "Why is he a nut? Because he legally carries a gun. Not all gun toting Americans are waiting to shoot someone."

Mark posted: “He is causing some of this neighbors fear and distress by displaying his firearm, trespassing and so on. Who knows what he might do next.”

Rusty writes: "The man has legal documentation to carry a concealed weapon. There are no laws forbidding someone walking through their neighborhood with said weapon to act as a neighborhood watchman."

Police agree that Manny is well within his rights.

"He has a permit.  He can legally carry a concealed weapon,” says Moyers.

Mark posted this scenario on our Facebook page: "You be the first to test his judgment. Go over there at night wearing a hooded sweatshirt and when you see him, make a movement like reaching into your pocket for your car keys, let us know how he reacts."

That is the concern of Zoe Smith.; she has reservations about Manny and his behavior, but the Texas native told NewsChannel 3 that she has no problem with guns.

"My son has a pistol in the house. He has guns in the house but he does not bring them out and patrol the neighborhood ,” says Zoe Smith, a concerned neighbor.

Virginia Beach police see this event as an opportunity for every community to take inventory of their neighborhood watch programs.

Each year, police conduct an audit. If a watch program is determined to be inactive, they lose their sign.

To find out how you can take action to protect your neighborhood, click on the links below.