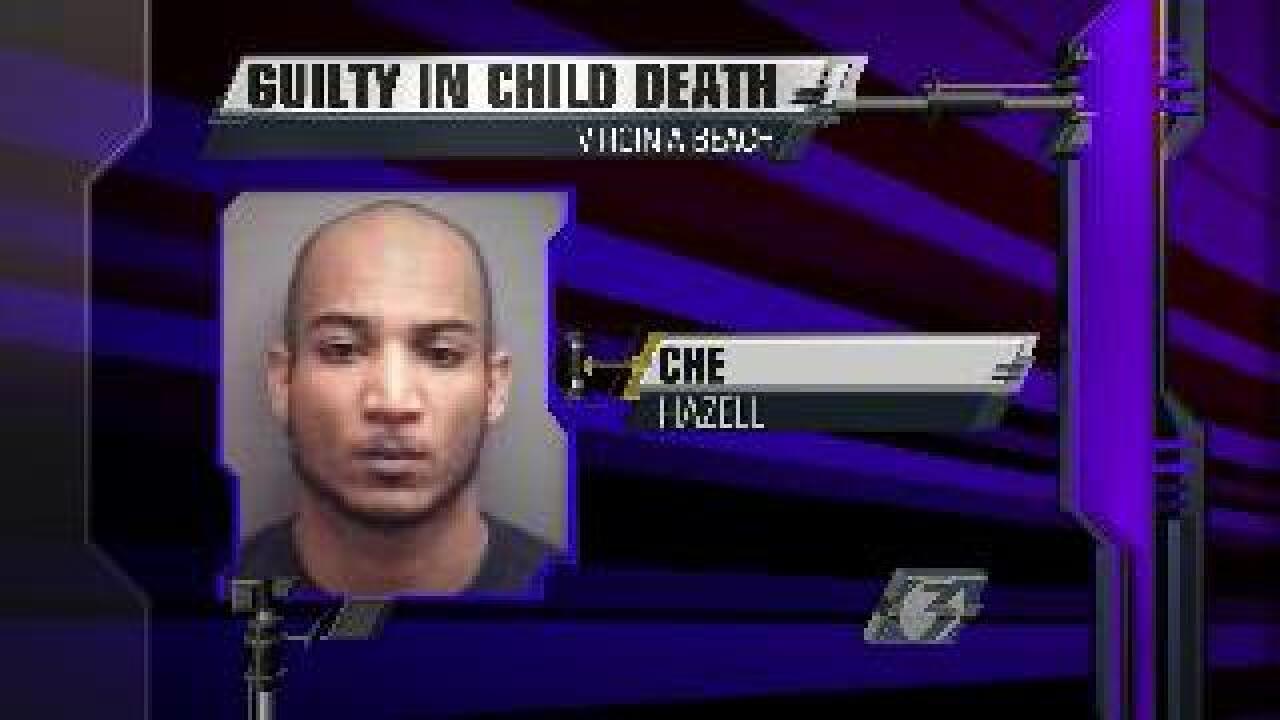 A Virginia Beach mother and her boyfriend have been found guilty in the death of her 5-year-old son.

The child was bruised and not breathing.

He was pronounced dead at the hospital.

An autopsy revealed he died of blunt force trauma.

Che and Lamour will be sentenced in August.