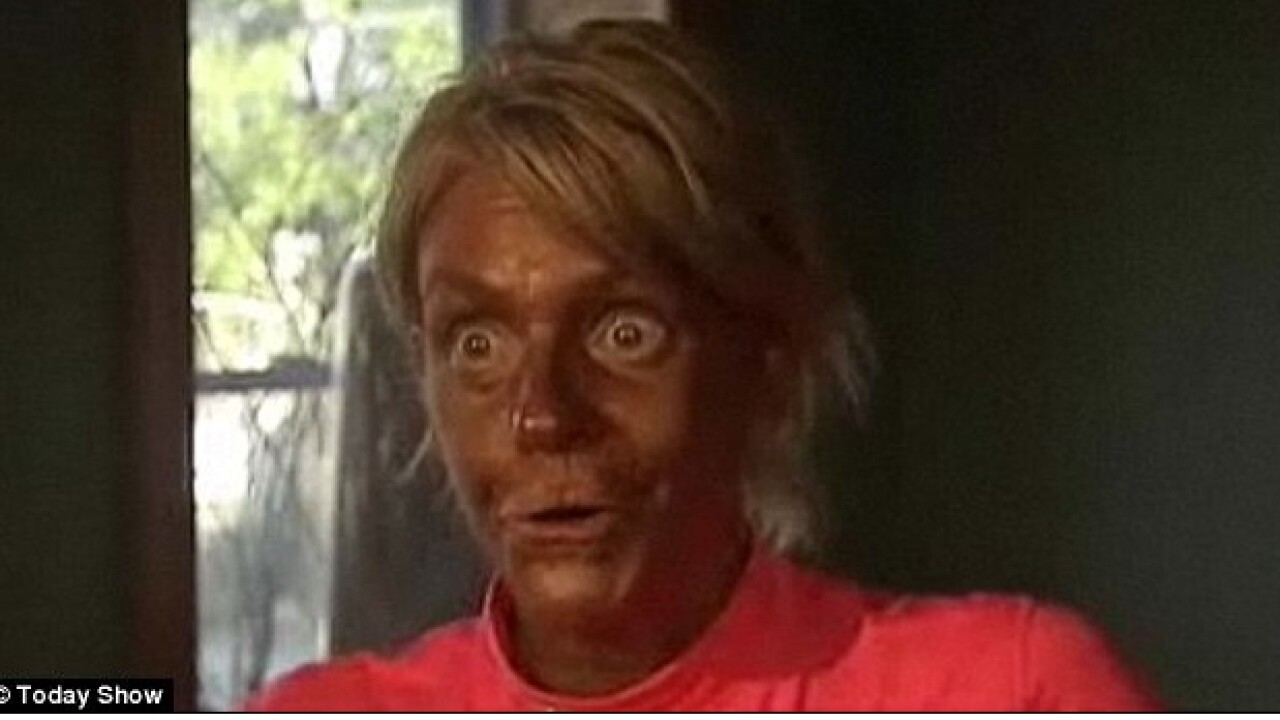 CNN –   A New Jersey mother is facing criminal charges for child endangerment after police said she put her young daughter in a tanning bed.

But Patricia Krentcil told CBS 2’s Derricke Dennis on Tuesday night that the whole thing was a big misunderstanding. Krentcil, 44, loves to tan and she may even be addicted to it.

“I’ve been tanning my whole life, going to the beach, tanning salons and so forth,” she told Dennis.

While the mother of five from Nutley, arguably pushes her own skin to the limit, she’s adamant she would never tan her 6-year-old, fair-skinned daughter Anna.

But that’s exactly why Nutley Police arrested and charged Krentcil with child endangerment – for allegedly taking Anna to a tanning salon and into an actual tanning bed, causing a slight burn.

“There’s not room – I would never permit it. It didn’t happen,” Krentcil said.

Krentcil said when the school nurse asked her daughter how she got burned, she simply said, ‘I go tanning with mommy.'” However, the woman said her daughter’s burn was not from getting into a tanning bed, but from being outside and playing in the backyard.

“She’s 6 years old. Yes, she does go tanning with mommy, but not in the booth,” Krentcil said.

While little Anna might not be able to tell the story exactly as it happened, Krentcil is still in trouble with the law.

“The whole thing’s preposterous!” she said.

Krentcil said the incident has darkened her favorite hobby, but not enough to stop.