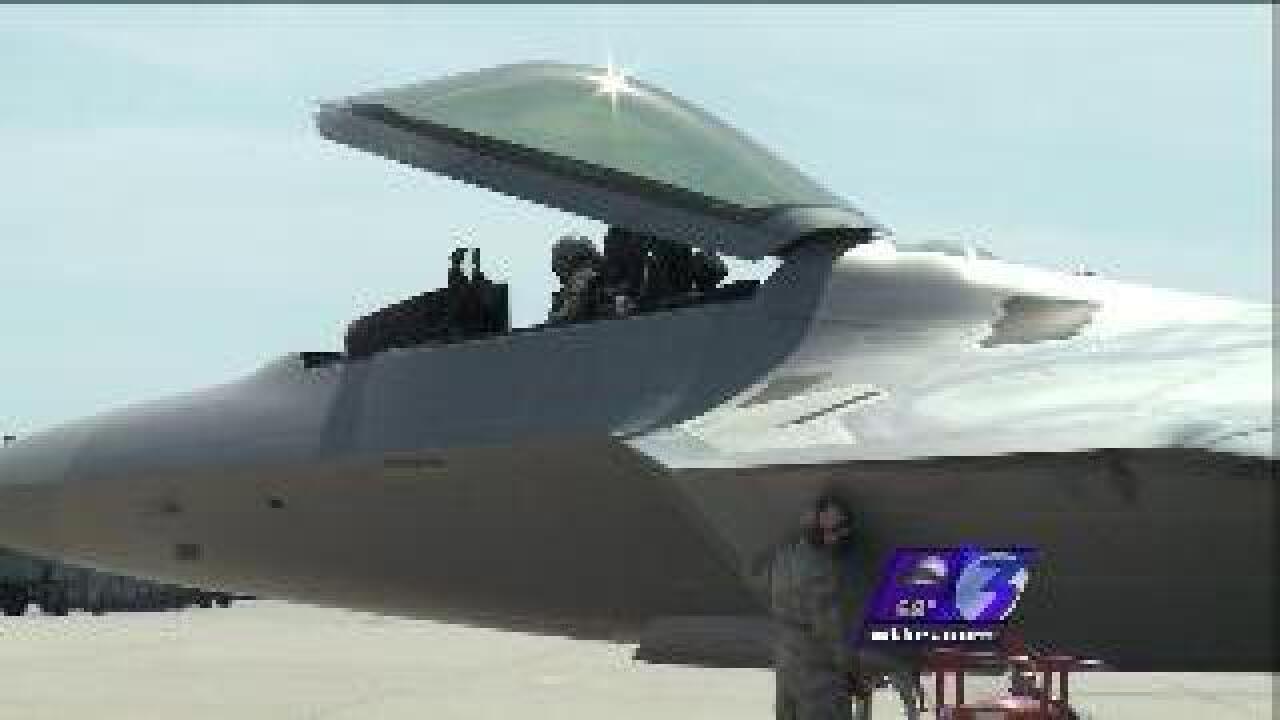 They don't feel comfortable flying.  That is what two locally based pilots are saying about the F-22 Raptors.

Major Jeremy Gordon and Captain Josh Wilson both experienced a very scary condition called Hypoxia while flying the F-22 Raptor.  Hypoxia is when a person's body does not get enough air. "The onset of this is insidious. Some pilots will go the entire mission, land and not know anything went wrong."

Last year, on more than one occasion, Langley's entire fleet of F-22's were temporarily grounded after a pilot had symptoms of Hypoxia.  While the jets are now back in the air, these two pilots stay grounded.  They say they don't feel comfortable and they refuse to fly the Raptors.  The men are risking their wings and becoming military whistleblowers by speaking out against the jets.

Captain Wilson recounts his terrifying experience during a training mission.

"Several times during the flight, I had to really, really concentrate.  Immense concentration on doing simple simple tasks."

When he realized he was losing control, he wanted to get back to safety, but he couldn't figure out how.

He says the lack of oxygen left him disorientated.  "Training tells you if you suspect something's probably going on, go ahead and pull your emergency oxygen and come back home.  When I did make that decision to pull the emergency oxygen ring,  I couldn`t find it.  I couldn`t remember what part of the aircraft it was in."

The pilots spoke exclusively with 60 Minutes, and there is a lot more to their story.  You can see all of it only here on NewsChannel 3 this Sunday at 7:00.