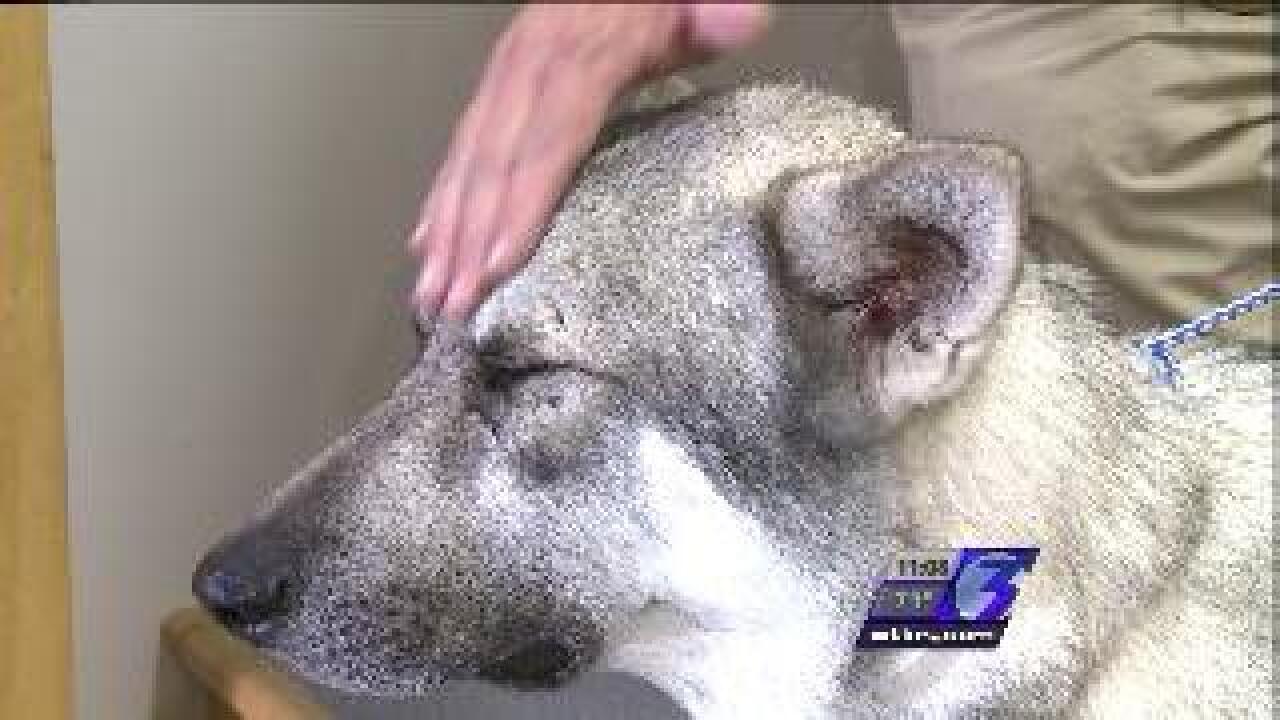 Tonight their owners are trying to figure out what comes next - as they wonder who could be targeting their dogs.

Officials say this is not the first time the dogs have gotten sick for this reason.

"You've got to be kidding me. How can he strike again and do the same thing over and over again? In the exact same way?" said John Bannow, dog owner.

Last year, Jager and the three more of John Bannow's dogs found fish that had been coated with anti-freeze in their back yard.

They gobbled them up and got sick - very sick.

The same thing happened today, but two of the dogs suffered kidney damage - and the dialysis to keep them alive is more than $10,000 per dog, and Bannow can't afford to pay for it.

With a heavy heart and puzzled mind, Bannow doesn't know what to do.

Who's doing this to his dogs?

"Why did they do it in the first place? Let alone a second time? I believe I'm being targeted," Bannow says.

Jager does not deserve this - no dog does.

"They didn't want to see him again this way. But they're seeing him again and they remember him."

He left helplessly wondering what else he can do to prevent it from happening again.

Jager is okay, but Bannow is about to lose two of his dogs. He can't bear to lose another.