Military Mold: Woman says her moldy furniture put her in the hospital 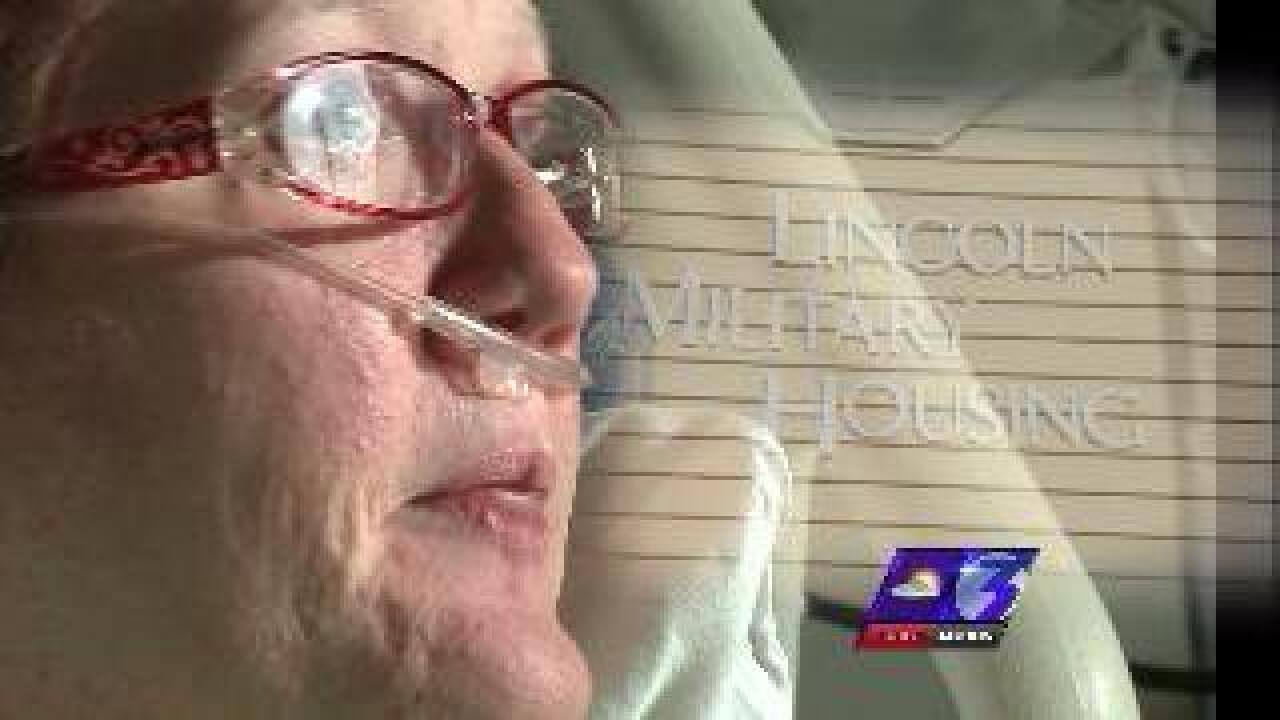 "To me, my house is a death sentence." Navy wife Heather Coleman says it’s her Lincoln Military home that put her in the hospital. She is confined to a bed in the intensive care unit at Sentara Virginia Beach General.

Hooked up to a breathing machine, she is poked and prodded by doctors trying to figure out why her lungs are shutting down.

“The worst feeling in the world is not being able to breathe,” says Coleman. “Trying to breathe now, I have to think about it, because it’s hard.”

Signs on one side of her room warn doctors how allergic she is while the other side displays loving messages from her kids willing her to get better.

“For my kids and my husband, not to know if I’m going to live, to watch me be vented, it’s very emotional for me. I don’t tell my husband, don’t tell people, that I’m scared. It’s a very real fear,” says Coleman.

This was not Heather's first time in the ICU, she was hospitalized last November after she says Lincoln Military Housing maintenance workers cut into the ceiling of her Shelton Circle home to do work.

“It kept raining through my kitchen,” said Coleman. “The regular contractor did it. I was in the home, and I got sick from mold dust.”

One month after Heather’s first hospital stay, Lincoln's own mold tests confirmed what she already knew--inspectors found significant mold inside her HVAC system, which provided the air she and her family were breathing. Lincoln moved Heather into a new home along with all of her belongings.

“My husband was deployed and I had to be the one to do the move,” said Coleman. “When I showed up, just for the packers, I started getting sick.”

Within a month of living in that new home--she went to the emergency room again.

Her medical records show her respiratory, cardiac and circulatory systems were all at risk for life-threatening failure.

“The doctors, they are concerned for me when I go home because they say my lungs can't take much more,” said Coleman.

According to her medical records, doctors are looking into environmental triggers as a cause for her violent reactions.

The answer, according to mold remediation experts, could be in Heather's furniture and belongings.

They say when a home has high levels of mold contamination, the furniture inside it should also be tested and cleaned.

”You don’t want to cross contaminate. It’s important to get things cleaned the first time, versus transferring items from one place to another place,” said Anthony Ortiz, owner of PuroClean in Hampton Roads.

Ortiz was hired to clean the belongings of former Lincoln Military resident Shelley Federico, the first to come forward to NewsChannel 3 last year about mold and water damage.

Because of high levels of stachybotrys in her home, most of her stuff had to be tossed.

After Heather's reaction to her own furniture, she decided to test her belongings. Both air and tape samples came back positive for low levels of mold contamination.

Heather says with her weakened immune system, doctors feel it was still enough to affect her. Her lawyers even wrote a letter to Lincoln, saying her doctors don't want her going home until everything has been cleaned.

”My favorite pillow, I had it here in the hospital and the doctors made them take it out because it came from my home,” said Coleman.

So far, correspondence between Heather's lawyers and Lincoln show the company is not willing to cooperate with the doctor’s request. On their own, this military family simply cannot afford the costs.

“If Lincoln would just admit it and help us, that’s all we want. That’s all any of us want,” says Coleman.

Heather is now out of the hospital, but living in a hotel, hoping that Lincoln will change their minds about her furniture cleaning.

NewsChannel 3 again asked Lincoln for an on-camera interview about Heather's case; they said no, but they did give answers to several questions we asked.

In terms of the company policy on cleaning furniture, Lincoln says their experts do a visual inspection on people's belongings during mold tests, and they look for visible mold growth or water damage.

If nothing is seen, no further testing is warranted.

If something is seen or if the furniture is in a visibly moldy environment, an inspector would test the furniture and the results would decide if property needed to be remediated.

In cases like Heather's where there is medical documentation, Lincoln says they will consult with Navy Medical and industrial hygenists to see if the furniture testing policy needs to be overruled.